Get faced with the human made threat of nature in the Arctic or in the rainforest; learn what it’s like to be homeless or to live in a refugee camp; make a trip back to your first year of life or to the old age – LET’S CEE Film Festival makes it possible. Under the motto “Let’s Open Your Mind”, the organisers are bringing virtual reality films from all over the world to Vienna for the first time. Thanks to the support of renowned partners such as United Nations, Greenpeace International, Stanford University’s Virtual Human Interaction Lab, USC Shoah Foundation, WIDE and The Guardian, a high-quality as well as visually strong offer of socio-politically engaged cinema will be shown. Sitting on a swivel chair with a VR headset and headphones, VR Cinema makes you, so to speak, the focal point and part of the film thanks to 360-degree images.

LET’S CEE will set up two VR lounges: one at 4GAMECHANGERS, a festival for influencers and visionaries (18-20 April) and the second at Village Cinema Wien Mitte (21-22 April) with support of the presenting partner Cineplexx International. Admission is free, as is the whole short film programme at LET’S CEE.

The hardly publicly funded Austrian festival, which tries to make a significant positive contribution to a modern and exemplary understanding of intercultural dialogue year by year, runs from 13 to 22 April in Vienna, Graz, Salzburg and Villach, the VR films can be seen from18 to 22 April in Vienna. 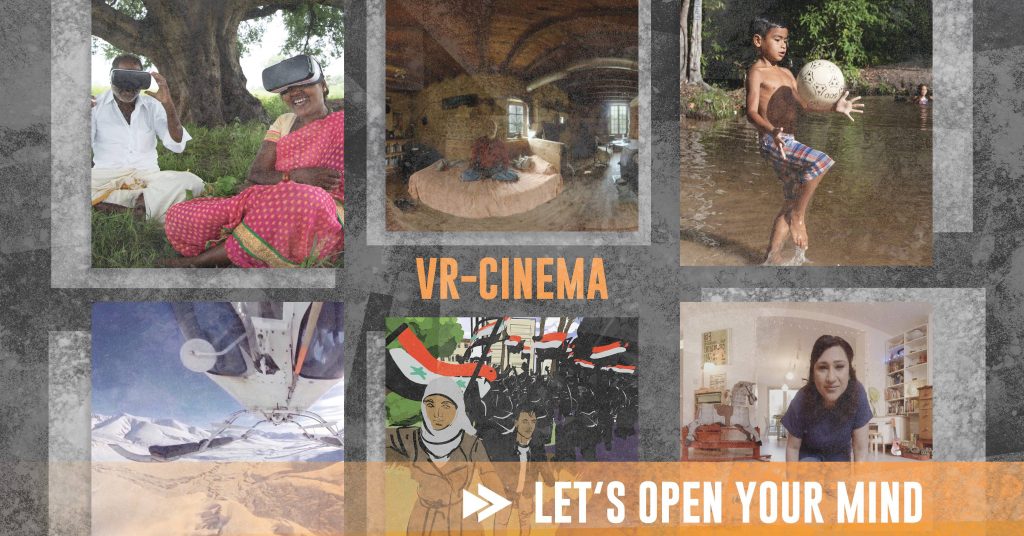 Twelve-year-old Sidra walks us through her “home”, the Zaatari refugee camp in Jordan. It houses 130,000 Syrian war refugees, half of them children.

Activist Sônia takes the spectators to the Amazon’s rainforest, where their Guajajara people are fighting desperately against the destruction of their habitat.

Sea Prayer | UK 2017 | 7 min. | English | Khaled Hosseini / UN SDG Action Campaign On the second anniversary of the death of a three-year-old Syrian boy on the Greek coast, Khaled Hosseini wrote an imaginary letter of a Syrian father to his son.

Arctic 360 | UK 2016 | 3 min. | English | Francesca Panetta, Nicole Jackson / The Guardian A virtual reality trip to the Arctic, which was filmed under environmentally-friendly conditions, shows the terrible consequences of human behavior.

You can experience what it’s like to be homeless, protect yourself and try to save your home while living on the street.

First Impressions | UK 2017 | 6 min. | English | Francesca Panetta, Nicole Jackson / The Guardian One experiences the first year of life from the viewpoint of a baby, interacting with the environment like a baby. A time span that none of us can remember.

An exceptional VR experience: We find ourselves amidst the indigenous Munduruku in Amazonia who, due to a dam project, have to struggle for existence.

Her father married her off when she was 13, but like many Indian girls, Ramadevi was then sold to a brothel. Now she fights against the sexual slave trade.

A VR experience about the last phase of existence. You can immerse yourself in the lives of two old men preparing for their final days.

In July 2016, Holocaust survivor Pinchas Gutter visits the Majdanek concentration camp. The Last Goodbye is a testimony of love, compassion and the human spirit. 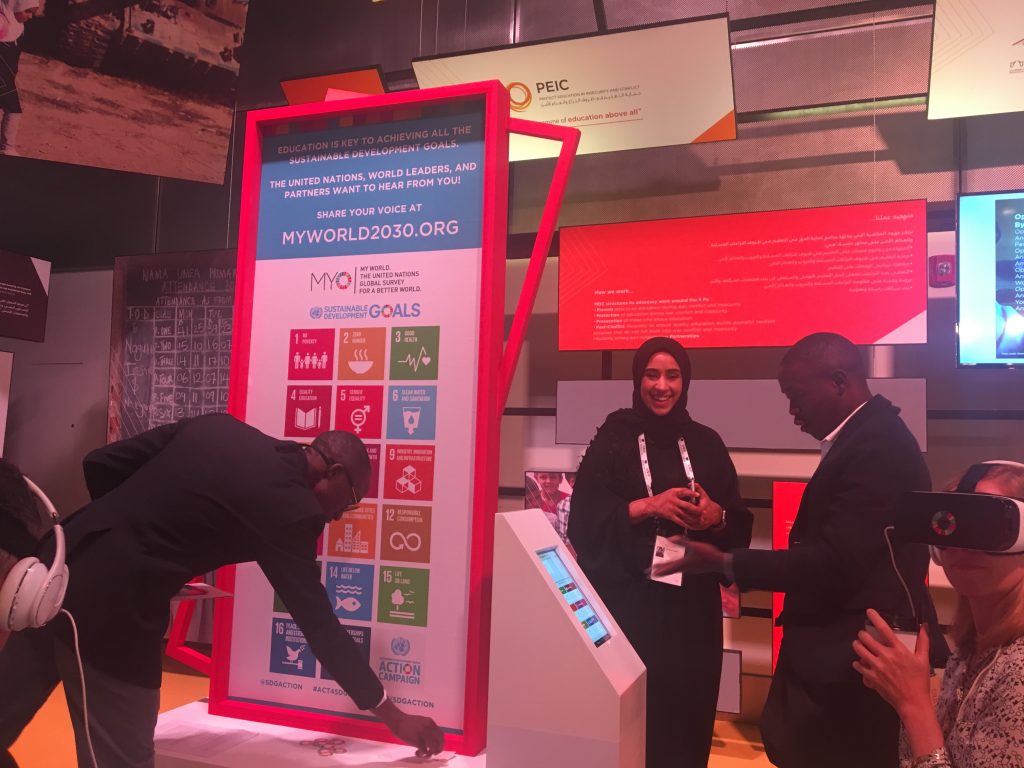 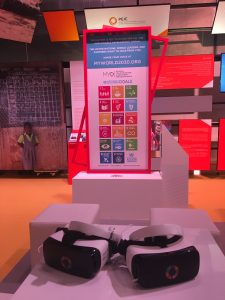 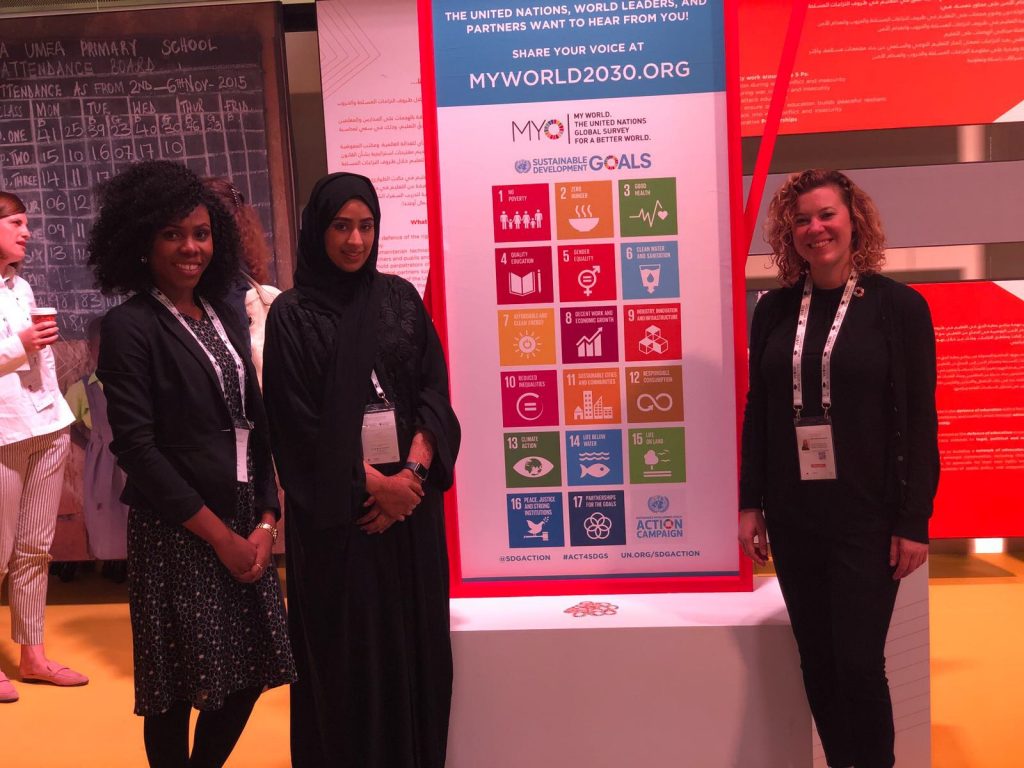 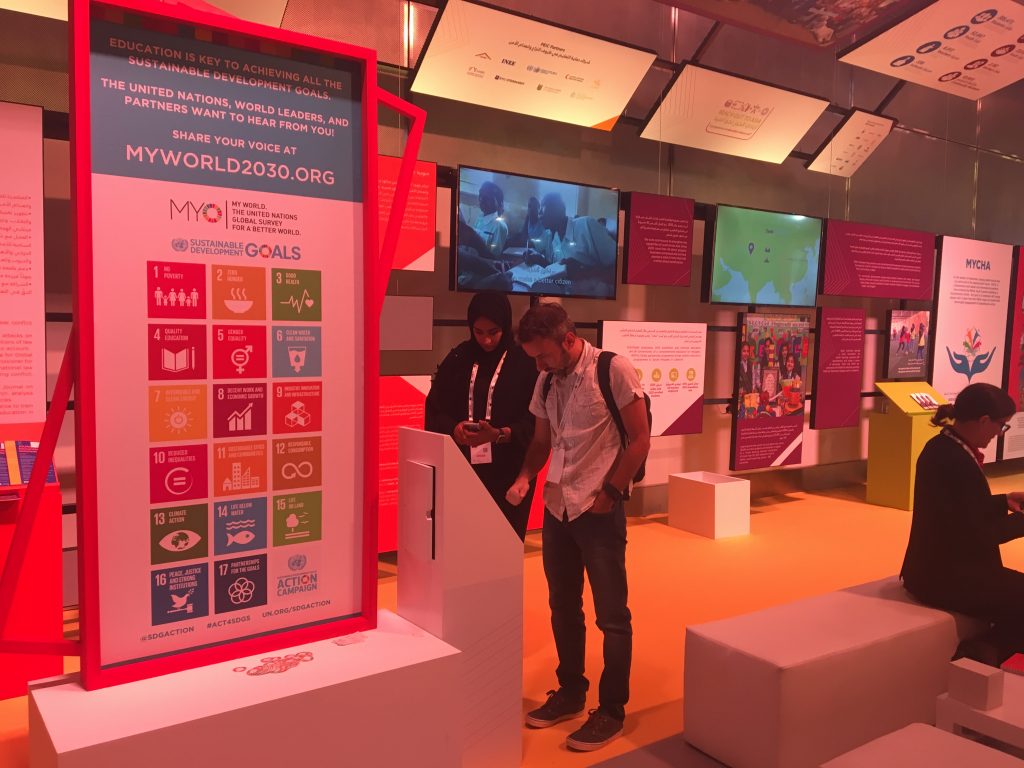 “SDGs is about people, this is about leaving no one behind, about creating a world for our current generations, for our future generations.”It has to be about having a new vision, a new paradigm with implementation from all sectors. We want Europe to be leading from the front and Belgium is in a strong position to be a champion of change.” Barbara Pesce-Monteiro, United Nations Representative in Belgium urged to innovative thinking, stronger partnerships and more ambition in the implementation of the Sustainable Development Goals.

“Combating inequality matters and our lifestyles matter to meeting the sustainable development goals. We need a whole of society approach and the center of gravity for political innovation lies within cities and people. We have an impressive set of initiatives run by associations in Belgium that provide civic platforms between people and the government.” Olivier De Schutter, former UN Special Rapporteur on the right to food,  highlighted that we must all start changing the way we live.

On 23 November, representatives from private sector, local governments, civil society organisations and  students took part in a one-day inter-ministerial conference to tackle how Belgium can implement the Agenda 2030 and oversee a truly transformative multi-stakeholder approach.

The UN SDG Action Campaign, along with the UN and UNDP in Brussels, organized an SDG Action Zone, occupying a central space to engage visitors on the Sustainable Development Goals, bring the voices of children, men a women from around the world and their needs to the center of the discussions. 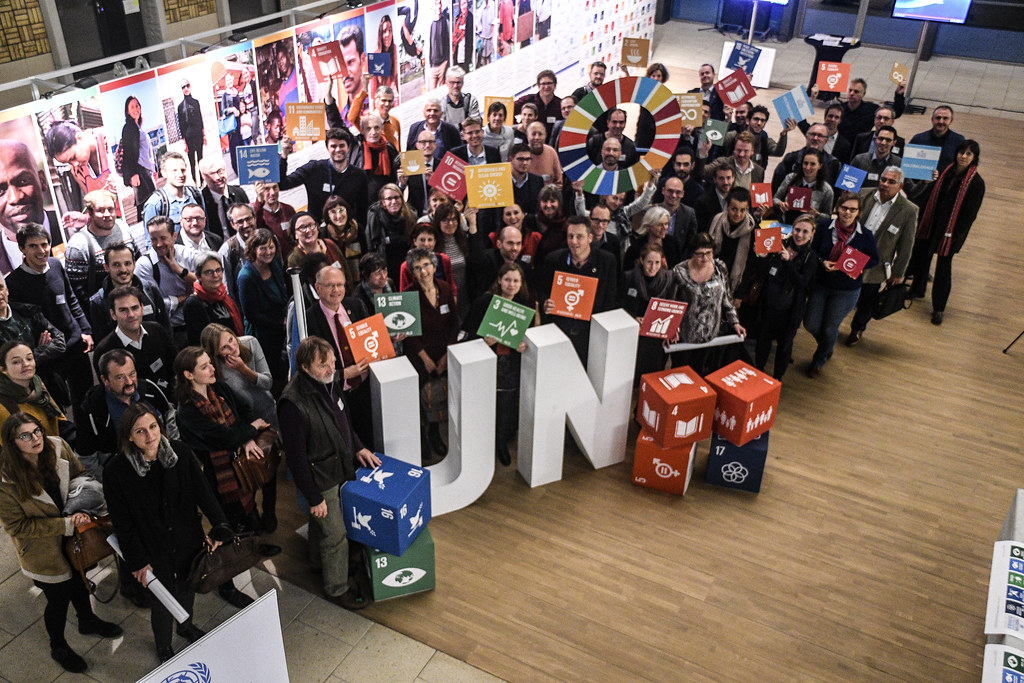 Professionals developing world class innovation discuss the real potential of virtual reality and new media and the challenges that lay ahead:  How do we make sure it brings a positive impact to global issues.? How can we bring it to everyone and really use it to help the people who need it the most?

To convey the stories of the most vulnerable people in the world and bring them home to the decision makers and global citizens around the world, pushing the bounds of empathy, the UN SDG Action Campaign has coordinated the United Nations Virtual Reality Series since 2015.

This discussion happened during the first Global Festival of Ideas for Sustainable Development. Watch more: http://globalfestivalofideas.org/

The Asia Pacific Forum on Sustainable Development is being held in Bangkok, Thailand from May 21-22 and the UN Millennium Campaign will be there displaying the peoples’ voices through the Data Playground, virtual reality, and Humans of MY World.

What is the Asia Pacific Forum on Sustainable Development?

The forum will be a multi-stakeholder dialogue on three key issues: (a) practical approaches for integration of the three dimensions of sustainable development; (b) the potential for a regional monitoring and accountability framework; and (c) the form and function of the Forum beyond 2015. The theme of this year’s session is “Strengthening integration, implementation and review for Sustainable Development in Asia and the Pacific.”

UN Millennium Campaign will be hosting a Data Playground at the forum for visitors to explore and interact with the MY World data, a virtual reality film screening called Clouds Over Sidra, and a Humans of MY World photo exhibition.

What is a Data Playground?

The Data Playground is an interactive display of the MY World data. Using large touch screens, viewers can touch and play with the data, making “big data” fun and exciting. This is perfect for all ages and will be on display at the Forum in Bangkok on May 21.

The Millennium Campaign offers the unique opportunity to get right into the life of a little girl living in a Syrian refugee camp in Jordan–thanks to the technology of virtual reality. The film Clouds Over Sidra is a virtual reality film made in collaboration with renowned virtual reality filmmaker Chris Milk that allows you to feel as if you were really in the Zaatari refugee camp with the main character, Sida. As Chris Milk recently stated in a TED Talk, “When [Sidra] is sitting in her room, you’re sitting there with her. You look down and you can see the carpet you both are sitting on. And because of that you see her humanity in a different way.” See what opportunities virtual reality has in store for the future of development!

Humans of MY World

The Millennium Campaign will also be hosting a photo exhibition displaying the peoples’ voices behind the data. In this intimate photo series, people explain what their top MY World priorities are for Post-2015 and why it is so important to them. Go beyond the numbers, get into the stories, and see the human side of MY World.