After thousands of kilometres of dirt roads, small mountain paths, jungle trails and deserts, through 20 countries on two continents, UN Youth Delegate Jilt Van Schayik and Teun Meulepas arrived to Cape Town, South Africa! Throughout this six-month cycling odyssey from Amsterdam to Cape Town, aimed at hearing what people – and youth in particular – have to say about the development of the new United Nations Sustainable Development Goals through MY World, Humans of MY World, HeforShe Campaign, and Building Bridges Youth consultations. UN Women Executive Director Phumzile Mlambo-Ngcuka and Cape Town Mayor Patricia de Lille attended a ceremony to mark the end of their journey on 12 August, International Youth Day.

Armed only with the gear that fit on their bicycles, a computer and a camera, they worked with young ambassadors in each country to organize forums and consultations discussing gender issues as well as results from the MY World Survey so as to understand the specific development priorities of young people in each country. They also visited community initiatives, and involved people they met along the way from rural and urban settings through a photo series called Humans of MY World. They accomplished the trip with very modest means, relying on the kindness of strangers and many times sleeping in the homes of those they met along the way.

END_OF_DOCUMENT_TOKEN_TO_BE_REPLACED 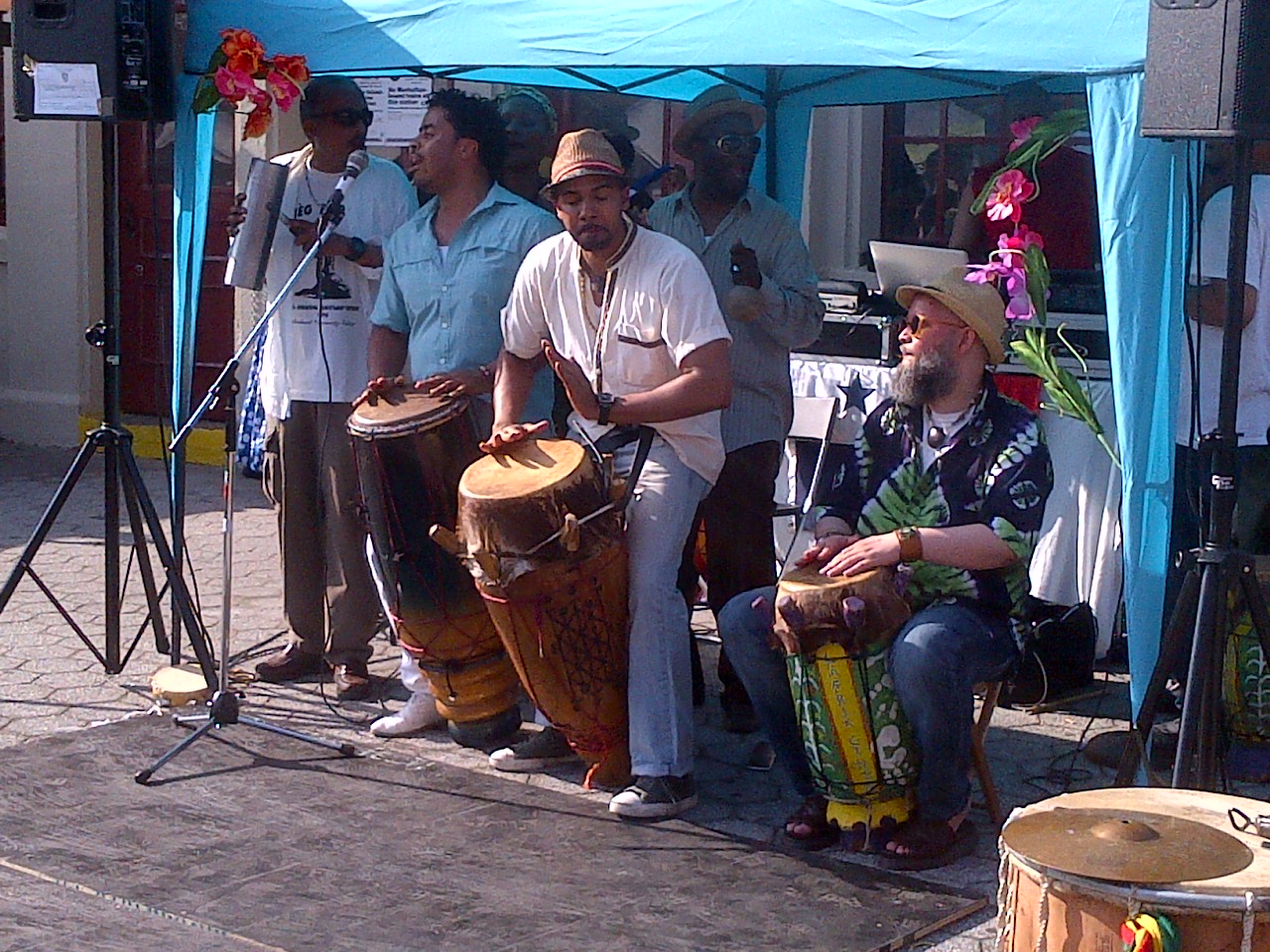 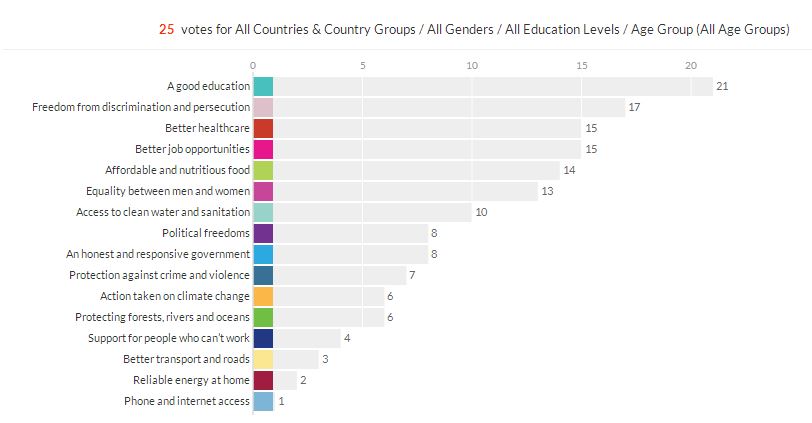 END_OF_DOCUMENT_TOKEN_TO_BE_REPLACED

The United Nations Millennium Campaign and World Association of Girl Guides and Girl Scouts (WAGGGS) co-hosted “The World We Want for Girls, from #MDGs to #post2015 agenda” – a side event during The Commission on the Status of Women, #CSW58. The event was moderated by Amy Graham from WAGGGs. It was live tweeted (twitter.com/@myworld2015 and twitter.com/waggs_delegates), and the webcast can be seen here: .

The event began with a presentation on interesting findings regarding girls and young women from the MY World Survey by María Faré Garcia, Project Manager of MY World. The survey, already answered by 1.5 million people in 194 countries, is available on website, by SMS and by paper and pen ballot with the help of over 700 partners. Respondants are asked to choose six out of 16 priorities which would help them and their families live in a better world. Globally, the gender divide in voting is equal except in SMS voting, which is 70% male. Almost 30% of MY world respondents are girls and young women. “Equality between men and women” ranks eighth with females aged 16-30, and 13th with males of same age. This data is available at data.myworld2015.org.

Emmeline Versoza, Executive Director of the Philippine Commission on Women, spoke of the amazing progress that the Phillipines has made on MDGs by prioritizing women in their development agenda. She emphasized the need for a standalone goal on the empowerment of women and girls in the post-2015 agenda.

“All over the world, 800 women a day still die from complications in childbirth” said Nanette Braun, Advocacy and Communications Specialist from UN Women.  “MDG progress for women and girls has been much too slow,” she continued, revealing the new post-2015 Beijing initiative to be launched in the coming months which will focus on accelerating progress. She advocated for more focus on violence against women, access to education and empowerment for leadership skills in girls, and for women in leadership.

The most touching moment of the event occurred when Beatrice Omweri, a Girl Guide in Kenya, told about her every day reality. She delcared that “I am here today to say no to violence and to see a world where equality is a reality.” She spoke about how climate change affects her life as a young African woman, especially in fetching water for her family. “Is it a crime to be born a woman?” she wondered aloud through tears. Girl guiding has given her hope, and helped her own empowerment and those of the girls around her.

Moved by the speakers before him, Gerardo Porteny from Young Men 4 Gender Equality began, “being surrounded by so many woman leaders inspires me to fight for gender equality.” He spoke about how his organization and the various campaigns related to it promote gender equality and the fact that true masculinity is championing the women around you: “Equality leads to a better and more loving relationship.”

The event rounded out with a general call to promote equality between men and women, the promotion of a standalone goal on gender, and praise of WAGGGS in their efforts in promoting MY World and serving as advocates and leaders for women and girls everywhere. 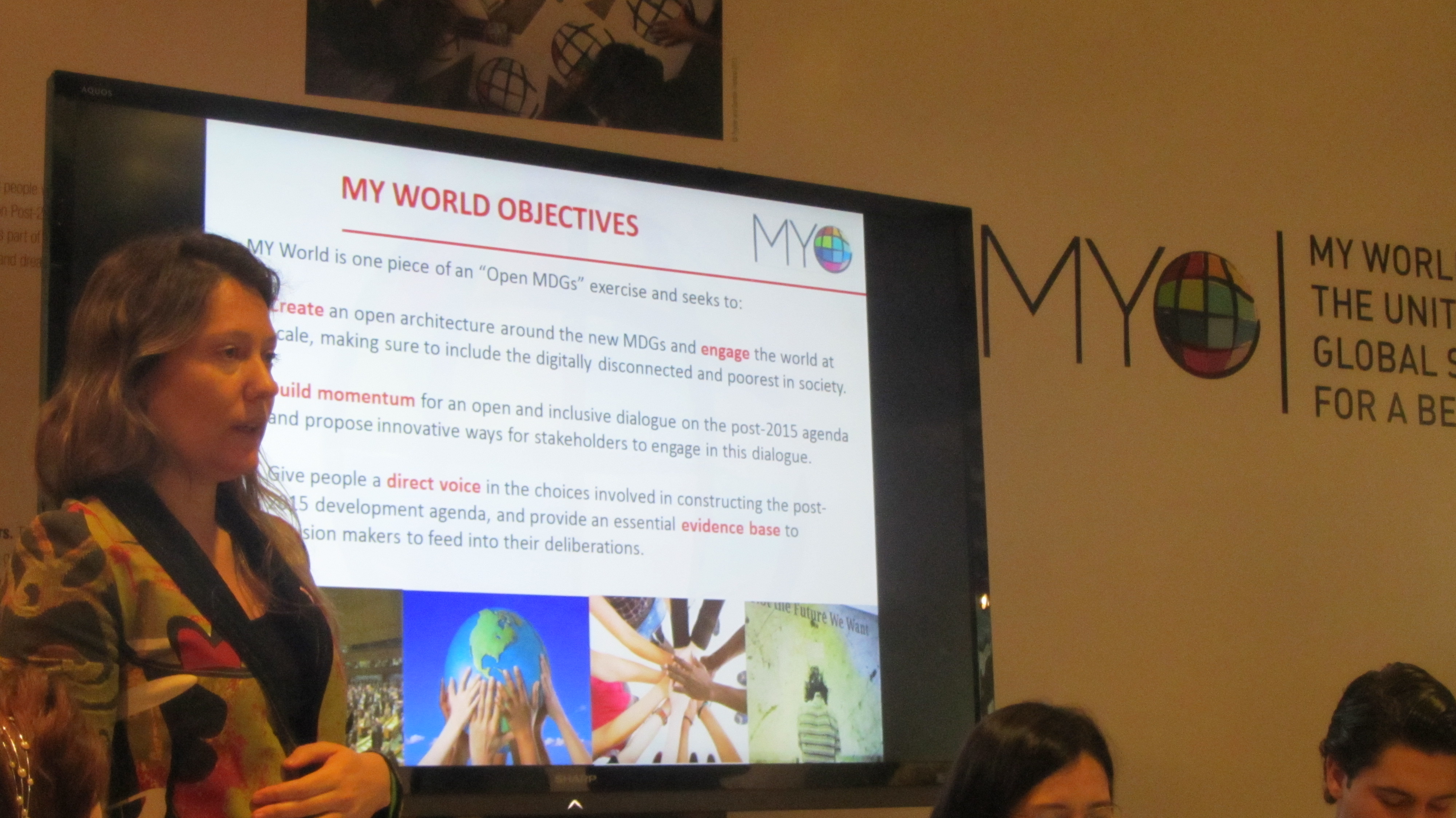 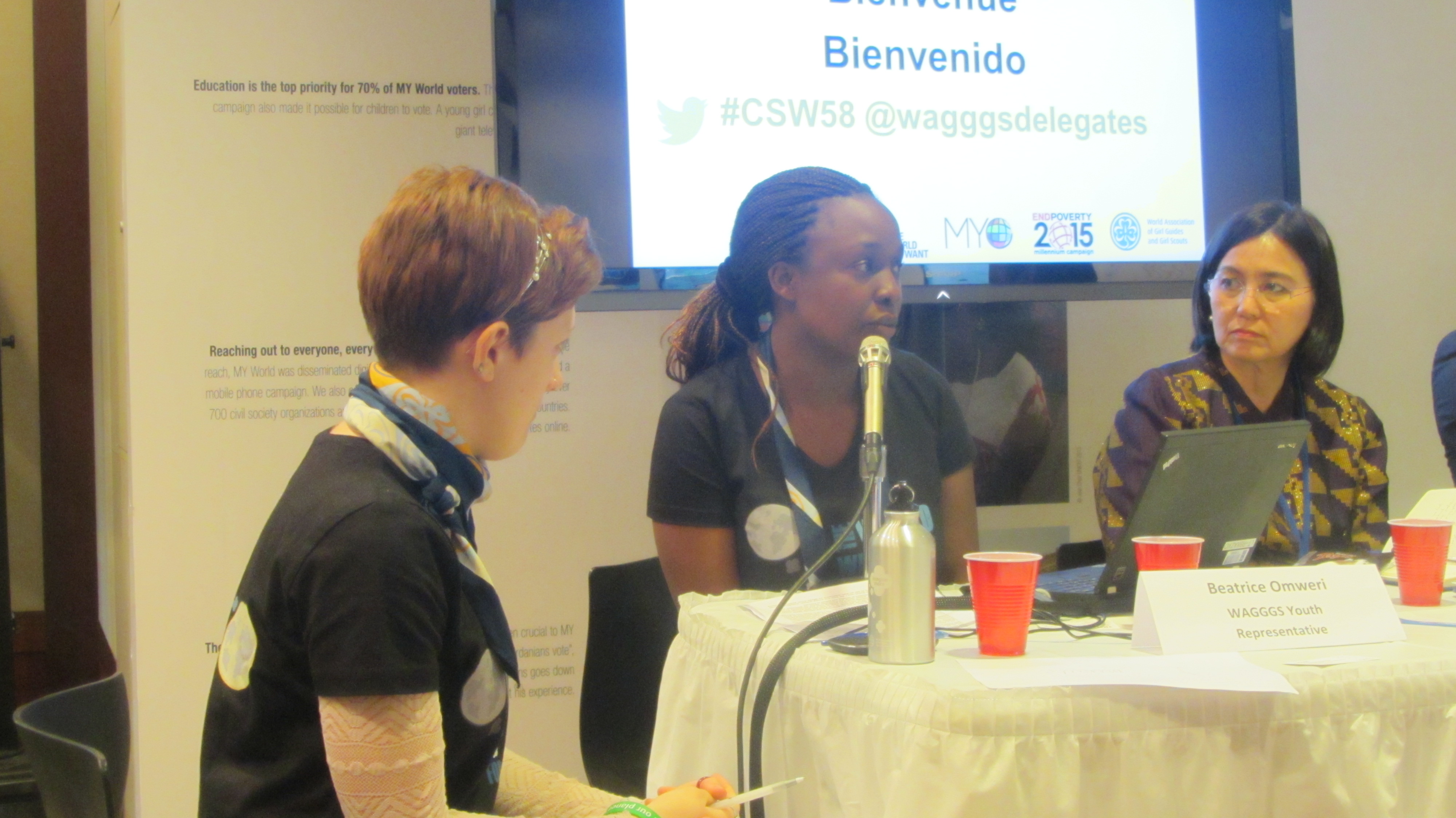 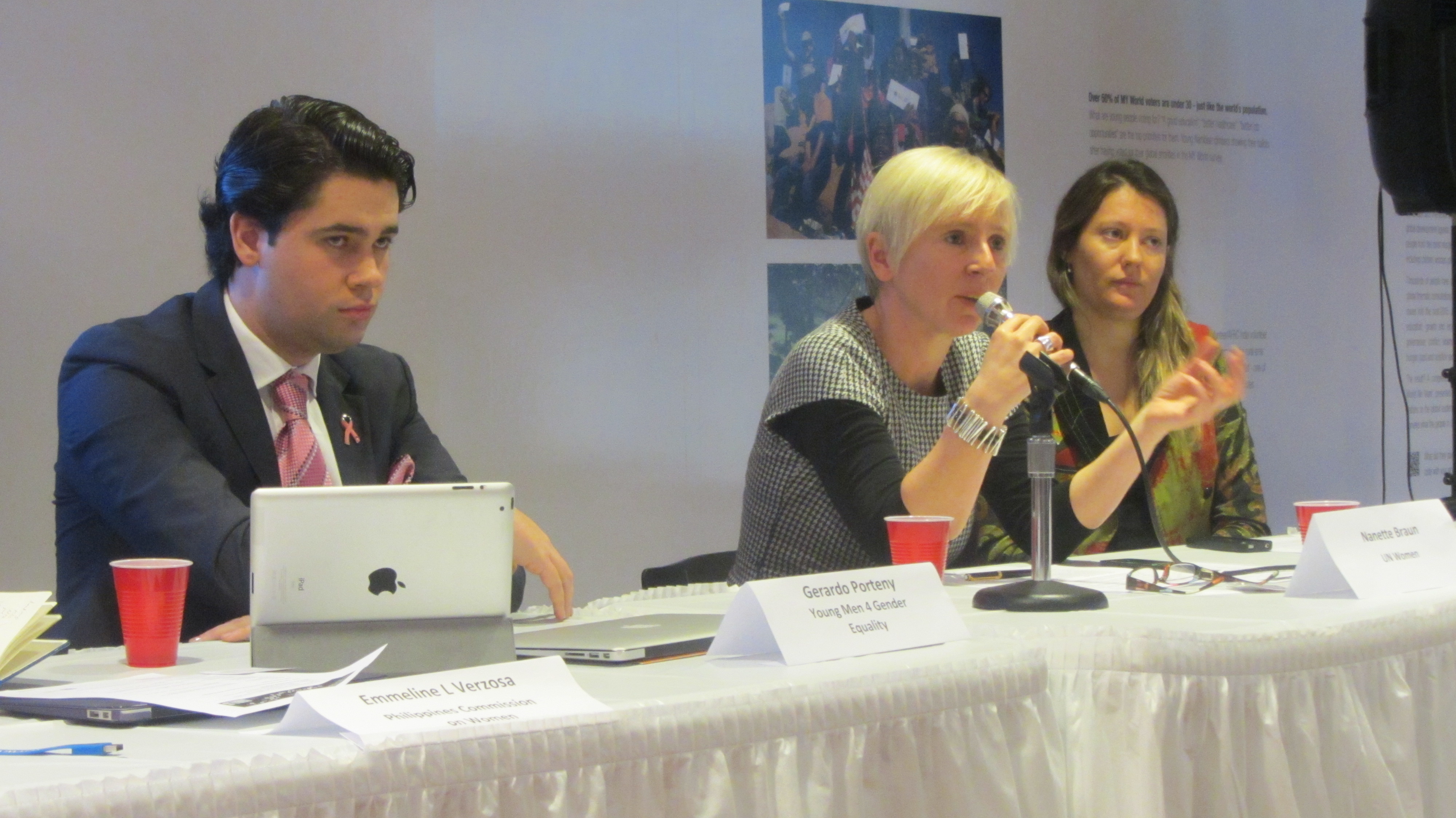 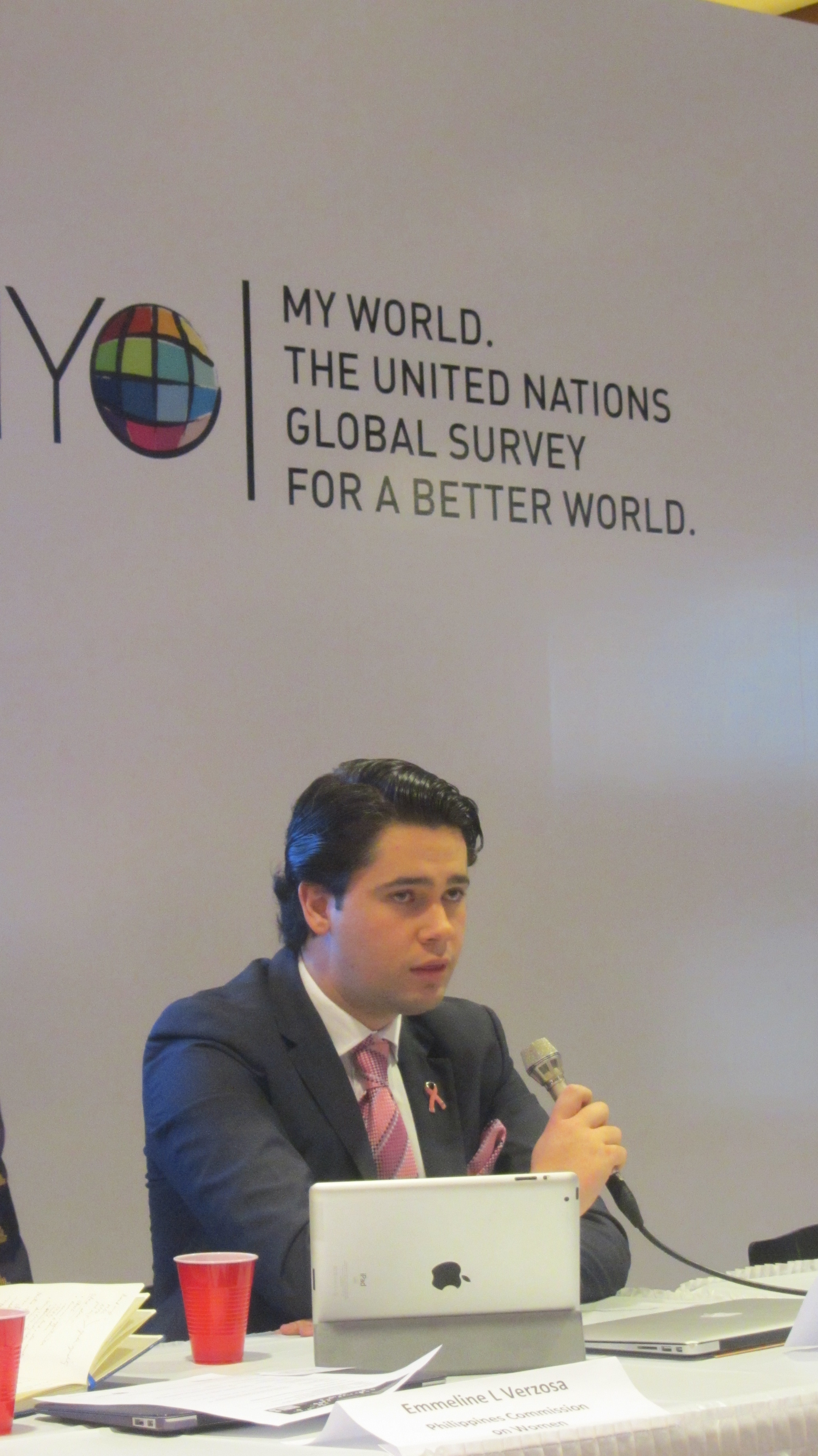 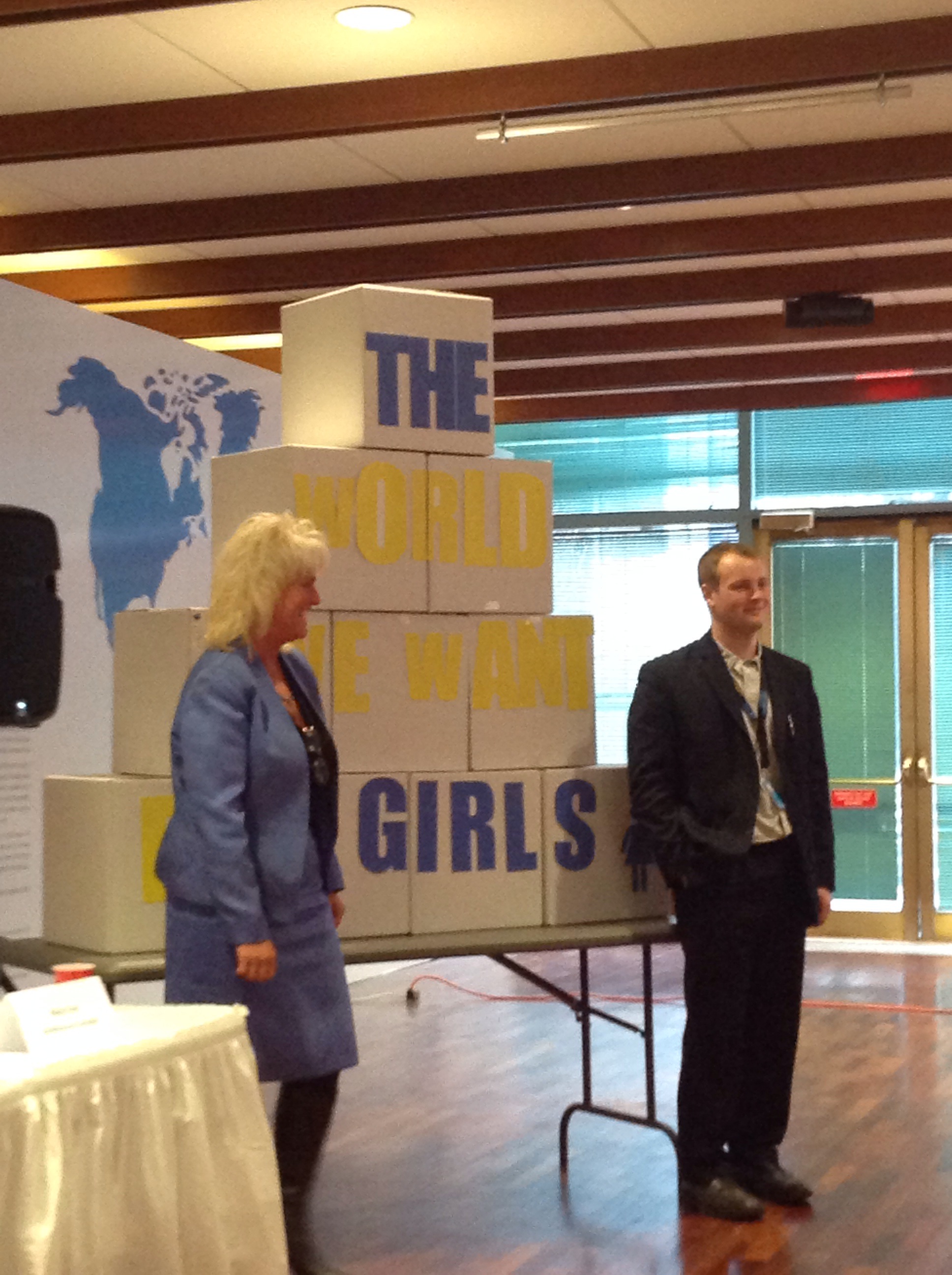 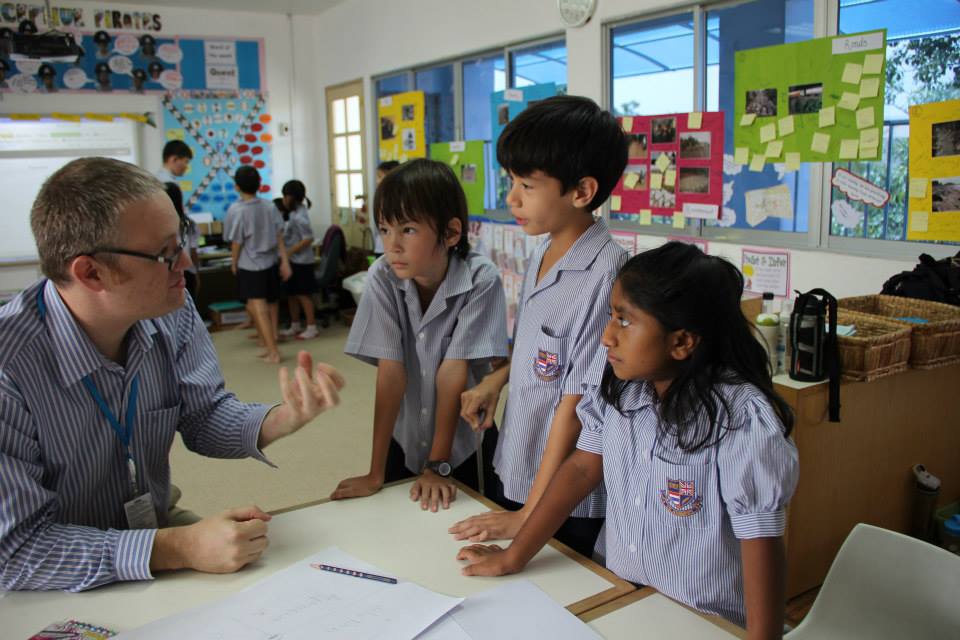 With the aid of two dynamic partners, Thailand has amassed more than 8,000 votes in two weeks—passing more than 16,600 votes to rank sixth out of 194 countries.