NEW YORK (5 Mar 2014)- The United Nations Post-2015 One Secretariat highlighted progress and emerging findings from the UN Millennium Development Campaign’s newest platforms to capture citizen’s voices, priorities and views to inform the post-2015 agenda: The MY World survey, and The World We Want, during a side session of the Ninth Session of the Open Working Group on Sustainable Development Goals on 4 March 2014 . Representatives from the  the President of the General Assembly’s Office, Permanent Missions to the UN, UN Agencies and its affiliates, Civil Societies, Youth Organizations, and Students and Professors participated in the session.

The event was moderated by Olav Kjørven, Special Advisor to the UNDP Administrator on the Post-2015 Development Agenda. Mr. Kjørven delivered country reports to the various attending member state delegates, showing them the results of both platforms.

This event – significant in the unification of decision makers, policy influencers and advocates — highlighted the results of MY World and the World We Want. To date 1.5 million votes have been captured since the survey originally became available online, by SMS, and by paper ballot in early 2013, and since it was officially launched in September 2013 by the UN Secretary General.  In tandem, the World We Want hosts the 88 national and 11 thematic consultations that have taken place to capture the voice of civil societies. Both of these platforms have been gathering people’s voices to better inform the decision making process for the post-2015 development agenda, the major negotiations of which are ongoing through September 2014. The survey will be available until December 2015.

The survey takes special care to ensure that even the most vulnerable groups have access to the vote. “We found that many people did not have access to the website and that SMS was primarily used by men,” began Mr. Sering Falu Njie, Deputy Director, UN Millennium Campaign. “The most wonderful part of this survey is not only that it is available online, but that we have amazing support from over 700 partners at country level who are going out with paper and pen and making sure that even grandmothers, or young children in remote villages can vote. In addition, we are incorporating civil society led consultations side by side with the UNDG led consultations and sustainable development solution databases. This consolidates the various inputs on the World We Want platform, making it a one-stop-shop for the post-2015 sustainable development conversation.” 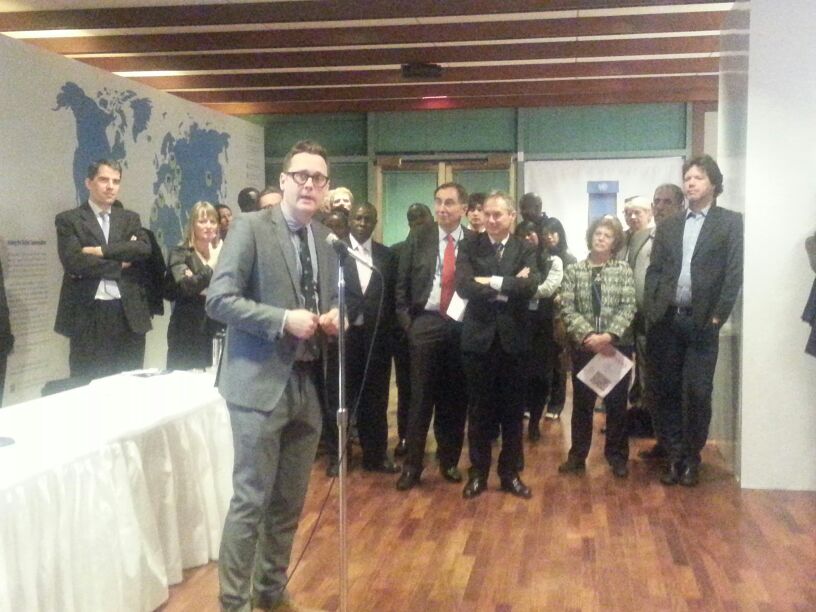 Another important contribution of these different platforms is the way the data can be disaggregated by region, gender, age, and education level –a proxy for income. “We can easily compare the vote of poor young women in Bulgaria to those in Britain and Benin,” said Mr. Paul Ladd, Head of the team on the UNDP Post 2015 Development Agenda. “We can also track tweets about the different priorities to see what people are talking about in social media and compare whether they are in line.”

“MY World is the one of the most useful inputs we have had in a UN process,” emphasized Csaba Kőrösi, Permanent Representative Permanent Mission of Hungary to the UN. “This is sending an important message to member states by its citizens; and we are listening.” 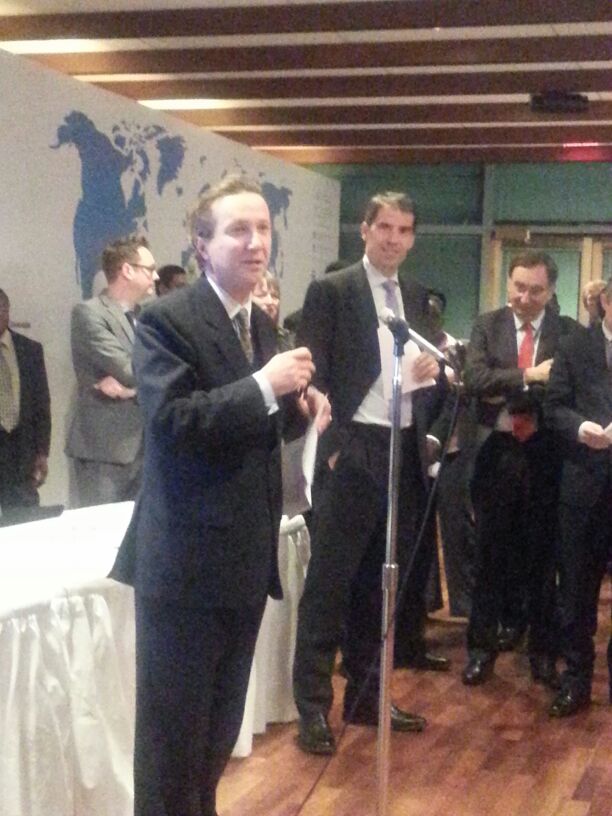 Mr. Nicolas Pron gave remarks on behalf of The President of the 68th General Assembly, Ambassador John Ashe, who was unable to attend. “As we shape the contours of this new framework, I think it is fair to say that the openness, transparency and inclusiveness of this process have been unprecedented. People around the world have joined in this global conversation and are sharing their hopes and aspirations for the world they want. Through online and offline consultations, The World We Want platform has given voice to over a million people who have come forth with their concerns and priorities and I am looking forward to hearing more about your findings this evening. ”

Following the short speeches, members of the UN Millennium Campaign assisted visitors in accessing the data on the various TV screens located around the exhibit. It is currently in the UNICEF Danny Kaye Visitors Center lobby.