In a consultation recently conducted in Somalia, and despite the severe challenges the country is facing, most people perceived their situation in the past 12 months has improved in the country. Yet the report shows that greater attention and significant improvements must be made in security, justice, education, and health.

The recently implemented e-consultation, a coordinated effort between the Federal Government of Somalia and UNDP, supported by the SDG Action Campaign, finds that SDG1 – poverty reduction, SDG 2 – food security and nutrition, SDG 3 – health & well-being, and SDG 4 – education, are among those goals in which progress is most notably perceived. Lowest in this ranking are SDG 11 – making cities inclusive, safe and sustainable, SDG 16 – promoting sustainable consumption and production, and SDG 12 – ensuring good and inclusive governance.

The preferred options to tackle these issues and achieve these goals: strengthening of national systems and developing clear strategies and plans. 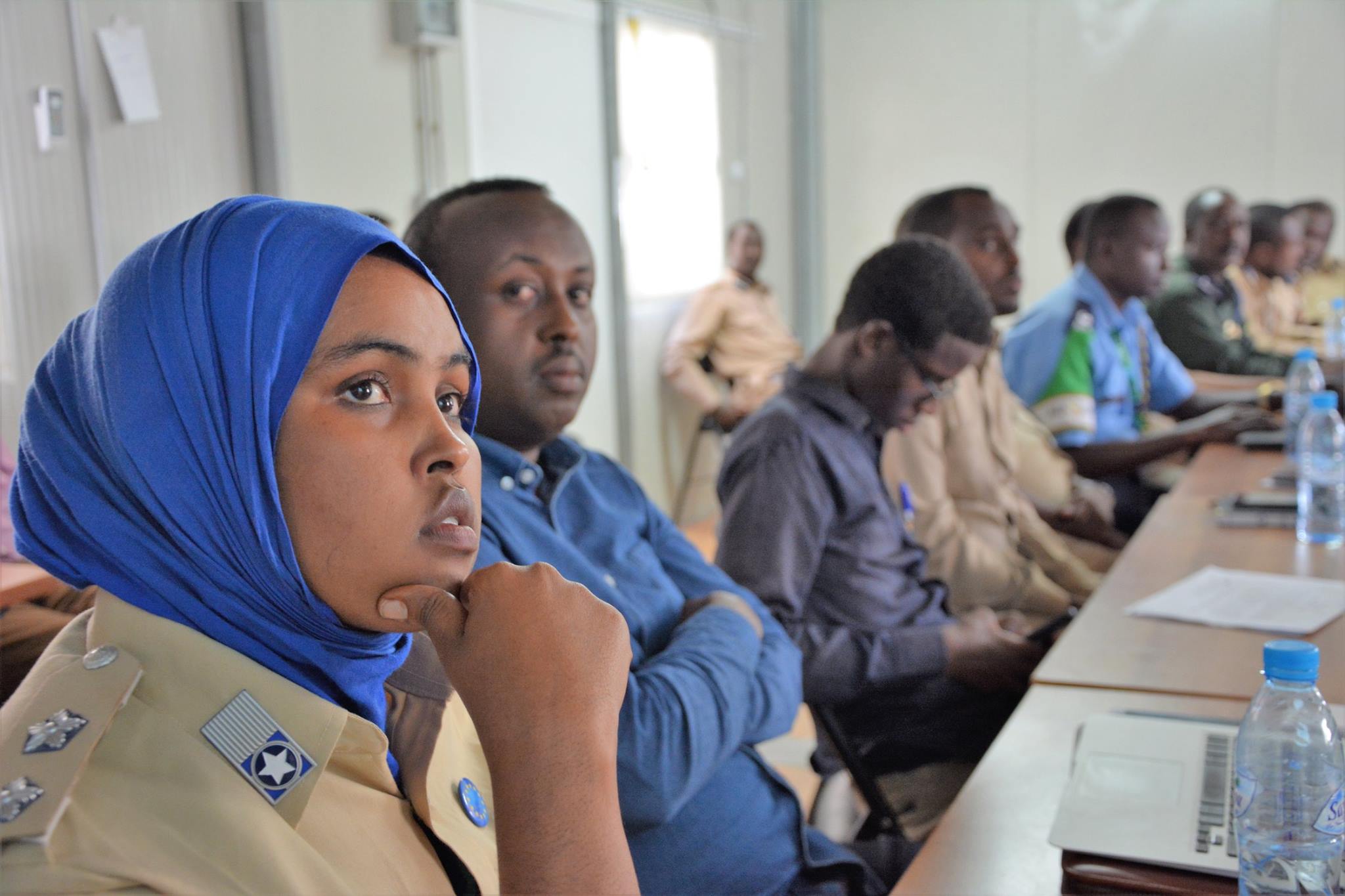 That “women can bring leadership and value to development, when equally represented” was agreed among the majority of participants. The major perceived factor  preventing women’s equal participation in development in Somalia: the existence of cultural barriers, followed by lack of awareness about women’s rights and discrimination.

Why is this relevant?

This report harnesses the voices of a wide number of Somali people, their priorities and expectations, to put forward the key areas for investment in order to achieve the Goals. The initiative was specifically implemented at a first stage with the hope for furthering women’s inclusiveness and give the Federal Government of Somalia a better understanding of what is important to its citizens and the basis to create a strategy for implementing the SDGs. 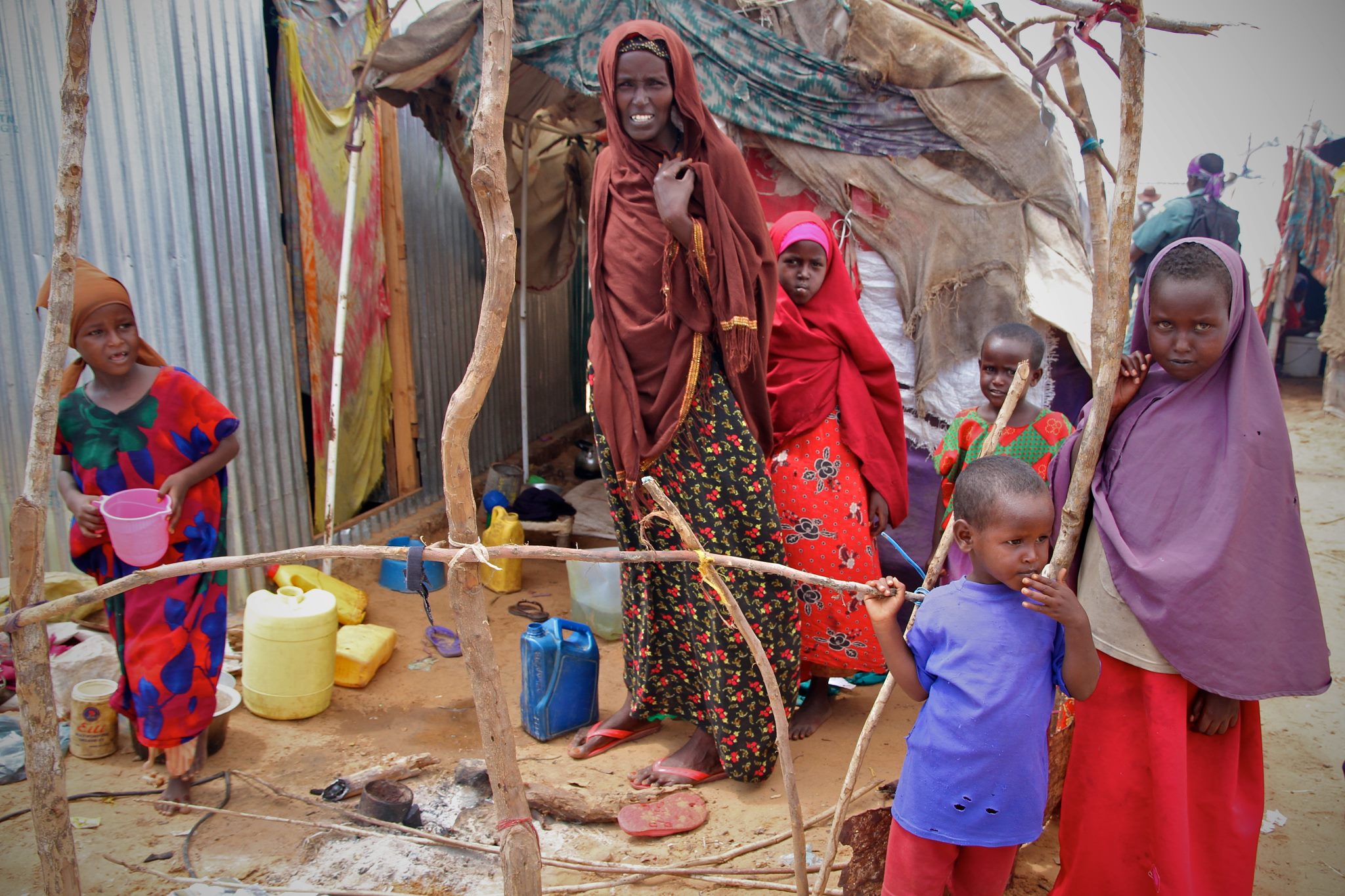 Consultations allow people to participate effectively in raising their voices to their governments on priorities and on the preferred methods by which these Goals can be achieved and holding them accountable. Through this process we learned some key lessons that will help us better implement these surveys in the future:

Want to take action? Register your interest to translate, distribute or even roll out the survey in your country here: http://myworld2030-citizenadvisor.nationbuilder.com

9 global startups have been selected to be part of a competition to seek support for their proposed solutions to one of the Sustainable Development Goals (SDGs) and be selected to present their ideas to decision makers at the United Nations Headquarters in New York City in the margins of the STI Forum in May 2017.

On March 10-12th 800 participants from nine cities and five continents  connected and collaborated during the Influx Trust #Connect2Effect 48-hour global hackathon (an intense 48hr start up idea prototyping session) organised with the support of the UN SDG Action Campaign around three of the 17 Sustainable Development Goals: Goal 9, Goal 10 and Goal 12. These 17 Goals are the world’s greatest challenges as agreed by 193 member states. Influx Trust and its organising partner Adpreneurs have created a compelling and innovative way for people and organisations to get involved in the effort to pursue these goals

The hackathon kicked off in each region with a unique message from H.E. Mr. Peter Thomson, President of the United Nations General Assembly: “Throughout the tenure of my Presidency, my office and I will remain firmly committed to fostering new methods of increasing awareness about the new agenda, and ways of working across sectors to achieve its implementation. As such, we look forward to closely following the outcomes of the hackathon, and will warmly welcome the winners to the United Nations Headquarters.”

WHY THIS IS WORTH SHOUTING ABOUT?

The nine #Connect2Effect winners will now spend the following month honing and marketing their idea, competing for the chance to pitch their ideas at the New York UN Headquarters in the margins of the second annual Science, Technology and Innovation Forum on May 15-16th 2017.

In the lead up, Influx Trust are launching a crowdfunding platform (crowdfunding.connect2effect.com) for the wider public to support the winning teams as the projects develop and go beyond the hackathons and into the real world. The success of the crowdfunding campaigns will form a component of the evaluation for who will win. Once the competition has ended, this platform will launch to the public as a crowdfunding platform specifically for solving ideas for the SDGs.

WHAT ARE THE 2017 SELECTED SDG GOALS?

The UN’s 193 member states have agreed to 17 goals as priorities for the world to tackle by 2030. This year Influx Trust focused on 3 of them:

WHO ARE THE REGIONAL WINNERS?

Overall the #Connect2Effect initiative has proven that there is a widespread desire for open innovation between the public and the UN on the Sustainable Development Goals and that this work can be expected to grow in terms of impact and scope. You can learn more about this project  www.connect2effect.com

Apply until 3 March 2017 to become a Sustainable Development Goal Entrepreneur!

From 10 to 12 March 2017, the United Nations Sustainable Development Goal (SDG) Action Campaign, the Office of the President of the United Nations General Assembly and Influx Trust are teaming up to turn 1000 people in 9 cities around the world into SDG Entrepreneurs during the inaugural #Connect2Effect event, a 3-day global hackathon around the SDGs. Winners of the hackathon will be invited to present their work at the United Nations Headquarters in New York City, NY USA.

In September 2015, 193 countries agreed to work together on a 15-year global plan to end poverty, protect the planet and ensure prosperity for all by 2030. This plan includes 17 Goals that serve as an urgent guiding masterplan to tackle the world’s greatest challenges and ensure that no one is left behind. Innovative individuals are urgently needed to join together with countries and partners to turn the bold and ambitious global plan into action. See the 17 SDGs here.

To rapidly generate an unprecedented level of innovation and collaboration around the SDGs, the 3-day #Connect2effect Global Hackathon will bring together these innovators with different skillsets ranging from marketing to programming to designing.

The event will produce a series of basic workable prototypes that can be further expanded after the event. The best ideas will be developed and supported through local incubation programmes, mentoring on crowdfunding platform. Winners will receive an invitation to pitch their ideas at the UN Headquarters in New York at the Science, Technology & Innovation Forum taking place at the UN Headquarters in NYC 15th – 17th of May.

Mitchell Toomey, Director of the UN SDG Action Campaign stresses the value of #Connect2Effect for the UN: “At the UN SDG Action Campaign, we consistently strive to find ways to reach new audiences to inform and inspire them about the SDGs. We also empower individuals to work together and serve as agents of change, honouring the best solutions in a variety of methods. We are eager to empower the best creative thinkers and problems solvers to help the UN and governments achieve their goals”.

H.E. Peter Thomson, President of the United Nations General Assembly, fully supports the #Connect2Effect initiative: “Each and every one of us has a critical role to play – as individuals role-modeling sustainable living, as innovators and creative thinkers conceiving new ideas, and as activists working with others to implement solutions to shape our world towards a sustainable future. I look forward to being inspired by the outcomes of the hackathon and to warmly welcome the winners to the United Nations“

The initiative is the first of an annual series which over time will create a sustained network of individuals who can mentor each other and work together to come up with the best ideas for achieving the SDGs, as Max Kallis, CEO of Influx Trust points out: “We are eager to support the UN by leveraging our network and expertise to come up with solutions to some of the world’s greatest problems.”

The Influx Trust is a UK charity that fosters a community of individuals and businesses eager to share their knowledge and resources to support the UN’s priorities. @InfluxTrust

The UN SDG Action Campaign is a global interagency initiative of the United Nations Secretary-General, with the mission of ensuring that everyone has the support, encouragement and capability to advocate and act to ensure the SDG agenda is brought to life. It recognises and celebrates the innovators, conveners and break-through actors who are transforming lives, tackling trade-offs and generating practical solutions to some of the world’s most intractable development problems. The Campaign is supported by the United Nations Development Programme (UNDP) and the German Federal Government. @SDGAction