Join the conversation at the UNGA Side Event on “The SDGs in Action: Country-led, Country-owned” on 21 September 2017, hosted by UNDG.  Speakers include Heads of State/Government and Ministers from the Gambia, Kyrgyzstan, the 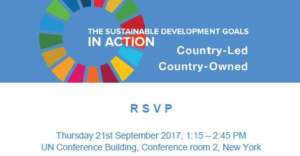 Republic of Korea, Mexico, and Colombia as well as the UN Deputy Secretary-General and the UNDG Chair. Find more information here

In the early days of SDG implementation, the Goals have proven to be a powerful driver of Colombia’s National Development Plan, the Peace Agreement, and local development plans. 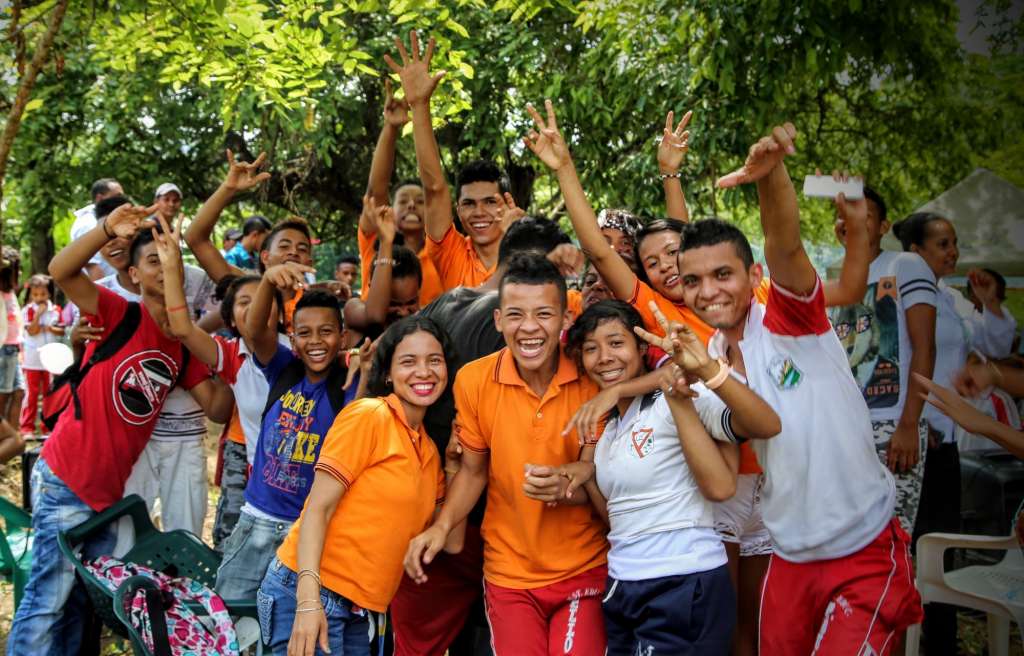 In the department of Nariño on the Pacific coast, young people are overcoming adversities and inequalities. Here is their story on how rural entrepreneurship contributes to peaceful communities.

Chocó and Guajira are among the poorest departments in Colombia, but also home to some of the most biodiverse regions. Here, the 2030 Agenda brings an opportunity to plan a future where the environment is the basis for sustainable and inclusive growth.

The City of Montería has become one of Latin America’s greenest cities, linking green urbanism, transportation and renewable energy to the SDGs. Read more about Montería’s journey.

For the SDGs to come to life, it is often said that we need new ways of working, new partnerships and everyone to participate – not only governments and UN agencies. 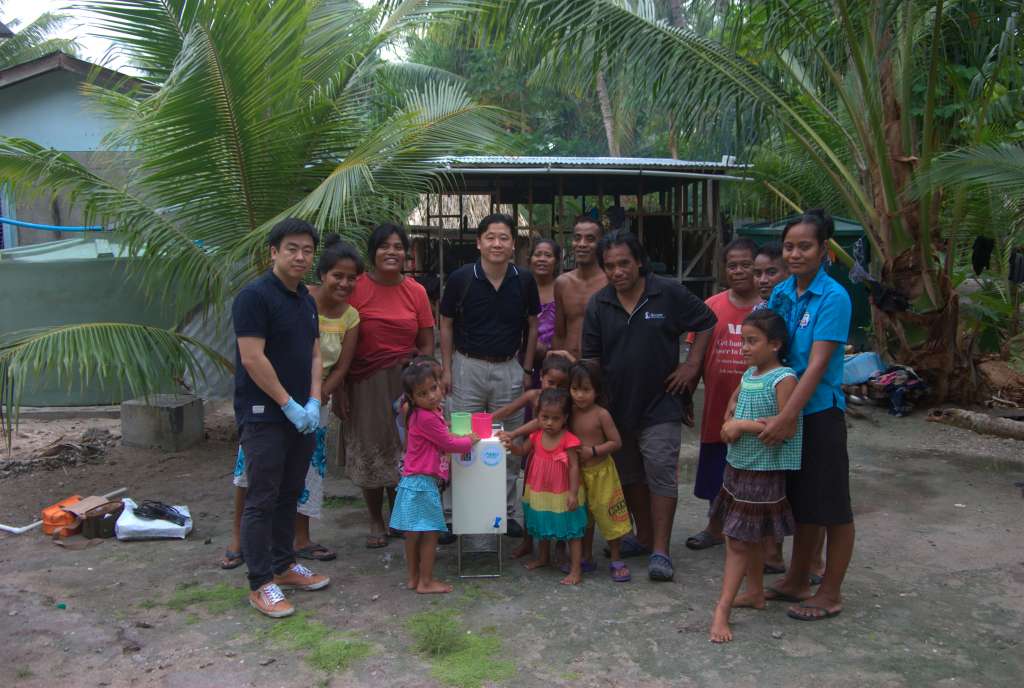 Professor Kyoung-Woong Kim has embraced this message. Together with his team at the Gwangju Institute of Science and Technology, he has developed a water purification device with the potential to change the lives of millions of people.

So how does the device work? As a specialist in soil and underground water contamination, Professor Kim has developed a membrane allowing the purification device to selectively remove water pollutants including pathogenic bacteria. This means purifying contaminated water to 99.9% drinking water. What’s more, the device can be easily installed in disaster-affected areas since its design allows water to flow through the membrane by manual pedaling, without any need for electricity.

Today, 663 million people are still without access to safe drinking water. To achieve SDG 6 local communities, researchers and business need to come together.

Through project “Ongdalsam”, or “Small water spring” in Korean, Professor Kim aims to engage with developing countries where climate change, rising sea levels and water-borne diseases caused by polluted drinking water is a threat to development. The project was first known across Korea when it was discovered in 2009 that the device could purify two liters of water per minute, providing drinking water to about 200 people a day. Since then the device has traveled to Sudan, Fiji, and Kiribati and soon to Tuvalu, where climate change is a threat to water security.

SDG10: Reducing inequalities –
Early attention to the rights of girls and boys with disabilities in Mexico

In Mexico, an initiative on reduced inequalities focusing on children with disabilities has improved the lives of 12,000 boys and girls. So far, 350 caregivers in 9 states have been trained to improve the quality of care and to achieve the full development of children’s skills and abilities. 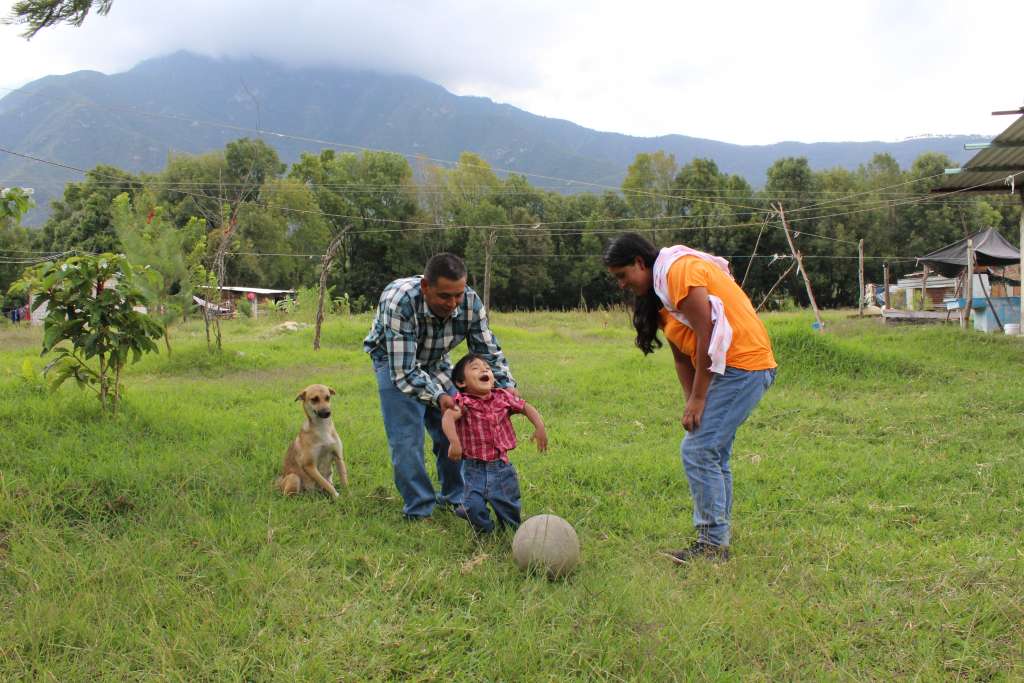 The Mexican Ministry of Social Development leads a Childcare Facilities Program for Working Mothers that includes 9,200 facilities and reaches 300,000 children in poverty-stricken homes; about 1.7% of whom have a disability. A while ago the UN carried out an analysis of the program, which showed that those in charge of caring for children with disabilities, mostly women, did not have the adequate training to detect developmental challenges, nor to provide caring that allowed the children to reach their maximum potential.

This is the background to a pilot initiative* that aims to increase the quality of care for children with disabilities. So far, 350 caregivers in 9 states have been trained, benefiting more than 12 000 girls and boys. Focus lies on early intervention. The idea is that attending to children with disabilities at an early age will foster the full development of their skills and abilities, give better opportunities to complete schooling and ultimately increase their prospects of leading a life as a fully empowered society member. Caregivers were also trained in human rights, diversity, inclusive planning of educational activities, accessibility and development of community support and networks.

All people may at some point in their life experience a disabling situation. It is a universal issue and is as such addressed throughout the SDGs. For these 12,000 boys and girls, the pilot initiative has meant real change and development. This is what the 2030 Agenda is about: implementing public policies that target the most vulnerable to ensure that no one is left behind.

*The pilot initiative “Model of care and inclusive care for children with disabilities in the framework of the Program of Childhood Stages to Support Working Mothers” is funded by the United Nations Fund to Promote the Rights of Persons with Disabilities (UNPRPD) and brings together UNDP, UNICEF and the Pan American Health Organization/WHO. The project seeks to comply with the United Nations Convention on the Rights of Persons with Disabilities, signed by the Mexican government in 2007.

Country-led progress on the SDGs – the journey of The Gambia

Only nine months ago, the Gambia stood on the verge of conflict. Yet since then, the leadership has launched a reform agenda towards a progressive democracy that addresses the needs of all its citizens. A new chapter has begun.

After 22 years of authoritarian rule, The Gambia is facing a unique opportunity for transition. The African Agenda 2063 and the Sustainable Development Goals can be powerful levers for change as the government stands committed to achieving the SDGs.

For the Millennium Development Goals, the precursors to the SDGs, Gambia indeed made significant progress in several areas. Gender equality was one. In 2015, the practice of female genital mutilation or cutting was criminalized, placing The Gambia among 26 other African countries that have banned this nefarious practice. The targets on water and sanitation were met with over 85% of the population having access to clean water and sanitation. Child mortality was significantly reduced.

But unfinished business remains. Many mothers still die while giving birth and The Gambia aims at a maternal mortality ratio of less than 70 per 100,000 live births by 2030 or sooner.

Almost one in three Gambians are vulnerable to food insecurity. To achieve SDG 2, the recently launched National Zero Hunger Strategic Review is identifying hunger gaps at all levels. This will be followed by regional consultative sessions throughout the country.

As a low-lying country, situated close to the sea, The Gambia is one of the most vulnerable places in the world to climate change. To adapt and mitigate the impacts, the government is implementing a series of actions. The Climate Change Early Warning Systems are being strengthened. Energy and environment concerns are being mainstreamed into national, regional, and local policies, strategies, programs, and plans. Disaster hotspots are being identified to enhance the resilience of coastal and vulnerable communities.

Key to all of these challenges is the younger generation. With a population of only 2 million, The Gambia accounts for a disproportionate number of people embarking upon the perilous journey across the Mediterranean in search for a better life. By August 2017, Gambians accounted for 5.6% (or 6 294 persons) of all arrivals in Europe from the Mediterranean, according to UNHCR.

The government is now developing a migration policy, through a participatory and inclusive approach, including youth organizations. But the Gambian youth must also see a peaceful, sustainable society with opportunities for decent work, access to education and healthcare to feel like they play are a role, are excited about and confident in the country’s future.

This is the moment for Gambia to scale up and gain momentum on what has been set in motion. If wholly-owned by the people, and led by the government, the SDGs can be a vital travel companion on their journey.

Join the conversation at the UNGA Side Event on “The SDGs in Action: Country-led, Country-owned” on 21 September 2017, hosted by UNDG.  Speakers include Heads of State/Government and Ministers from the Gambia, Kyrgyzstan, the Republic of Korea, Mexico, and Colombia as well as the UN Deputy Secretary-General and the UNDG Chair. Find more information here

In his closing remarks to the General Assembly during the Thematic Debate on “Ensuring stable and peaceful societies,” Deputy Secretary-General, Jan Eliasson highlighted the essential link between the rule of law and an inclusive political processes as the binding elements in peace, development and human rights.

Commitments to rule of law are important to reaching developmental goals, as was discussed and agreed upon in the Rio +20 Report of the UN on Sustainable Development in June 2012, and the General Assembly’s High Level Meeting on the Rule of Law in September 2012.

To futher support this issue, the Deputy Secretary-General noted the high priority of “An honest and responsive government” in the MY World Survey:

This priority is second for voters 31-45, and third for all other age groups with the exception of those 15 and under, who rank it sixth.

Regionally, this priority is second for those in Europe, third for those in the Americas and Asia, and fourth in Africa. It ranks lowest in Oceania behind environmental issues such as “Protecting forests, rivers and oceans,” “Access to clean water and sanitation” and “Affordable and nutritious food.”