Academia and the most marginalized groups are two crucial stakeholders for implementing the 2030 Agenda and the Sustainable Development Goals (SDGs). But how can the two be connected and collaborate on achieving the SDGs? On March 28th, during the Annual Community Day of Columbia University School of Social Work (CUSSW), the UN SDG Action Campaign came to Morningside Heights and found the answer by meeting with great minds from the social work profession, who are dedicated to reducing poverty and changing lives.

Alice Chen from the Campaign carried out in-depth discussions with faculty members of CUSSW on how to bring SDGs to the most marginalized groups. Professors shared their groundbreaking intervention research on poverty, health, refugee, immigrants, and many other topics that are directly linked to the SDGs. Alice introduced our innovative works on using big data and new technology to include people’s voices in the SDGs implementation, which excited our audiences.

“The work of SDG action campaign brings awareness of SDGs and build empathy through new technology…this is the new approach to development.”

– Natasha Dachos, Director of the Office of Professional Excellence, CUSSW

“I expect that the MY World data and Virtual Reality films become the most exciting experience of my International Social Development class.” 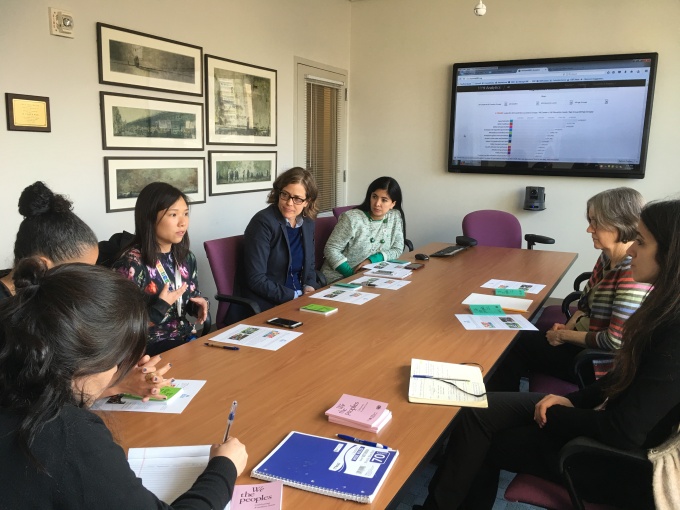 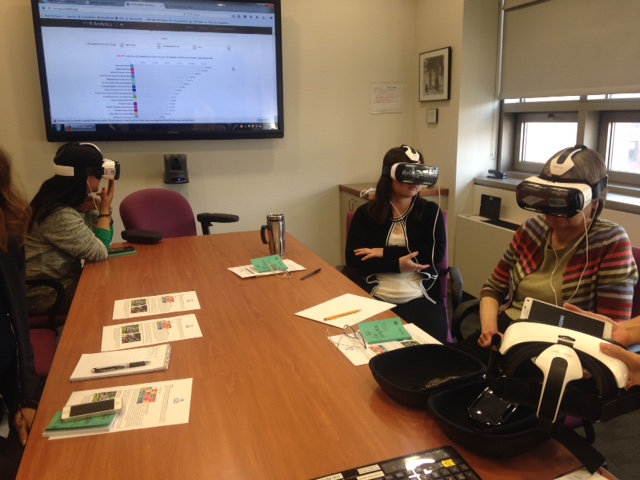 The CUSSW Community Day is an annual event organized by a coalition of student caucuses at the school. This year over 50 workshops on cultural topics were held for students, faculty, staff and community members to explore cultural diversity and cultural competence. The UN SDG Action Campaign brought our VR films “Clouds over Sidra” and “Waves of Grace” to the audience in the cultural showcase session. Participants were transported to the Za’atari Refugee Camp in Jordan or the streets of Liberia by way of VR goggles. Many students experienced this new technology for the very first time and they were profoundly moved by both the story and the way the story is told. Gulnara Zhakupova, a second year Master student of CUSSW, said  that “Clouds over Sidra” prepared her better for her future works with the refugee population.

“(The VR) hit me hard emotionally, but I was also focusing on what we can do over here and how we can help this (refugee) crisis.” 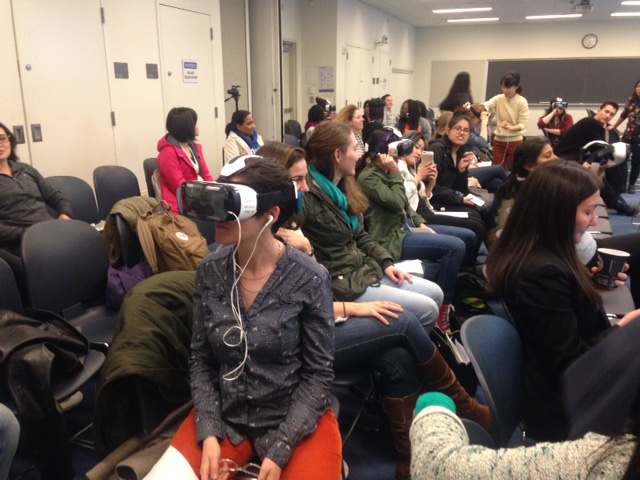