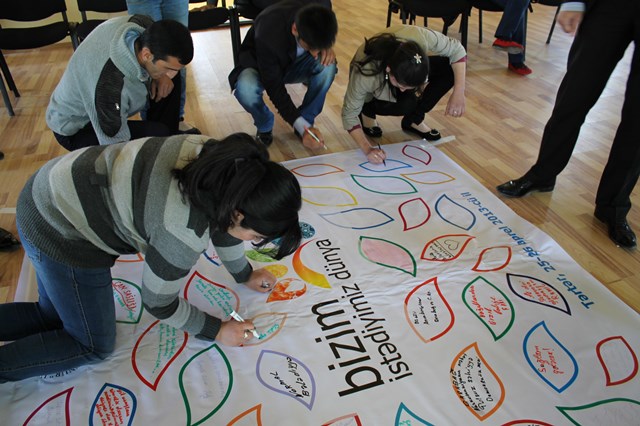 Volunteers engaged young people in Azerbaijan in an open conversation about their priorities for the post-2015 development agenda.

BAKU, October 2013 – “If I had a chance to be born again, I would choose to be born nowhere else but in my village. I don’t want to move to the city, I just want to be able to get everything I need as a young person in my village,” said 19-year-old Firuza Guliyeva from the remote rural area in Gedebey during the National Youth Consultations held in Shirvan, Azerbaijan. For young people to be heard and considered during decision making came up as one of the most salient themes during the national consultation process in Azerbaijan – part of the ongoing global conversations being led by the UN and world leaders to build a collective vision of a new post-2015 development framework. END_OF_DOCUMENT_TOKEN_TO_BE_REPLACED