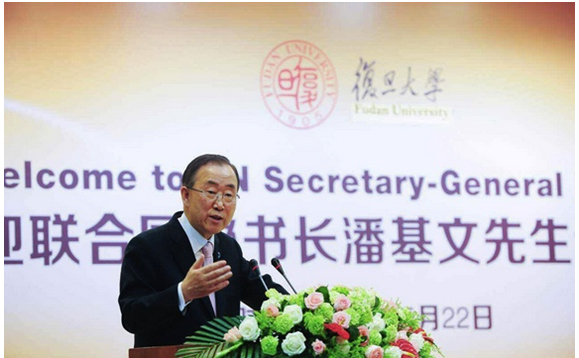 On his trip to recent trip to China, Secretary-General Ban Ki-moon received a warm welcome from youth studying at Shanghai Fundan University. He offered words of wisdom to students and thanked the Chinese people for participating in the UN’s My World 2015 survey, a global online survey that allows people to have a direct say in shaping a better world. Based on the feedback from Chinese people in the My World 2015 survey, Grandpa Ban, as he is known in China, spoke about the 5 C’s, “Calm”, “Compassionate”, “Cooperation”, “Courage”, and “Confucius.” 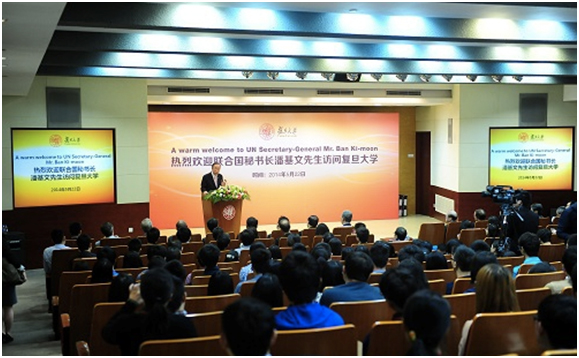 The Secretary-General pointed out the remarkable degree of convergence – among young and old, men and women, rich and poor, north and south, and east and west through the My World Survey. He said, “their concerns echoed my own conversations with people around the world. Education has topped the list of priorities.  This is what you are doing in Fudan University. Then comes decent jobs and health care – they are following very closely,

Utilizing Chinese social media, Weibo and WeChat, the Secretary-General engaged netizens via a short video calling for Chinese to participate in the My World 2015 Survey, the video gathered more than 1 million views and have been widely shared throughout China’s social media landscape.