The HLPF is the United Nations main platform for follow-up and review of the 2030 Agenda for Sustainable Development and the SDGs that provides the full and effective participation of all States Members of the United Nations and States Members of specialized agencies. This year’s team was “Eradicating poverty and promoting prosperity in a changing world”. The set of goals that were reviewed in depth were Goal 1 (No poverty), Goal 2 (Zero hunger), Goal 3 (Good health and well-being), Goal 5 (Gender equality), Goal 9 (Industry, innovation and infrastructure), Goal 14 (Life below water), and Goal 17 (Partnerships for the goals). 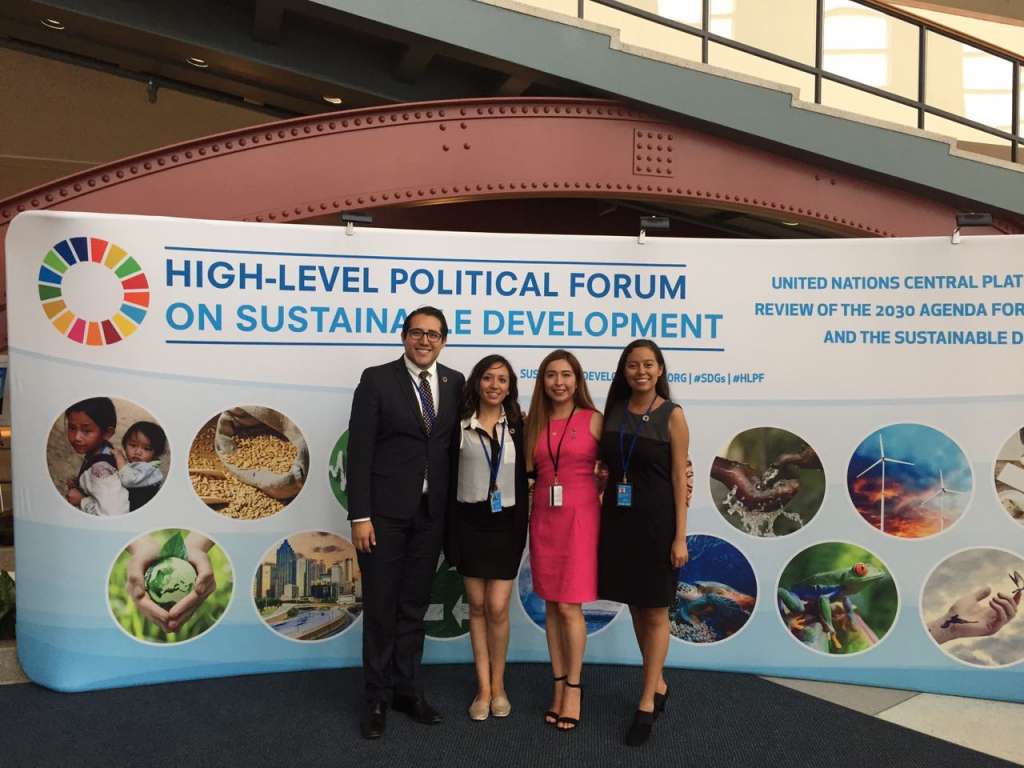 In accordance with Paragraph 84 of the 2030 Agenda for Sustainable Development, Member States decided that the HLPF shall carry out regular Voluntary National Reviews (VNRs) of the 2030 Agenda for Sustainable Development and the SDGs which included developed and developing countries, as well as relevant United Nations entities and other stakeholders. The HLPF reviews this year were state-led, involving ministerial and other relevant high-level participants, and provided a platform for partnerships, including through the participation of major groups and other relevant stakeholders.

This year’s VNRs aimed to facilitate the sharing of experiences, including successes, challenges and lessons learned with a view to accelerating the implementation of the 2030 Agenda for Sustainable Development. The VNRs also focused on strengthening policies and institutions of governments and to mobilize multi-stakeholder support and partnerships for the implementation of the SDGs. The VNR countries submitted comprehensive written reports that were be made available in the VNR database. In addition, each VNR country provided main messages summarizing their key findings. In addition, the Secretariat invited all relevant stakeholders to host side-events during the HLPF. In total, 147 side-events, 3 special events, and 10 learning courses and workshops to favor the 2030 Agenda and the implementation of the SDGs were organized. MY World Mexico was able to join events daily and participate in key meetings with stakeholders at the global and national levels. 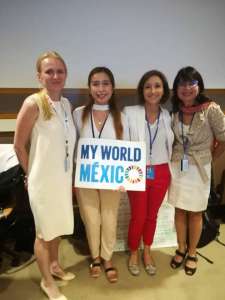 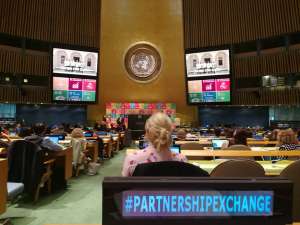 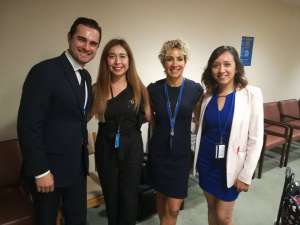 For this year’s HLPF five team members from MY World Mexico were selected by as a result of their work on the ground since 2016 to represent My World Mexico at this outstanding event.

As result, our participation increased the voices and impact of young people and volunteers of MY World Mexico due to the campaign’s work related to the implementation of SDGs and its monitoring through the MY World 2030 survey. In addition MY World Mexico’s partnerships strengthened with key meetings and approaches (like Ilmi Salminen, United Nations Youth Delegate of Finland; Anne-Sophie Dubrux, United Nations Youth Delegate of Belgium; Adil Skalli, Project Office, Climate Change, Global Goals Camp; Model Assemblies, United Nations Association in Canada; Steve Lee, Executive Director, Foundation for Environmental Stewardship, among others).

We were able to share best practices of implementation of the 2030 Agenda for Sustainable Development and the SDGs locally, nationally and internationally, which were acknowledged by its focus on volunteering. On the other hand our team improved youth advocacy skills and got to explore new opportunities for MY World Mexico to improve and innovate our work (specifically, key points to improve MY World Mexico as a network of youth talent). 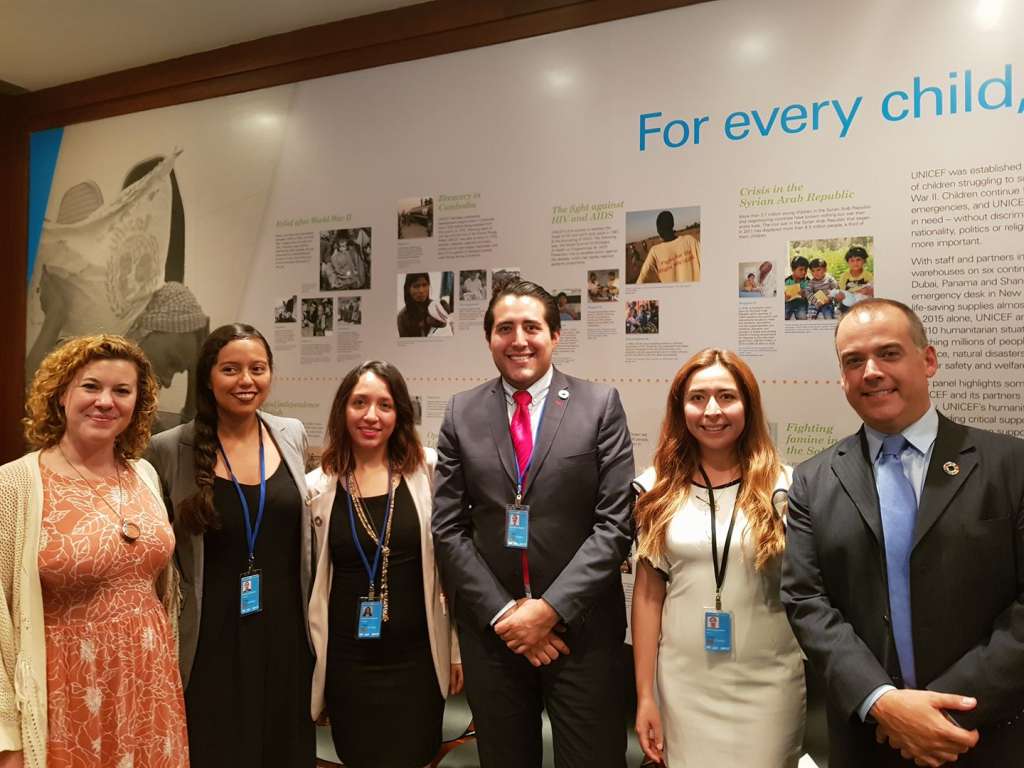 We established frequent communication and collaboration with youth around the world, to advocate for the involvement of young people in the governance processes aimed to achieve the 2030 Agenda for Sustainable Development and the SDGs. This included a close dialogue with Mexico’s Presidency to interact on new ways to include youth in SDG action and discussion mechanisms at the national level.

Read MY World Mexico’s Full Report on the 2017 HLPF: here. 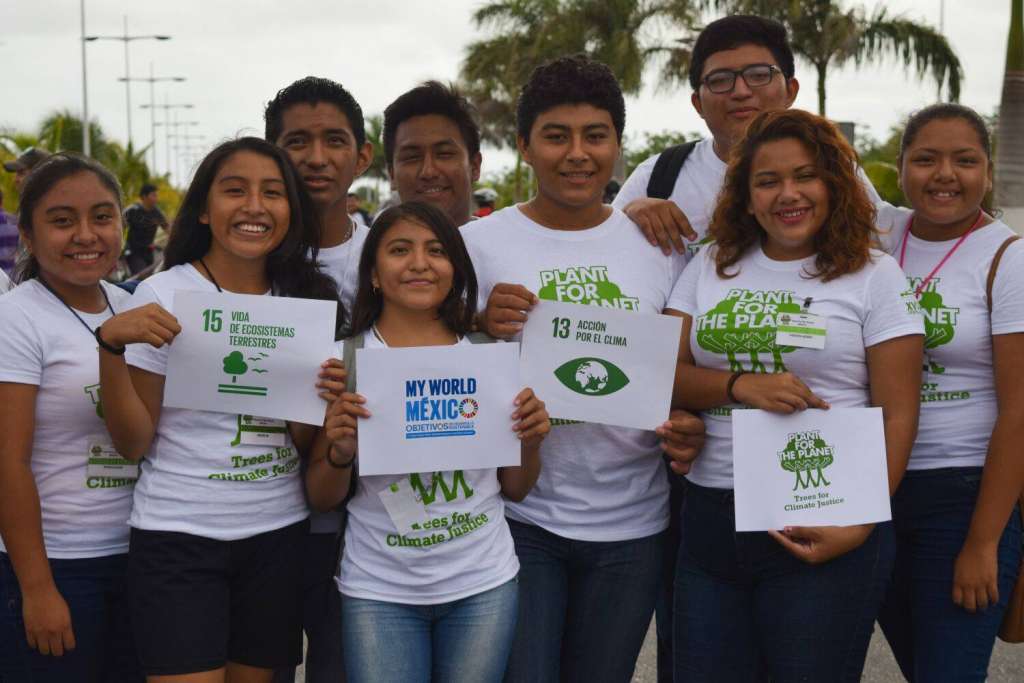 One of the key pillars of the 2030 Agenda for Sustainable Development is how to protect our planet and secure that future generations enjoy a healthy natural habitat like many of us do. Our environment faces many evident challenges, mainly caused by human activities. These challenges which in many cases have turned into actual issues, have considerable impacts upon human health, biodiversity and climate alterations. 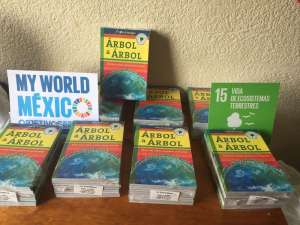 Our country Mexico is a country already affected by theses issues. At the national level, toxic waste; pollution and climate change can be easily identified. Mexico City for example, has one of the highest percentages of annual pollutant emissions in the world. Other cities such as Guadalajara or Monterrey generate around 3.5 and 3% percent respectively. Cities like Mexicali and Tijuana are also among the most polluted cities in the country. 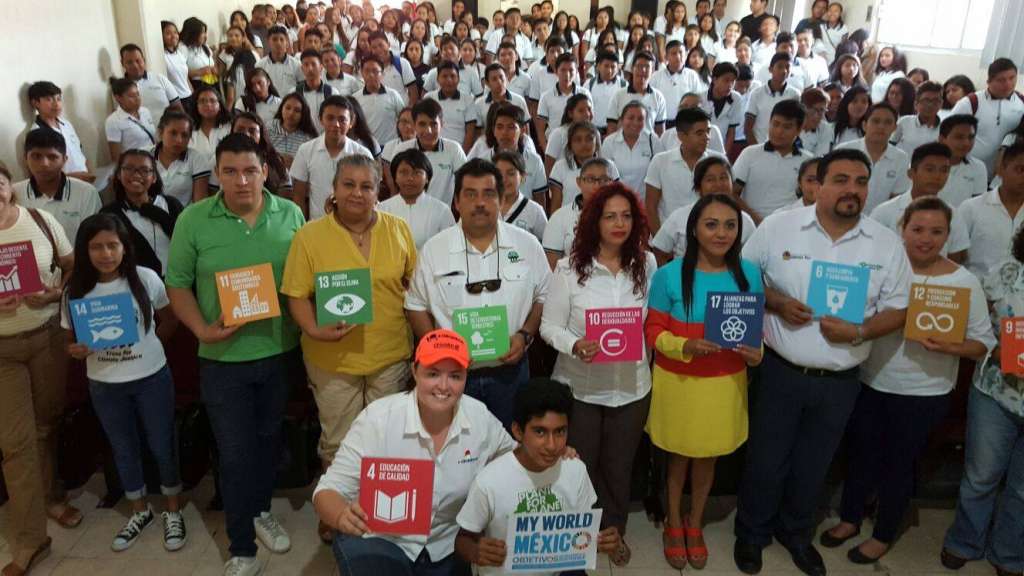 According to the World Health Organization (WHO), around 15,000 people die as a result of pollution-related diseases in our country. Mexico also produces an average of 86,349 tons of waste every year, giving this an approximate of 770 grams per person, which mainly occurs in households, buildings, parks and streets. Around 87% of garbage waste is produced in rural communities. 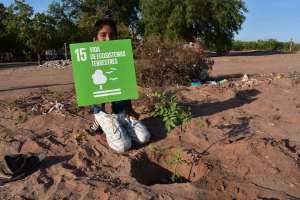 The official statistics provided by the Mexican government, have shown that in the last 3 years, a total investment of nearly $ 1 billion dollars has been done in fighting pollution. Around 44,000 people in our country in the last 8 years, have lost their lives as a result of pollution according to WHO, and 300 children a month die because of air pollution in Mexico.

These statistics replicate themselves as you look into each country’s case. This is why the United Nations has promoted the protection and improvement of environment though establishing June 5 as World Environment Day. The celebration provides the opportunity to develop a basis for well-informed individuals, organizations and companies to promote the conservation of our environment and achieving the Sustainable Development Goals. The first 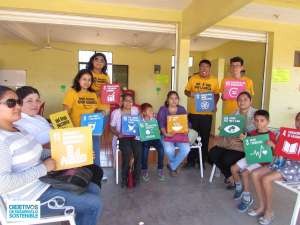 time the international community commemorated this day was in 1974. Ever since this day has provided individuals and organizations with a platform of public discussion that aims to preserve a healthy Earth. Each year, World Environment Day revolves around a theme that seeks to place attention upon a particular issue. This year’s theme focused on the relation of people with nature to appreciate its beauty and reflect on how we are an integral part of it. 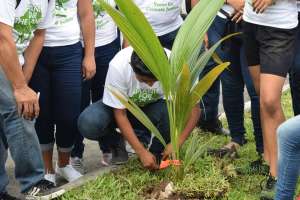 MY World México through its strong national network, partner with the United Nations Environment Programme (UNEP); the United Nations Volunteers Programme (UNV) and Design For Change to promote actions across the country in favor of Sustainable Development Goals (SDGs) 6, 12, 13, 14 and 15. This aligned with MY World Mexico’s integral strategy to work at the local, national and international levels for the implementation, monitoring, financing, monitoring and socialization of the SDGs in Mexico. 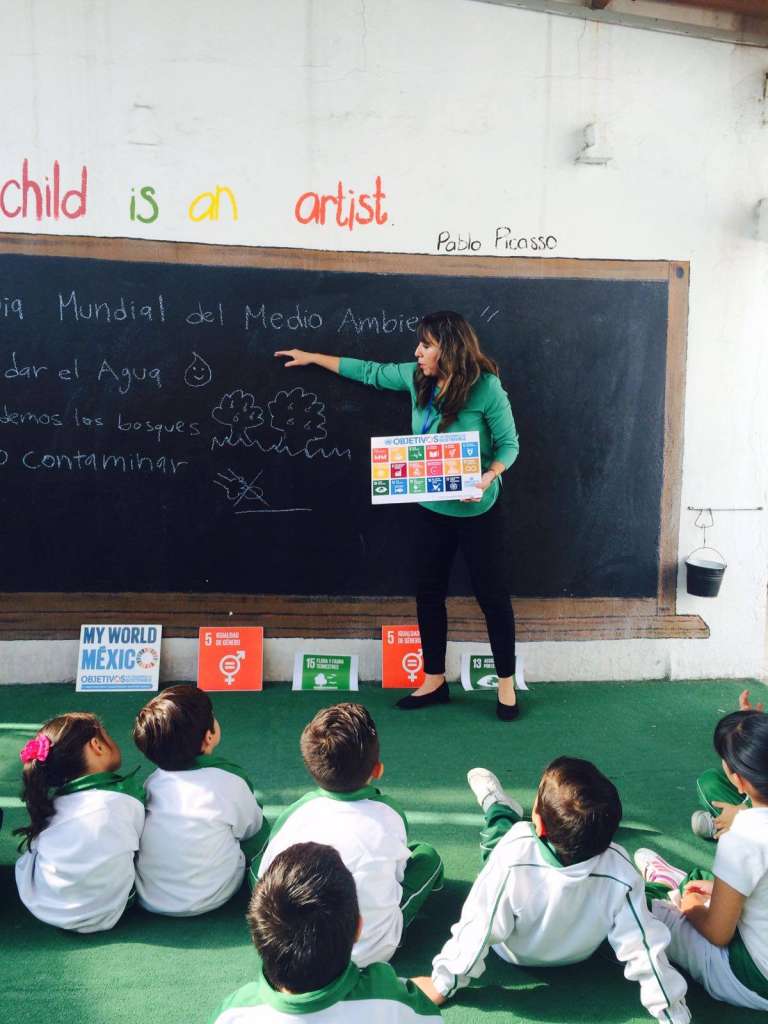 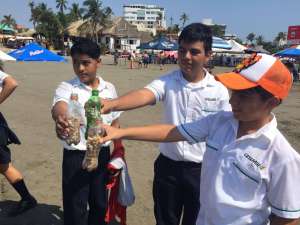 With the support of UNEP, UNV and Design For Change, MY World Mexico launched a call inviting individuals and organizations to promote #SDGAction in favor of the environment. The call reached many organizations and individuals and at the end of the day we were able to register over 30 activities across the country focused on creating awareness and solutions to solve environmental issues at the local level and promote action towards its protection.

Some of these actions included activities such as cleaning of public spaces; reef system tours; conferences and workshops; responsible consumption lectures; reforestations; tours and guided visits to natural parks; among others. Most of the participations were led by high schools, elementary schools, universities, civil society and interested individuals, as well as the private sector. Participant states included Quintana Roo, Veracruz, Yucatán, Puebla, Mexico City, Jalisco, among many others. 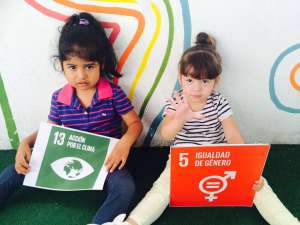 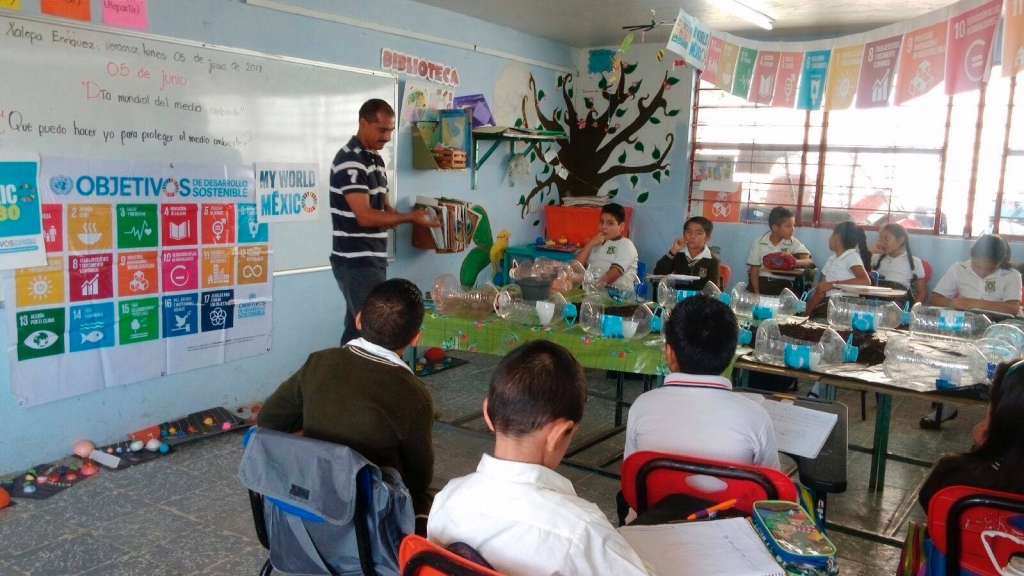 The results so far, have included a total of:

As MY World Mexico worked with the United Nations Global Survey For A Better World MY World 2030, we were able to identify that SDG 14 on Life Below Water was positioned as the least important in people’s choices in this consultation exercise before the High Level Political Forum on Sustainable Development in 2016. This is why the network considered as fundamental to promote #SDGAction and efforts that helped achieved those goals being left behind. 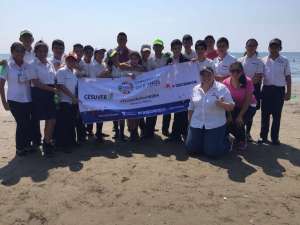 So far, the results have been incredible and people continue to be motivated to work towards the preservation of our environment beyond the dates that commemorate its existence, as well as challenges.  We reaffirmed our commitment to continue to work on towards the achievement of the SDGs, as well as creating and sharing the knowledge, skills and experiences that help others do the same.