Looking beyond the promises of Agenda 2030, the third edition of the SDG Global Festival​ of Action ​saw more than 1,700 participants from over 150 countries come together to make the impossible possible and create a step-change in behaviour to catalyse collective action around the Goals.
THANK YOU for participating in the
SDG Global Festival of Action!

Were you at the Festival? We want to hear from you!

The Festival in numbers

Highlights of the Festival 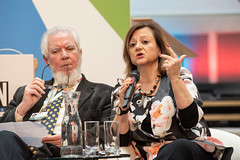 “Governments can use the SDGs as a framework for political action” in words of Cristina Gallach, High Commissioner for Agenda 2030 for the Government of Spain. On the local level, the City of Milan made a commitment to prepare their first Voluntary Local Review taking into account citizens’ feedback. 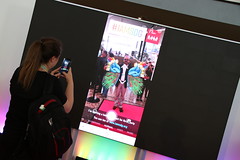 Augmented Reality, 360º media, and digital storytelling were experienced across the Festival. “We are on the brink of another moment, a climate moment. This is not a future projection – it is happening right now,” mobile journalist Yusuf Omar showed us how quick and impactful creative content can be: watch video 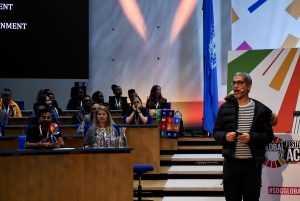 Climate was front and center, including discussions on deforestation, extreme weather, climate challenges and solutions. “Humans are like rivers: they get bigger and stronger when they get together” – Estevao Ciavatta, called for more collective action.

How can we, together, #Act4SDGs? 10 key messages from the Opening Plenary

Read all the Festival stories and see the photo gallery!

Watch all videos of the Festival