A group of young SDGs Advocates in the ASEAN region share their experiences being volunteers for the MYWorld survey to raise awareness about the 2030 agenda. Their report and achievements will be presented at the ASEAN Summit on the last day of the Sixth Asia-Pacific Forum on Sustainable Development.

Youth advocates from Cambodia, Brunei, Thailand, Singapore, Bangladesh, Indonesia and Malaysia take action for the SDGs! Between June 2018 and March 2019, a total of 60 local events were organized in 9 countries, reaching over 10,000 people. Students, youth, volunteer-based organizations, representatives from marginalized groups and at-risk populations had their say on the SDGs.

These unstoppable SDG Advocates dedicated between 100-120 hours/month organizing SDG workshops and Youth Forums on SDGs, partnering with their universities and inviting students, academia and civil society to their events in their countries.

Meet the inspiring stories of their journey being a MYWorld volunteer in their local communities!

Dina and “MY Action For SDGs” 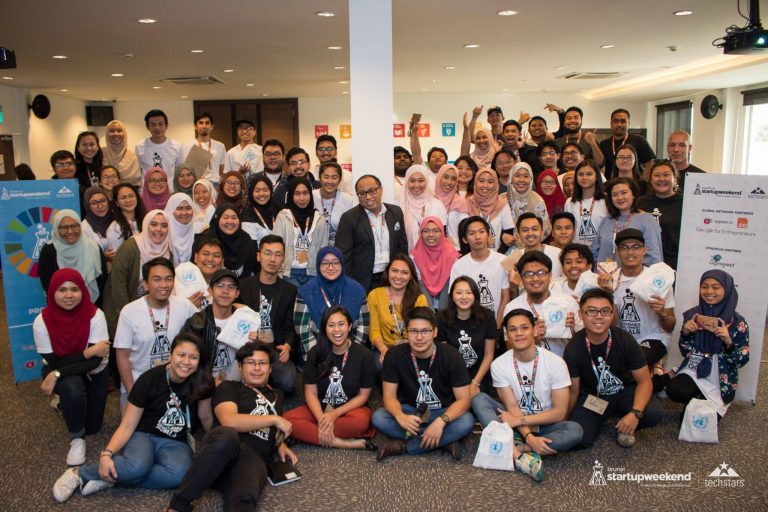 “MY Action For SDGs” is a campaign which aims to raise awareness of the SDGs, particularly among youth and children in Brunei Darussalam. Behind the campaign is Dina, who has collected 581 votes so far for MYWorld survey. She also represented Brunei at the ASEAN Women’s Leadership Academy in Jakarta, after being nominated by the Young Southeast Asian Leaders (YSEALI) programme in April 2018. Currently, she is involved in Global Shapers Bandar Seri Begawan and WeCare whose overall aim is to shape employability and provide humanitarian aid respectively. Read Dina’s blog about her experience

There are 8 SDG Advocates in Cambodia. They are located in several cities in Cambodia, and together they collected more than 3,000 votes. Among them, Nen Neou has a special characteristic: he was raised in a Buddhist family and he has been a Buddhist monk in Theravada tradition for 7 years.

Nen collected 2,068 online votes and 137 offline votes among religious communities. As a Buddhist monk himself, he visited several Buddhist high schools in August 2018 to raise awareness for the SDGs and collect MYWorld 2030 votes, including offline in Khmer language. 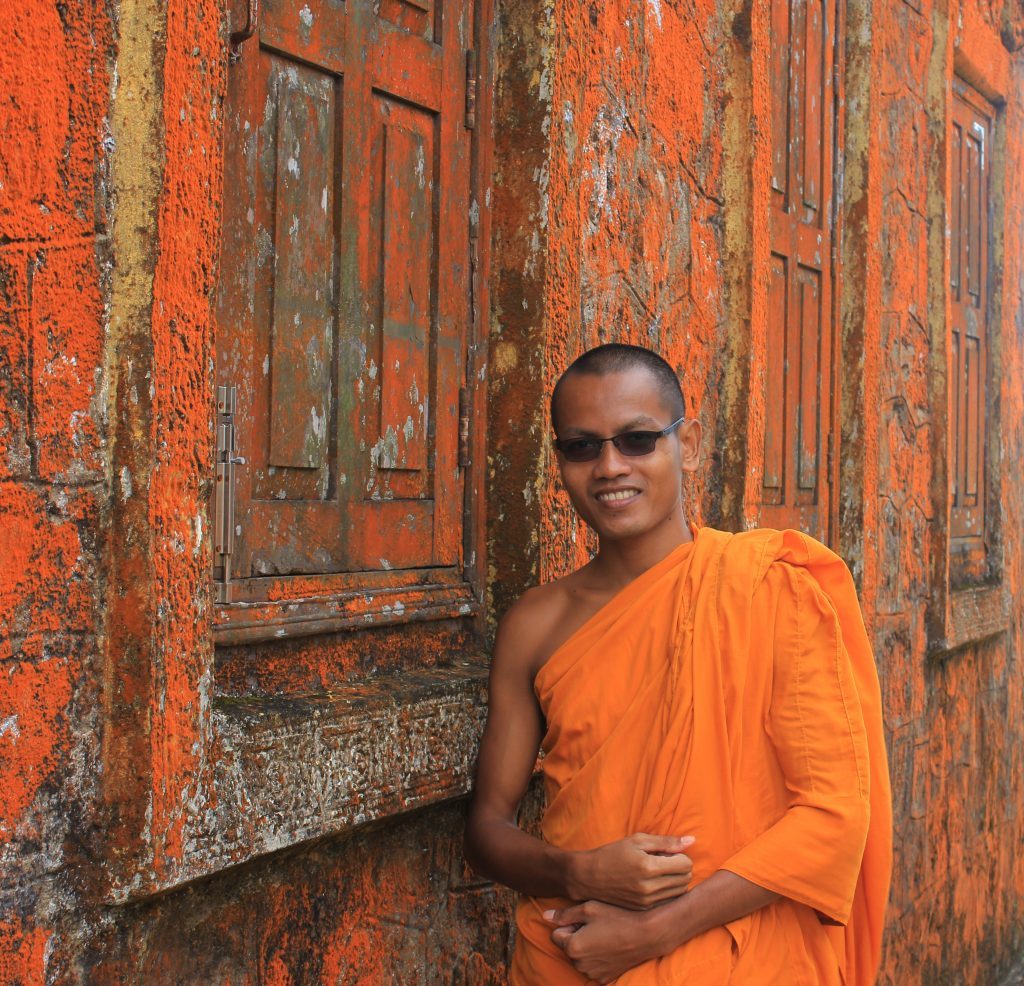 Ky Veasna is also an SDG Advocate in Cambodia and the president of the ASEAN Youth Leaders Association. He led an introduction session for students on MY World 2030 and the SDGs at the University of Cambodia (September 2018). In collaboration with several NGOs such as WaterAid Cambodia and government representatives from the Ministry of Rural Development and the Ministry for Tourism, he also moderated a panel discussion on young people’s roles on SDG Goal 6 for Clean Water and Sanitation. This discussion kicked off a 3-day camp and the launch of a campaign in Cambodia focused on sanitation, called “Saart Cheanich” (Always Clean).

Currently, he has been leading two projects on Water and Sanitation and Combatting Trafficking in Persons in eight provinces across Cambodia. He works with international and local NGOs, governments, young people and local communities.

Nur & her experience with the SDGs and the Indonesian Television

There are currently 8 SDG Advocates who have collected more than 8,000 votes in Indonesia. One of the Indonesian SDG Advocates, Nur Hayyu Supriatin, promoted the SDGs and the ASEAN MYWorld 2030 initiative on the famous Indonesian Broadcasting System or RRI (Radio Republik Indonesia) Sorong. She also organized a public discussion on “Improving Human Development Index in West Papua with SDGs” with the support from the Youth Changemakers Sorong organization located in West Papua. Her work as a MYWorld volunteer has contributed to creating a meaningful dialogue between citizens and their local government representatives. Nur is a journalist that also writes a storybook for Kasimle’s village children to increase their reading interest. 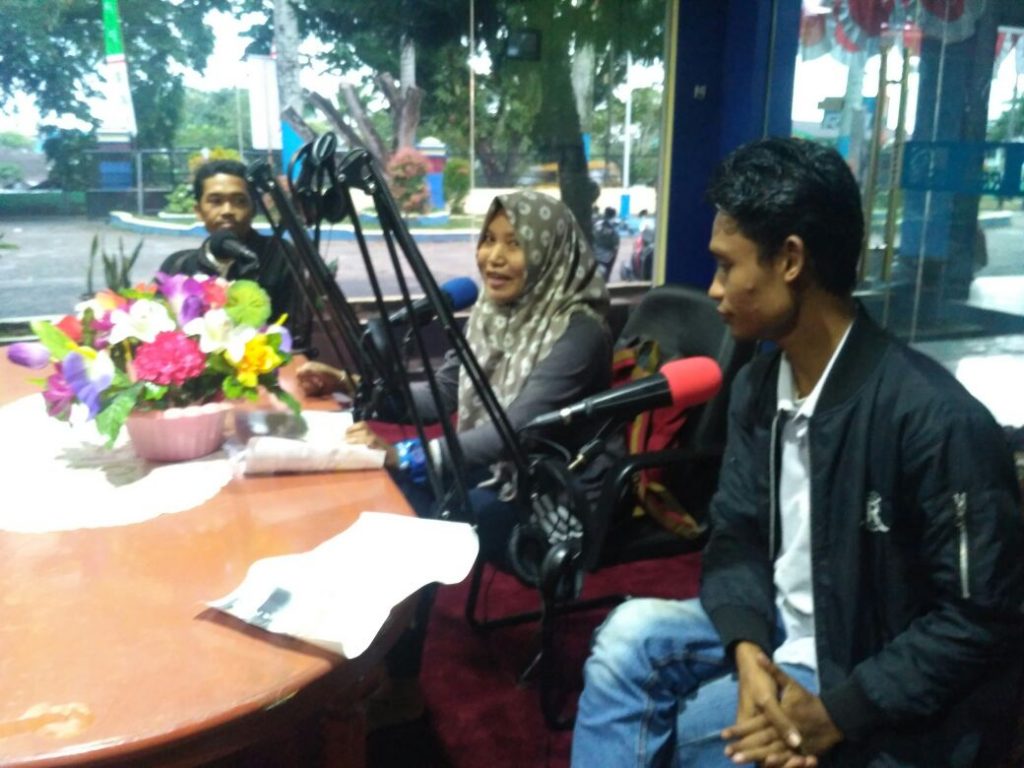 Read more about her experience here!

Singapore and the food waste campaign

There are many ways to raise awareness about the SDGs and one of the ASEAN SDG Advocates in Singapore used his creativity to reach his community. Shafkat Fahmid Sifat created “Choices and Habits Reducing Food Waste in Singapore” an advocacy video in Singapore about SDG 12 on sustainable consumption. The video was shared widely among young people in Singapore and beyond.

Shafkat was also the President of Migrant Workers Awareness Week 2016, one of the biggest events to raise awareness on migrant workers’ issues in Singapore. He is also one of the co-founders and a foreign delegate of Youth’s Voice, a registered NGO in Bangladesh, where he is involved in fundraising, especially in relation to the assistance for Rohingya refugees in Bangladesh and for raising awareness on menstrual hygiene.

Dina, Nen, Kyn, Nur and Shafka are part of the ASEAN MY World 2030 Advocates Programme that was set up in June 2018. Under the leadership of the UNDP Bangkok Regional Hub and the UN SDG Action Campaign, they have the opportunity to take a leadership role and carry out a series of advocacy activities in all 10 ASEAN countries. They were selected based on gender/ thematic area/ geographic criteria. Currently. there are 21 men and 29 women, professionals in education, climate change and social entrepreneurship areas.

The program encourages them to place a strong emphasis on marginalized and vulnerable groups: children, women and girls, economically-disadvantaged people, persons with disabilities, LGBTI+ groups, indigenous people, refugees and stateless persons. and marginalized groups. This way, they can really “leave no one behind”.

The results of their effort in local communities

All of the volunteers are doing a great job spreading awareness on their communities about the SDGs. The stories of the SDG Advocates can inspire a whole community to take action. Cambodia, Malaysia, the Philippines, and Viet Nam have tailored MYWorld 2030 programmes to implement them this year. Strategic partners, such as the ASEAN Foundation, several universities and regional civil society partners and youth networks, such as 2030 Youth Force, AIESEC and JCI, are involved in promoting the survey at the local level. All the efforts are needed to get everybody in the ASEAN region aware of the Sustainable Development Goals also needs the compromise of everybody. Keep the work up!