Angga Dwi Martha – “Now the world is currently undergoing drastic changes in climate change, social and economic inequality, to politic and humanity crisis. Youths are usually faced with situations in which they do not have a safe space to move, to talk and to explore their potentials. With social  media and other online communication platforms, youths have figured out a new way to include and innovate themselves to create a virtual and physical space for their own growth. Currently, creative art spaces like; music, poetry and digital media have significant roles on creating these spaces.”

Jakarta 11 August 2018 – 2030 Youth Force Indonesia held a Talk show and workshop in commemorating International Youth Day 2018 (IYD 2018). The event that was held in Google Office Indonesia was specifically for youths aged 15 till 30 who were interested in Sustainable Development Goals (SDGs) and have the knowledgeable skills in the arts and literacy. The event that took the theme Safe Spaces For Youth “Freedom Of Expression: The Power Of Youth To Challenge Harmful Narratives” consists of 2 (two) session of activities which are Talk show and Workshop. We also introduced the programs that aimed to raise awareness on the attainment of SDGs, for instance ASEAN My World 2030, SDGs Plogging and SDGs Song. 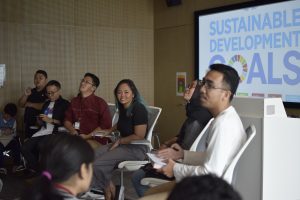 The Talk show session invited the representatives from Google Indonesia, Asian Muslim Action Network (AMAN) Indonesia, Ministry of National Development (Bappenas) and UNDP as the speakers. This session discussed about the roles of art and literacy in combating harmful narratives. Creative counter-narratives will play a significant role in tackling the above mentioned problems. Counter-narratives are a message that offers a positive alternative to extremist propaganda or aim to deconstruct or delegitimize extremist narrative, this could involve focusing on what youth are interested in, by offering positives stories about shared values, open mindedness, and diversity 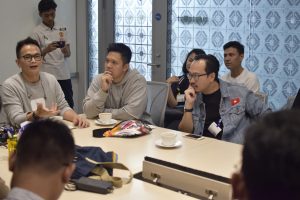 What makes the Workshop class interesting and different is the project behind it, the participants are expected to make an output from the workshop that they choose. on 19 August, the participants will be performed in front of the audice to share their creativity and art on peace. the following activity include peace and charity performance. 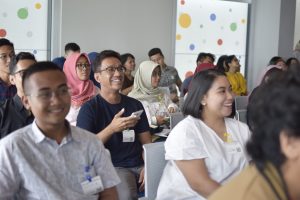 After participating in the Talk show and Workshop, all the participants are expected to bring changes to the community, especially to fellow youths to combat harmful narratives such as violent extremism, hate speech, bullying online and black campaign. From there onwards, safe spaces will be made to maximize the potentials of youth so that they can contribute more to the community.