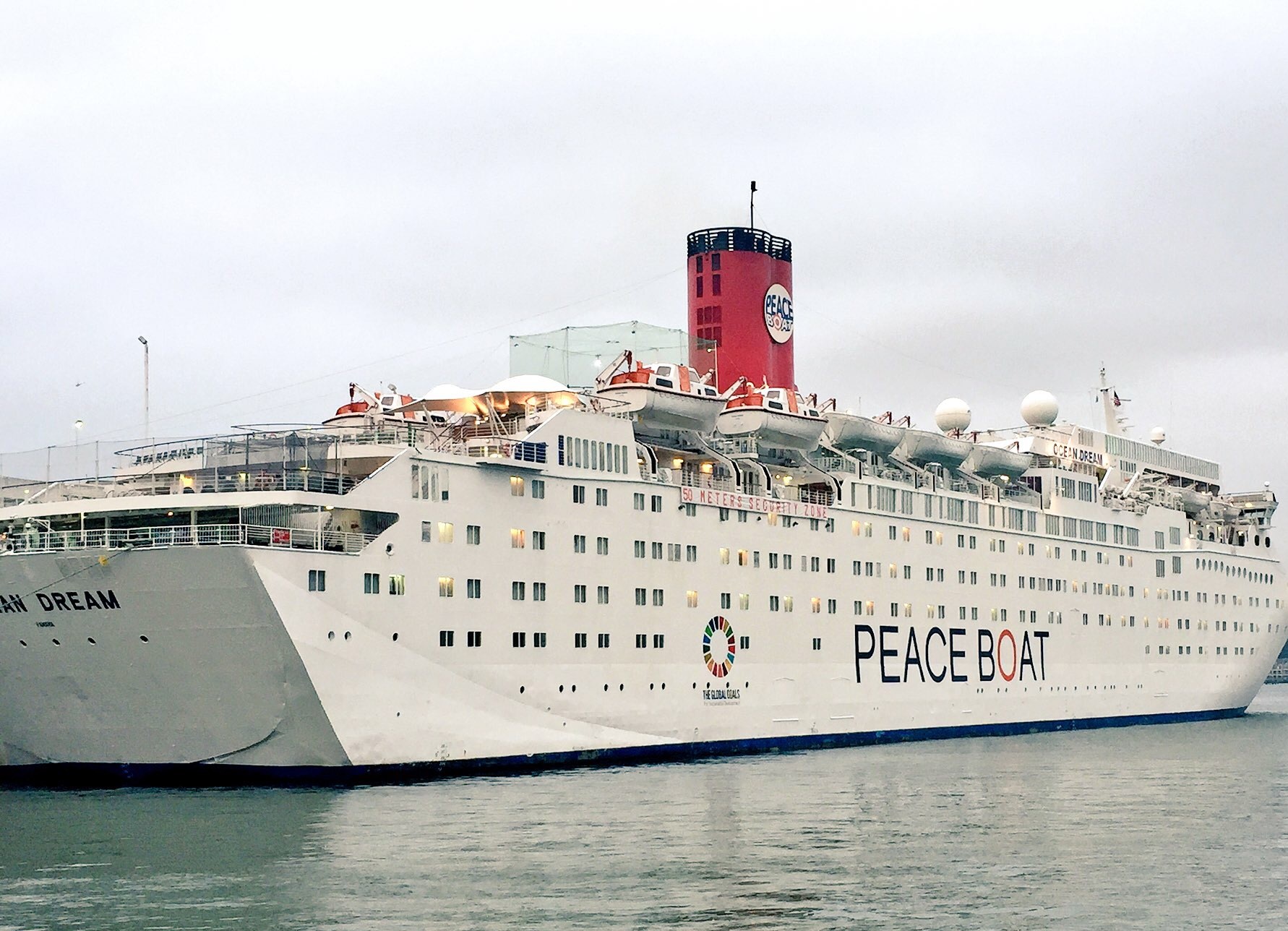 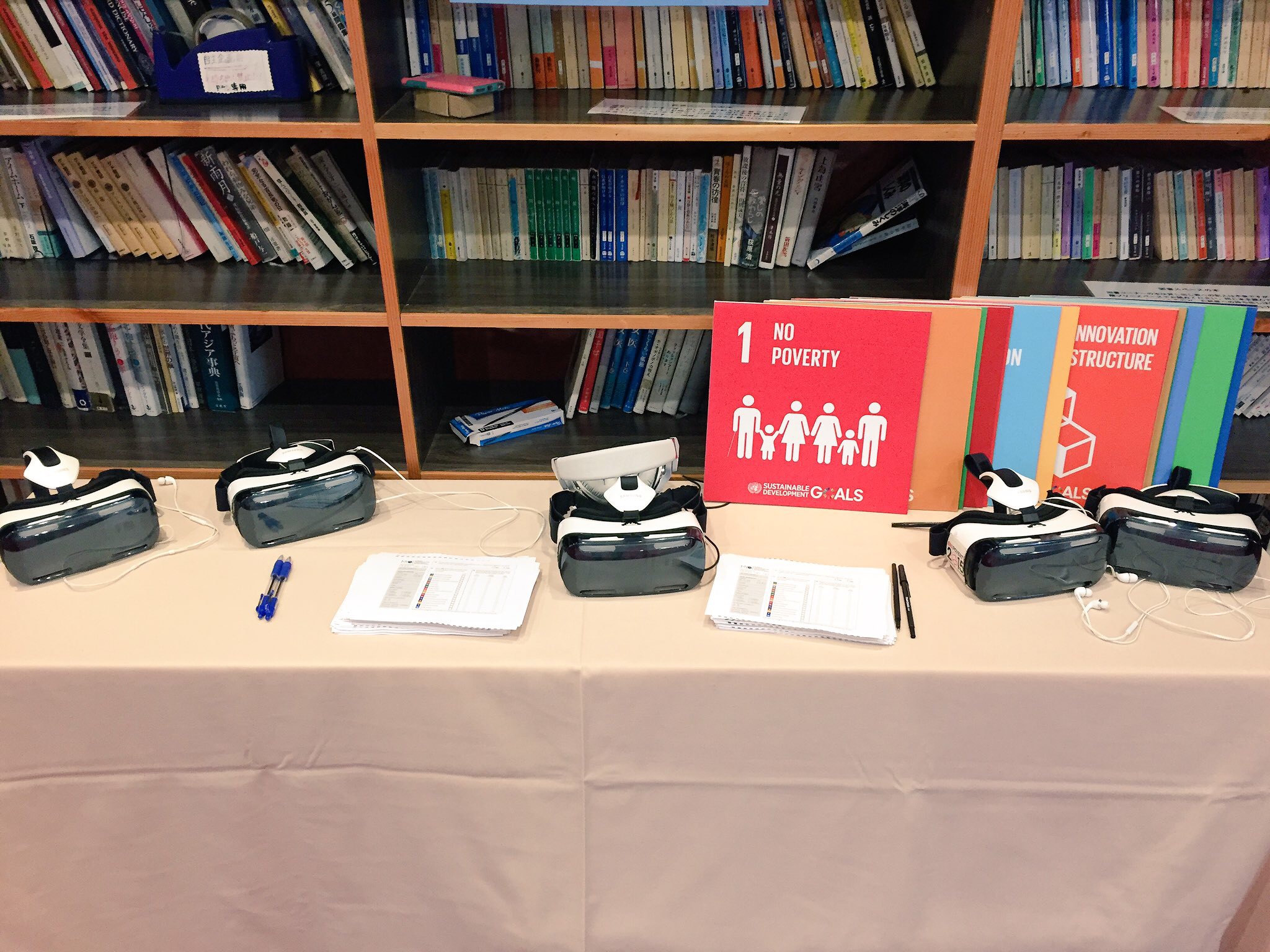 On Thursday, October 20, over 600 people attended a grand exhibit aboard the Peace Boat. This “Floating Festival for Sustainability” marked the Peace Boat’s 92nd Global Voyage for Peace since the nonprofit was established in 1983, and the first time the ship has docked in New York in five years. It also marked the inauguration of the Global Goals logo on the boat.

The SDG Action Campaign has a long history of working with the Peace Boat, having launched a partnership in 2009 to promote the Millennium Development Goals (MDGs). The Peace Boat previously hosted the Millennium Campaign logo, gave courses on the MDGs to passengers, and participated in the Stand Up Campaign among other activities. The Peace Boat has also been an early adopter of the MY World 2030 survey, helping to translate the ballot into Japanese, and collecting ballots both from passengers and people they meet during their journey. They presented the results of their first efforts in their recent report about the ship’s visit to Latin America – showing the enormous efforts and impact the boat is able to make on supporting the implementation of the SDGs.

The event occurred aboard the Peace Boat, providing guests with an intimate glimpse of life at sea. When guests first arrived, they were greeted with a tour of Peace Boat’s impressive ship. The foyer of the ship allowed guests to engage with the mission of the Peace Boat and with an exhibition of projects the peace boat is aligned with. Peace Boat, an NGO in Special Consultative Status with the United Nations, campaigns for the Sustainable Development Goals as it tours the globe each year. The UN SDG Action Campaign was present to drum up excitement about the SDGs and give participants the ability to engage with immersive content. Participants could take the MY World survey to voice their opinion on the importance and progress of the SDGs, take selfies highlighting their favorite SDGs and watch the virtual reality films of stories from around the world.

The World We Want team was also present, inviting guests to learn about their activities and to join the Policy Strategy Group. The World We Want is looking to continue doing WWW exhibitions around the world to promote the SDGs and civil society’s participation in UN activities. Other exhibits included the presentation of the Eco Ship, an entirely sustainable ship fueled by renewable energy sources that will retrieve the mission of the Peace Boat and promote climate action world-wide when in launches in 2020. 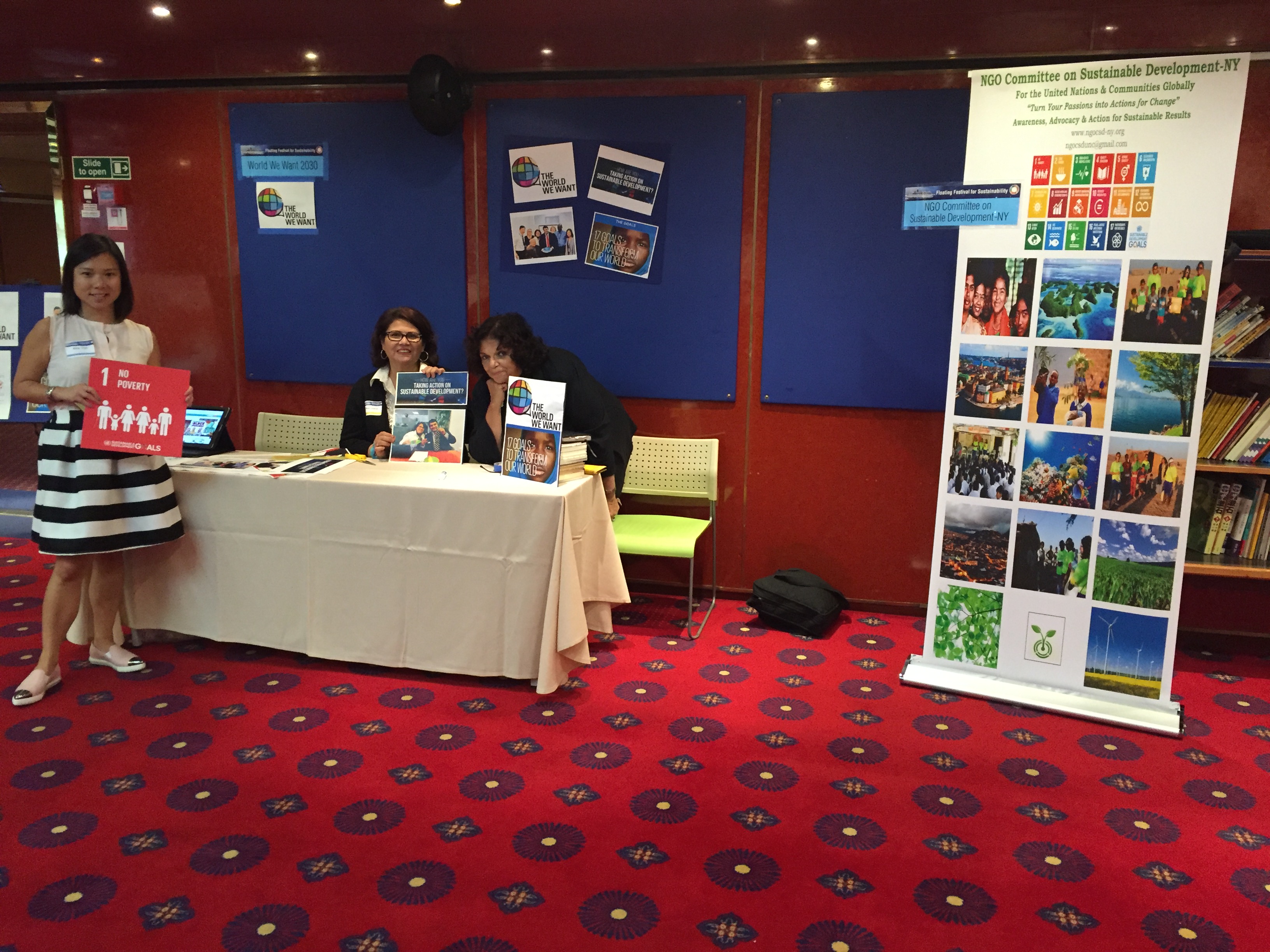 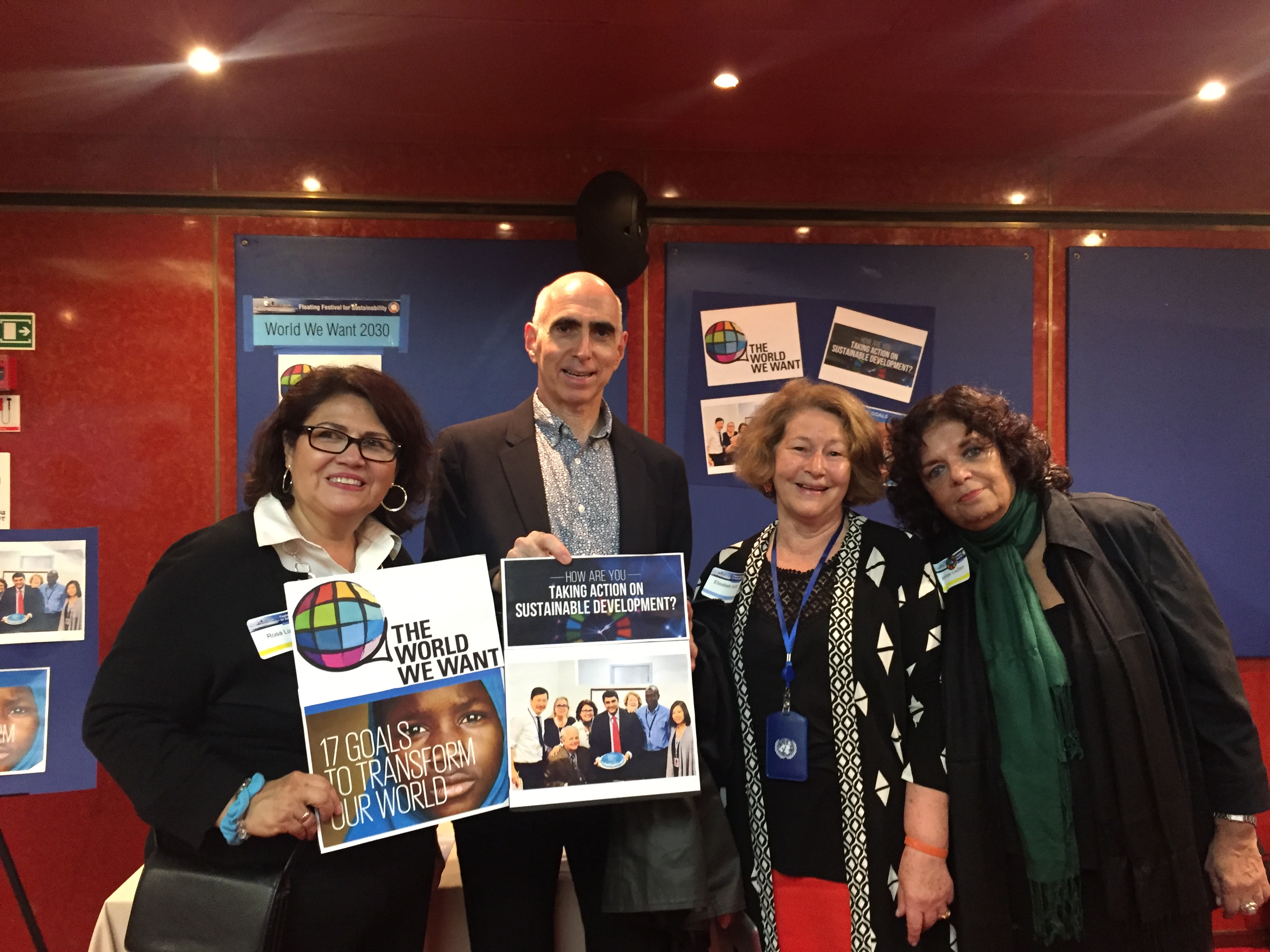 The main event of the evening began with live music and dance, followed by a series of speakers including H.E. Jan Eliasson (United Nations Deputy Secretary-General), H.E. Ahmed Sareer (Ambassador of the Maldives and Chairman of the Alliance of Small Islands States (AOSIS)), Jeff Brez (Chief NGO Relations Advocacy and Special Events, Outreach Division, United Nations Department of Public Information), Yoshioka Tatsuya (Peace Boat Director) and Cora Weiss of the (President, Hague Appeal for Peace). The presentations were followed by an eco fashion show highlighting sustainable designs, and the SDGs chosen to be of highest import to each of the designers.

The presenters made appealing calls to action for all guests to get involved with the SDGs and in promoting peace. The Mr. Eliasson stressed the need to join forces and approach the SDGs in a collaborative manner, encouraging everyone to not be phased by the large task at hand, but rather to focus on small actions that add up: “nobody can do everything, but everybody can do something”. He stressed the need to empower and create space for youth and women as major actors in the fight for peace.

Mr. Tatsuya gave an energetic presentation about the new ship the Peace Boat is developing, which will soon be the most sustainable ship to ever set sail. It will include an on-board university for peace & sustainability, sport activities, and volunteer exchanges in local communities visited.

The evening also included a passionate appeal from a survivor of the Nagasaki atomic bombing as part of a special partnership with the United Nations First Committee on Disarmament and International Security (UNODA). Five victims of both Nagasaki and Hiroshima, known as Hibakusha, are traveling with the Peace Boat to campaign against nuclear weapons, hoping to see a world without them in their lifetimes.

For more information on the Peace Boat, please visit: http://www.peaceboat-us.org/