From Nigeria to China, From UNHQ to Microsoft, the SDG Action Campaign working with Multi-Stakeholders to Ensure We Leave No One Behind during the 71st UNGA. 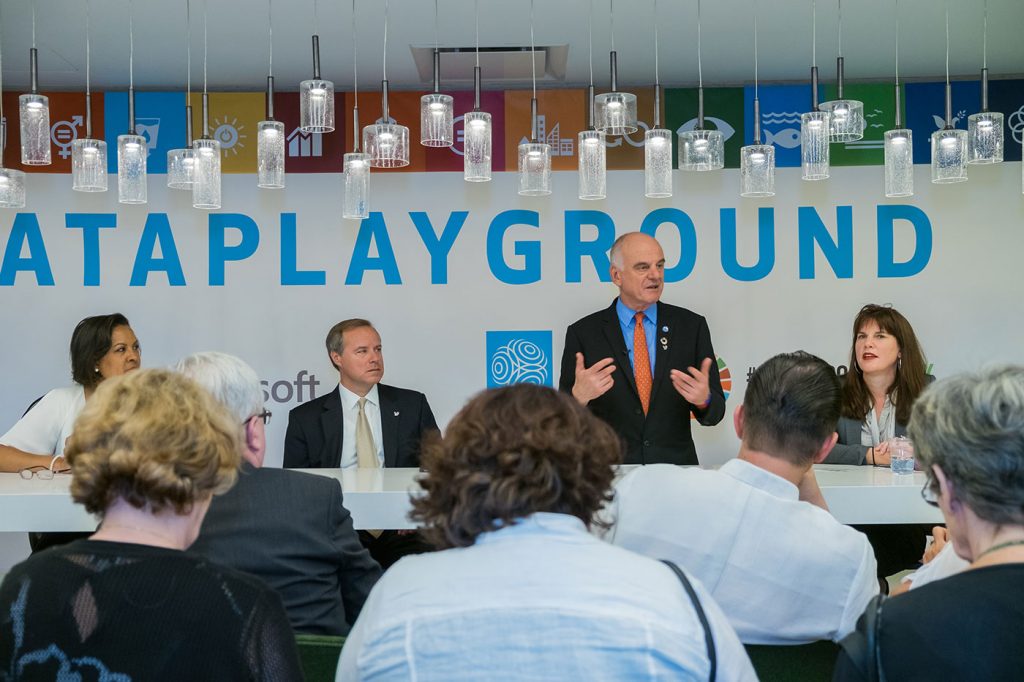 It’s been a busy 71th UNGA week. At the SDG Action Campaign, we spent the week strategizing with partners from around the world on how to bridge the technological divide, adopt innovative communication methods and more effectively build multi-sectoral and multi-stakeholder partnerships. This is done in the effort to ensure that throughout the SDG advocacy and implementation process, the voices of the most marginalized are heard loud and clear. Together with world leaders, governments, youth-led organizations, parliamentarians, and the private sector, this week we delve deeper into how to make the ambitious SDGs a reality for everyone, everywhere on a local, regional and global level. Here’s a brief recap of all the exciting innovations, conversations, events, and actions from UNGA 2016 Week!

At the Inter-agency UNDG Side-Event, SDGs Coming to Life, the Germany Federal Minister for Foreign Affairs, H.E. Frank-Walter Steinmeier, made a clear call to action for everyone to join into the SDG Action Campaign. It was wonderful to see this packed event bringing together Member States, Civil Society, Youth, and Private Sector colleagues. The UN Secretary-General, Ban Ki-moon, urged everyone to take action and to bring inspiration to those who need it the most. Together, indeed, we will bring the SDGs to Life!

Ban Ki-moon: “I ask you to challenge your leaders, your peers, and yourselves. Inspire those around you” #UNSG #SDGAlive #UNGA #globalgoals

“What we need now is ACTION & implementation backed by political will…We need action from everyone, everywhere” #SDGAlive #SDGs #UNGA pic.twitter.com/lUWseuIAvB

In case you missed this incredible event, check out the SDG Action Campaign’s newest video highlighting you, the people, and how we’re going to leave no one behind for the #SDGs. 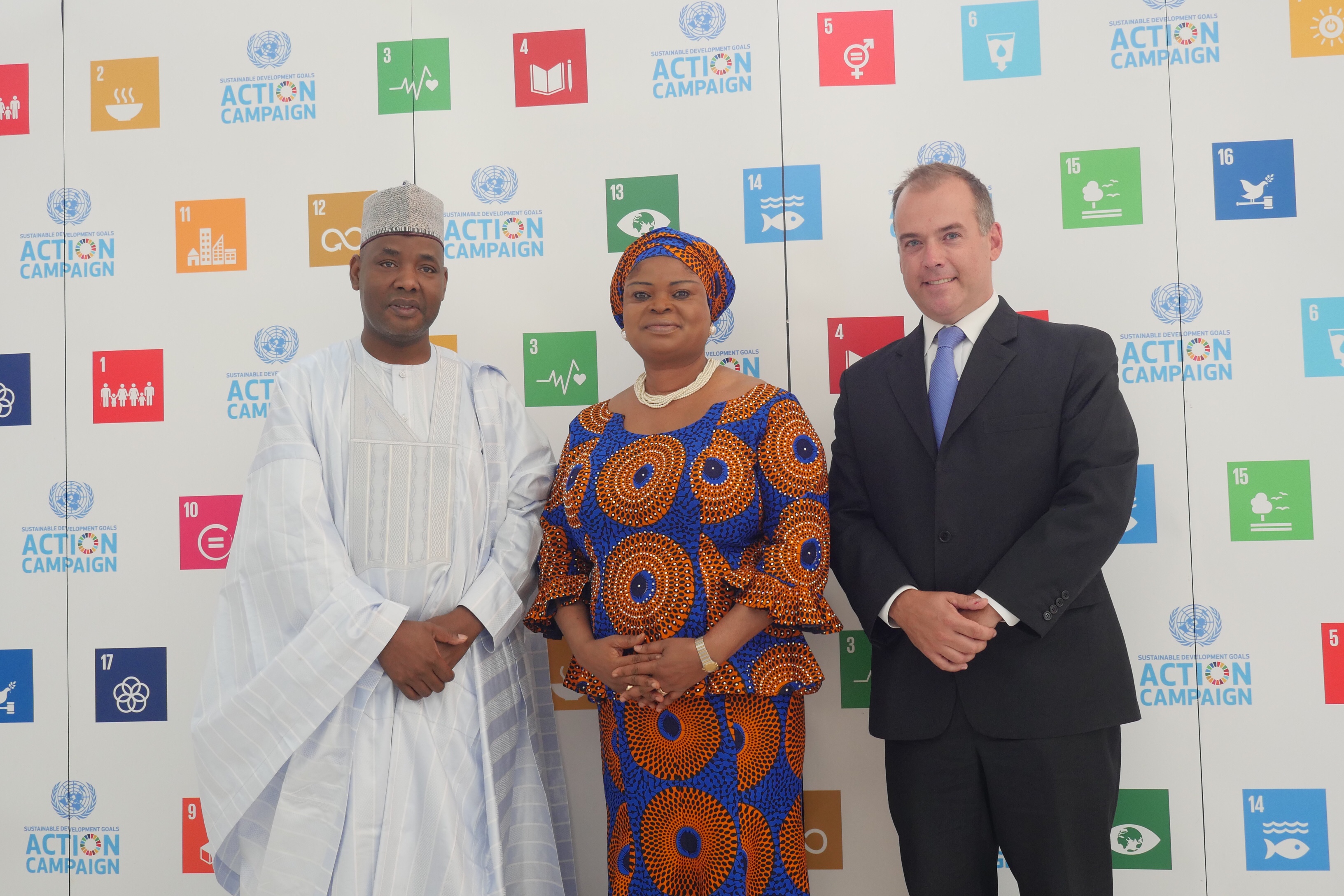 On 21 September, the Permanent Mission of Nigeria to the United Nations co-hosted a UNGA side event with the SDG Action Campaign on multi-stakeholders’ engagement in the implementation of the SDGs in African nations. In his opening remarks, Nigeria’s Minister of Foreign Affairs H.E. Geoffrey Onyeama illustrated the need for country-level, multi-stakeholder engagement, proclaiming that for the SDGs to be realized, we need ALL HANDS FIRMLY ON DECK.

For the SDG Action Campaign, the UNGA week came to a brilliant conclusion with the annual Data Playground event in collaboration with UN Global Pulse and Microsoft. Kicked off by a High-Level Panel discussion attended by the Secretary-General’s Special Advisor for Agenda 2030 and Senior Executives from Twitter, Microsoft and the Global Partnership on Sustainable Development Data. The event showcased innovative data and solutions from across the UN system, featuring showcases and workshops from the SDG Action Campaign, WFP, UNICEF, UNDP, OCHA and many others.

#Data innovation and how we can #partner to achieve the #SDGs live @Microsoft x @SDGaction‘s #dataplayground event pic.twitter.com/dJvpgJEm3A 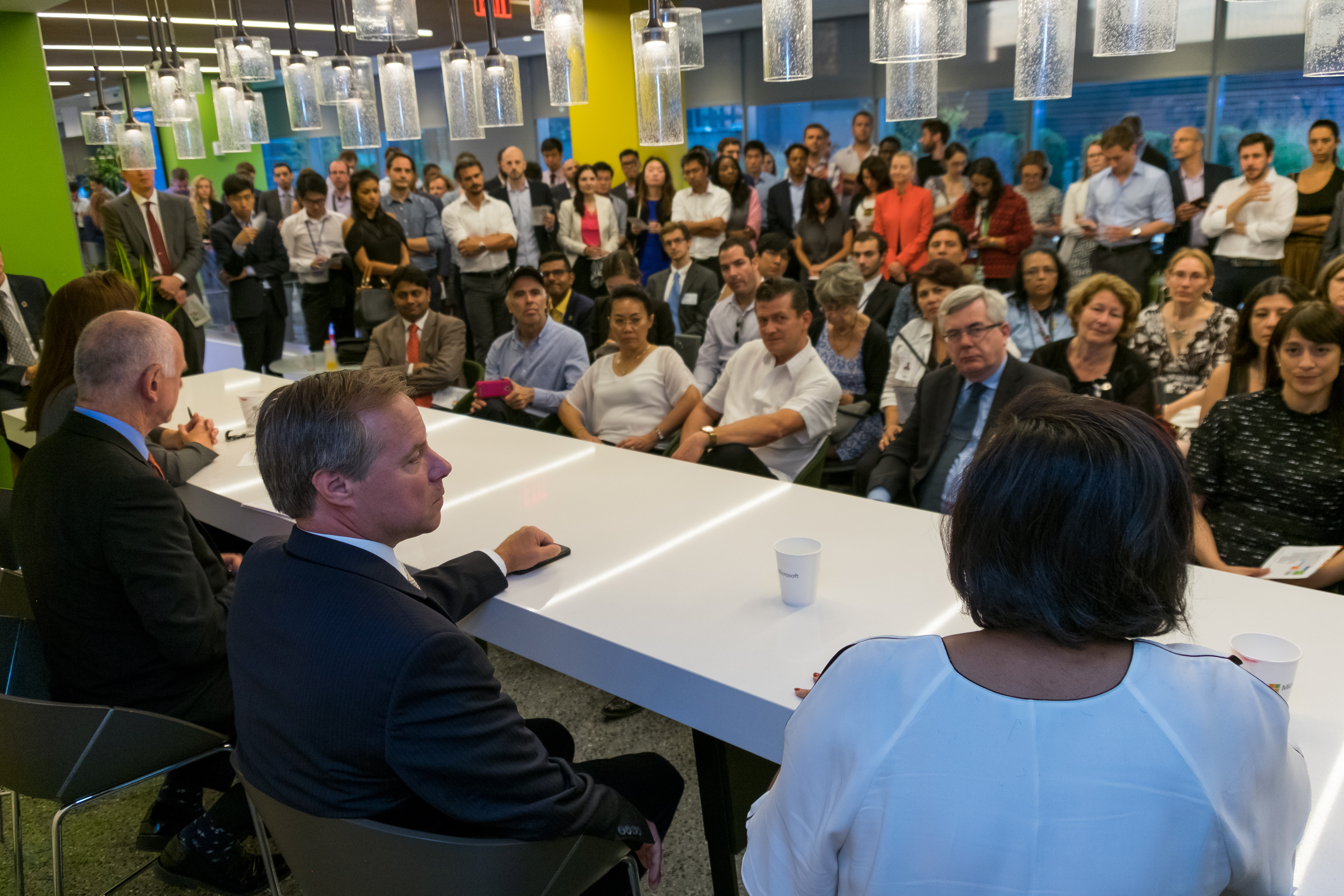 Throughout the week, we had many visitors and received a particularly warm visit from the Campaign’s long standing Chinese youth-led organization partner, Youthink Center. 17 students and young professionals from across the country discussed with the Campaign grassroots engagement strategies for the SDGs and MY World 2030 as it relates to their lives and communities.

Discussing the #SDGs and implementing a #MyWorld program in @China with #youth delegates @UNYouthEnvoy pic.twitter.com/vTN4ZPYIVE

The @SDGAction helped facilitate a portal to be installed in the Sputnik Center inside of UNHQ. This offered world leaders an unique opportunity to virtually meet with refugees and people from vulnerable communities. The Netherlands was a major sponsor for the Portal by Shared Studios and Minister H.E. Ploumen used this innovative technology to meet and converse with refugees living in Iraq. Through the Campaign’s UNVR.org series, we were able to virtually introduce a young Syrian girl named Sidra who lives in the Zaatari Refugee Camp in Jordan to the Foreign Minister of Malaysia.

Many of these activities were planned to fall within the inaugural #globalgoals week, a joint initiative of SDG Action Campaign, UNDP, UNF and Project Everyone. The week saw a huge host of activities to promote and engage people everywhere in the achievement of the Goals. The week also saw the SDG Action Campaign launch two exciting pieces of content in collaboration with the above partners, the ‘We have a Plan’ video and ‘Numbers in Action’ we encourage you to view these and give us your feedback. Let us all keep taking bold action towards fulfilling this ambitious agenda for people and planet.

So you ask, now that the GA is over, what’s next? Here’s a hint: See you in Bonn (Check out this video)!

We at @SDGAction are proud to be the newest member of the @UNBonn family! Learn about the @UN in #Bonn https://t.co/hLXgfhhTdp @UNVolunteers

MY World Mexico is a national initiative supported by the UN SDG Action Campaign aimed to engage stakeholders and individuals in the SDGs implementation through direct people’s engagement through the use of the UN Global Survey For A Better World MY World 2030. Established in 2016, the initiative seeks to encourage public ownership of the SDGs in the country through creative and innovative communications, campaigning and policy advocacy. The initiative also aims to strengthen accountability mechanism and monitor SDG progress through generation/collection of data, evidence, and sentiment about the impact of the SDGs. Follow us: @MYWorldMexico View all posts by MY World Mexico