Did you know, the MY World Survey is comprised of much more than one simple question now?

On July 18, 2016, the UN SDG Action Campaign, in partnership with UNDP, ODI and Global Pulse, launched the next phase of MY World in the UNHQ. Partners from multiple sectors joined in the discussion, reporting on methodologies and strategies. They also presented lessons learnt and preliminary results from early pilot testing and representative studies.

See what our speakers and panelist have said during the MY World 2030 Launch!

The UN MY World 2015 survey (2013-2015) showed that it is both possible and useful to bring peoples’ voices directly into policy making at a global level.  MY World was designed to bring the voices of individual people into the political delibera

tions on the new Sustainable Development Goals (SDGs), and it has been highly successful in doing so. Almost ten million people have responded to the survey, and the results have fed into every part of the political process for creating the new goals.  MY World has been cited as part of the High Level Panel deliberations, the Open Working Group discussions, the PGA consultations and the Independent Expert Group on Data. The SG, DSG, Special Adviser on Post-2015 Development Planning, Secretary General Youth Envoy and chair of the UNDG regularly reference the MY World data.

MY World 2030 will have two clear areas to contribute to, enabled through four different channels. 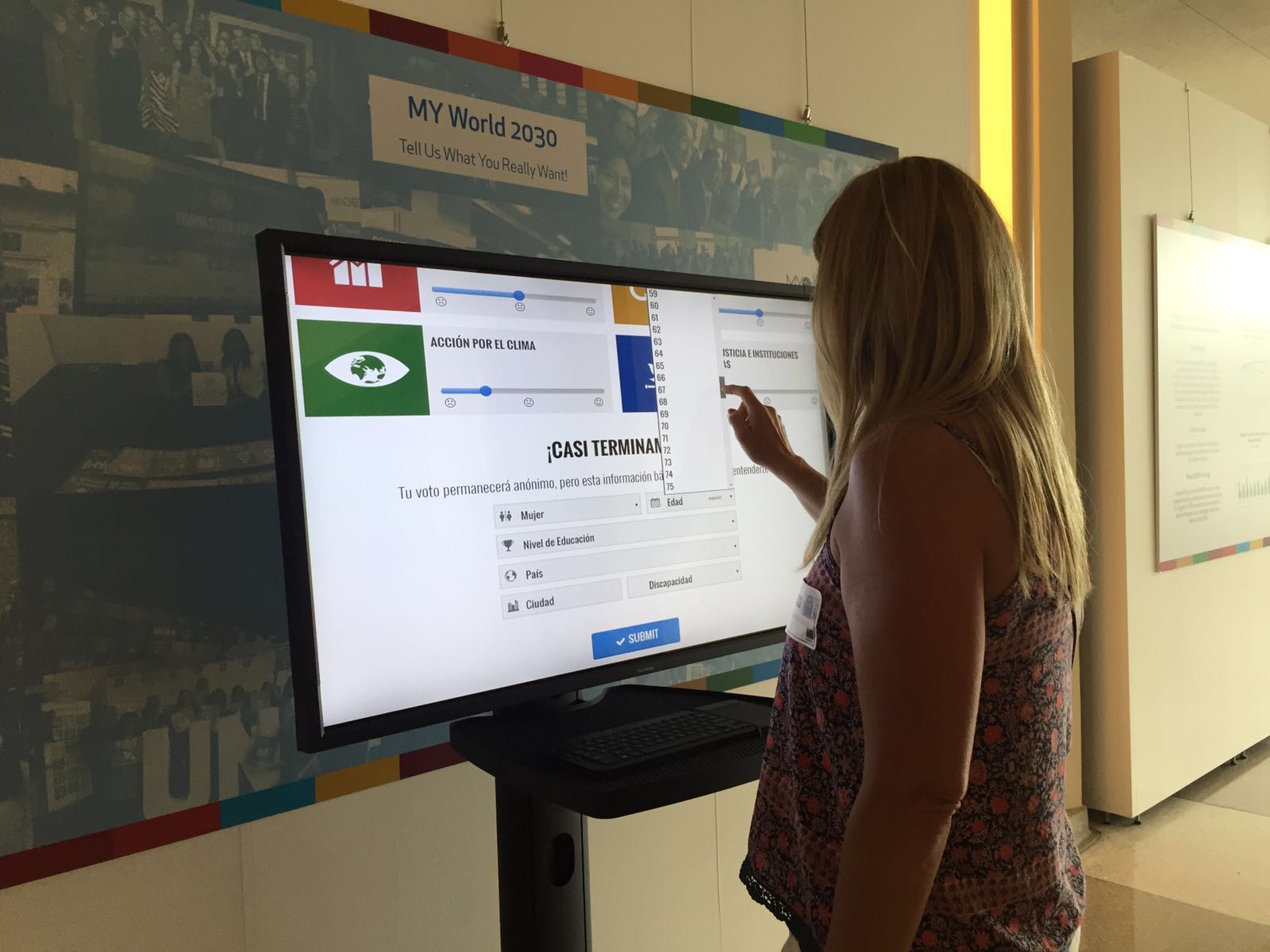