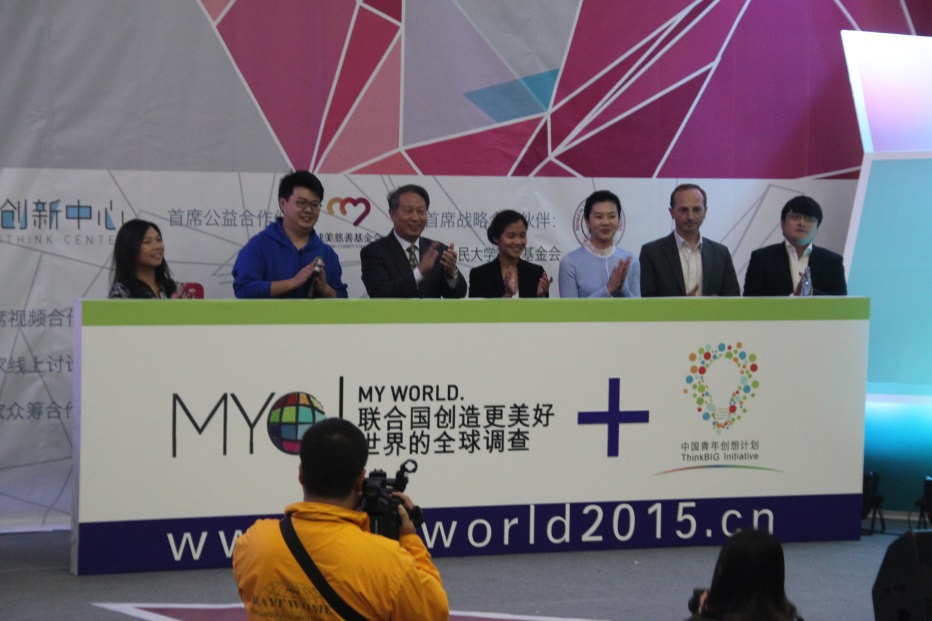 On November 1st, MY World China’s newly improved website, www.myworld2015.cn, was unveiled during the World Youth Forum 2014 annual meeting, organized by MY World Partner, Youthink Center. The localized Chinese website was created in collaboration with Youthink, the UN Millennium Campaign and UNDP.

MY World is a global survey for citizens led by the United Nations and MY World partners. It aims to capture people’s voices, priorities, and views, so that global leaders can be informed as they begin the process of defining the new development agenda for the world. 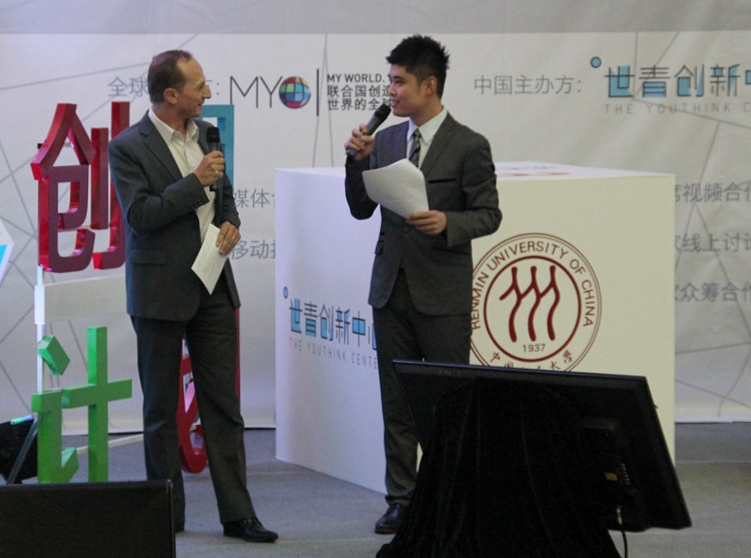 Mr. Christophe Bahuet, the UN Country Director, delivered a keynote speech in Mandarin on the importance of youth innovation and engagement, while Ms. Kallayaphorn Jaruphand of the UN Millennium Campaign, explained the Millennium Development Goals, the post-2015 development agenda, and the importance of reflecting citizen voices in the post-2015 development agenda through the MY World Survey. Ms. Alice Chen from the Millennium Campaign also attended the launch event. She has been actively coordinating activities in China for the UNMC.

The director of the UN Millennium Campaign Ms. Corinne Woods sent a video message from New York, calling on everyone to voice their opinions through the survey.

Youthink Center, a MY World Partner located in China, focuses on youth engagement and youth perspective.  Chinese youth will play a crucial role in the MY World world campaign in China – through the survey, Youthink Center is hoping to engage young people and their unique perspectives in the post-2015 UN development agenda. As UN Secretary General Ban Ki-moon has said, “Young people are gifted with open minds and a keen awareness of emerging trends, and are bringing their energy, ideas and courage to some of the most complex and important challenges facing the human family.” 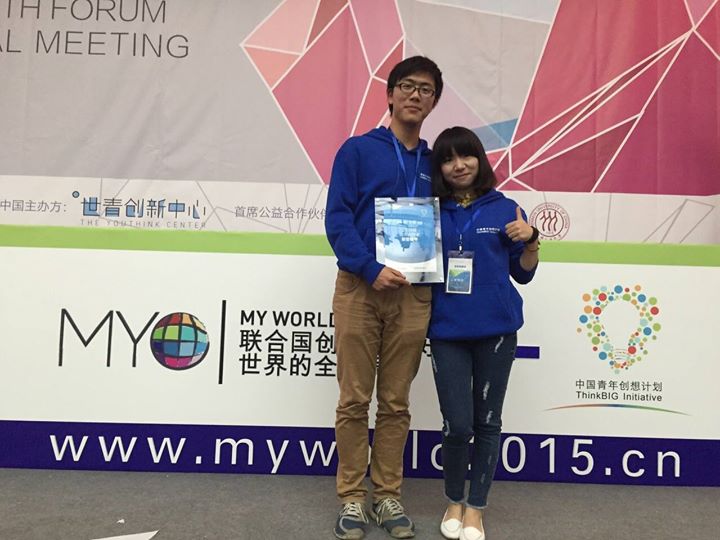 The youth in China, locally called “aborigines on the internet”, receive and convey a multitude of information, varying from social happenings to national affairs, as well as international affairs, mostly via social networks. Despite the little influence of Facebook and Twitter in China due to access restrictions, local Chinese social networks such as Wechat, Weibo, and QQ have become inseparable in young people’s daily life. Aware of the power of local social media, MY World China has partnered with social network magnates like Sina.com and Tencent to facilitate the goal of full participation. Moreover, they are aiming to engage influential Chinese celebrities such as Zhao Wei and Huang Xiaoming, both of whom are also UN ambassadors.

Due to technical differences, the end-user experience for accessing the MY World Survey online was less than optimal in China as the website was hosted on a U.S. server. Youthink Center was able to switch the website to a Chinese server in order to improve the user experience.

Before partnering with Chinese social networks, MY World China had received only about 20,000 votes, making China underrepresented considering China’s population of 1.3 billion people. Now, with a strategy including social networks and celebrity UN ambassadors, it is anticipated that the MY World 2015 survey will become a nation-wide phenomenon. If MY World China manages to achieve the goal of full participation, the survey will reach over 1.2 million people in China, and incorporate their voices into the upcoming post-2015 sustainable development agenda at the United Nations. 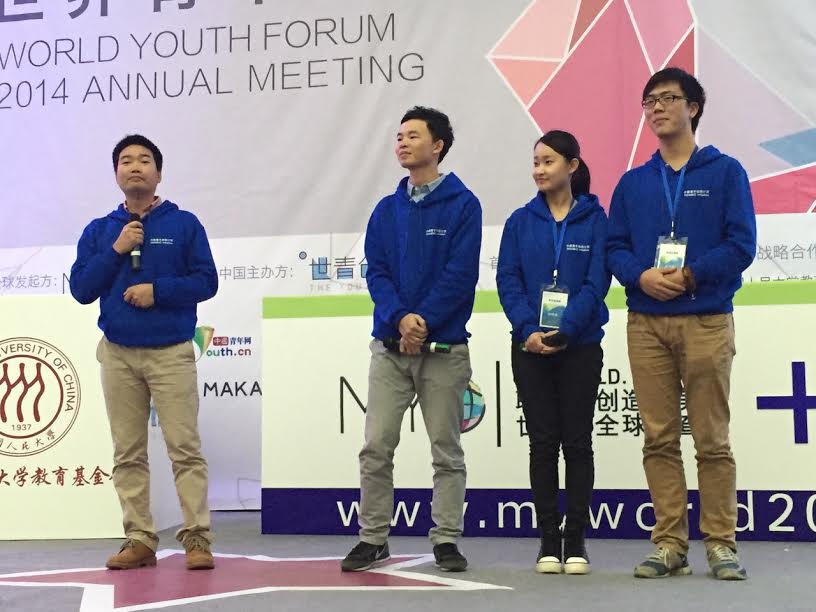 1 thought on “Launch of localized MY World Website in China”