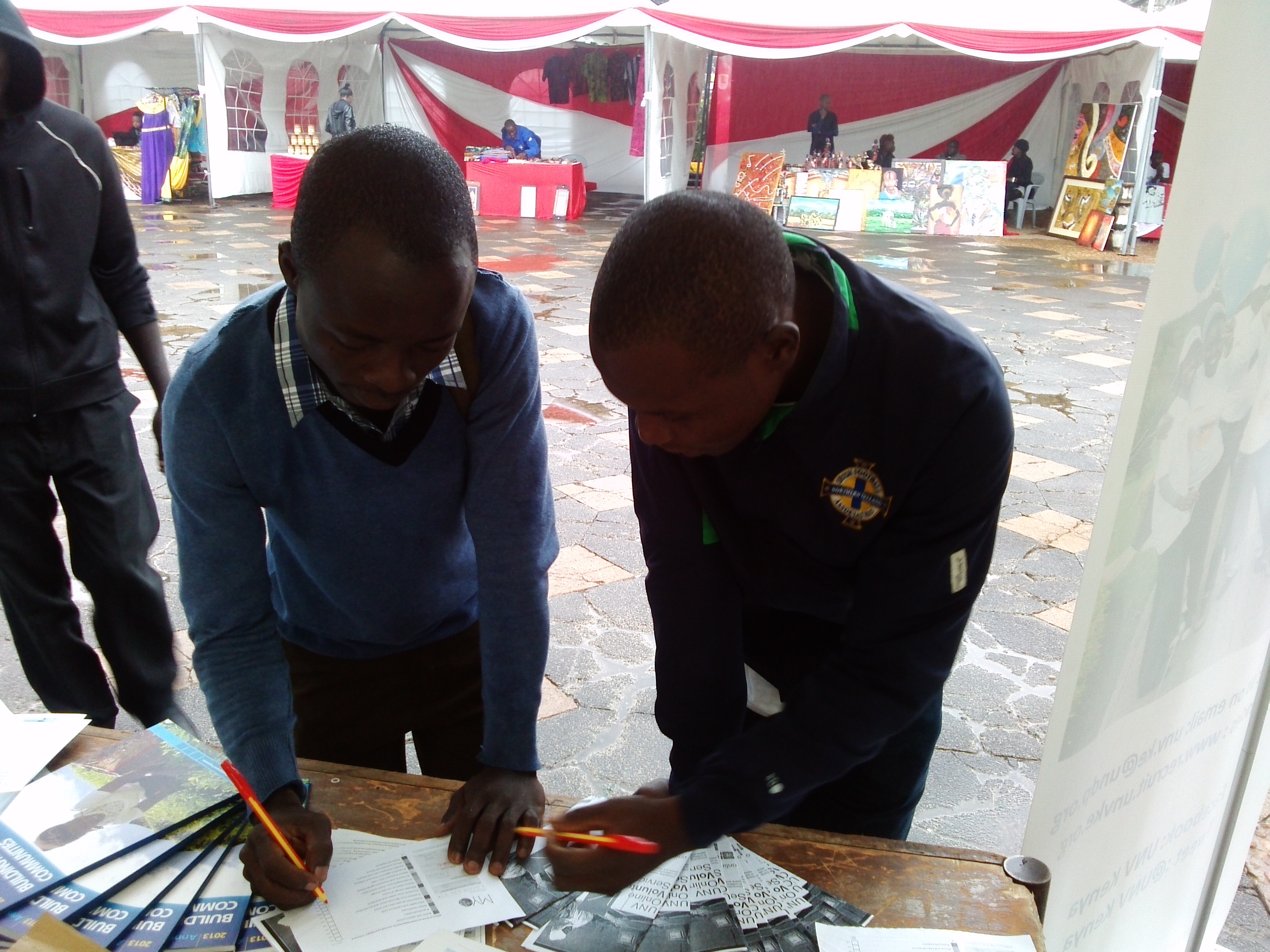 VIO Kenya was the co-recipient of the Volunteer Awards during the 2014 MY World Partners Award Ceremony, along with the Millennial’s Movement in Peru. The award was bestowed by  Mr. Ahmad Alhendawi, the UN Secretary-General’s Special Envoy on Youth and was accepted by Mr. Adjmal Dulloo, Post-2015 Volunteering Working Group on behalf of VIO Kenya.

In their conversation following the award presentation, Mr. Alhendawi emphasized that through volunteering one is “not giving, but also gaining, and this is the best investment one can make in life”.

Mr. Dulloo noted that one of the successes about MY World is the way it engages people in even the most remotest of areas. For instance, VIO Kenya has mostly taken the survey to remote villages in Kenya through offline ballots. Many of the people engaged have never been asked their opinion before. Thus the exercise made those polled “feel like people care about what they think, and it’s really important to stop and engage them further on because they know what they need, so they need to be involved as well.”