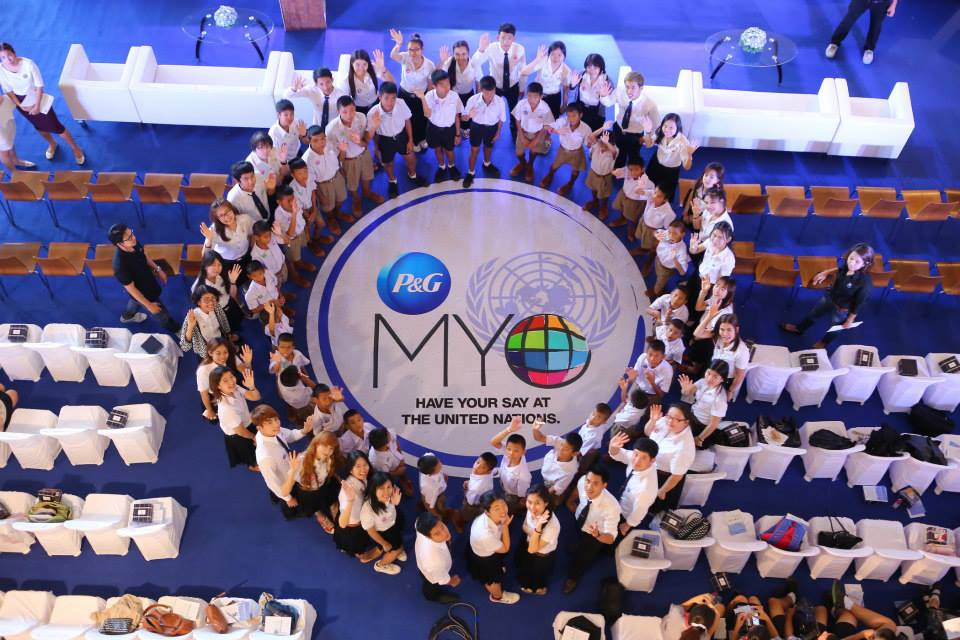 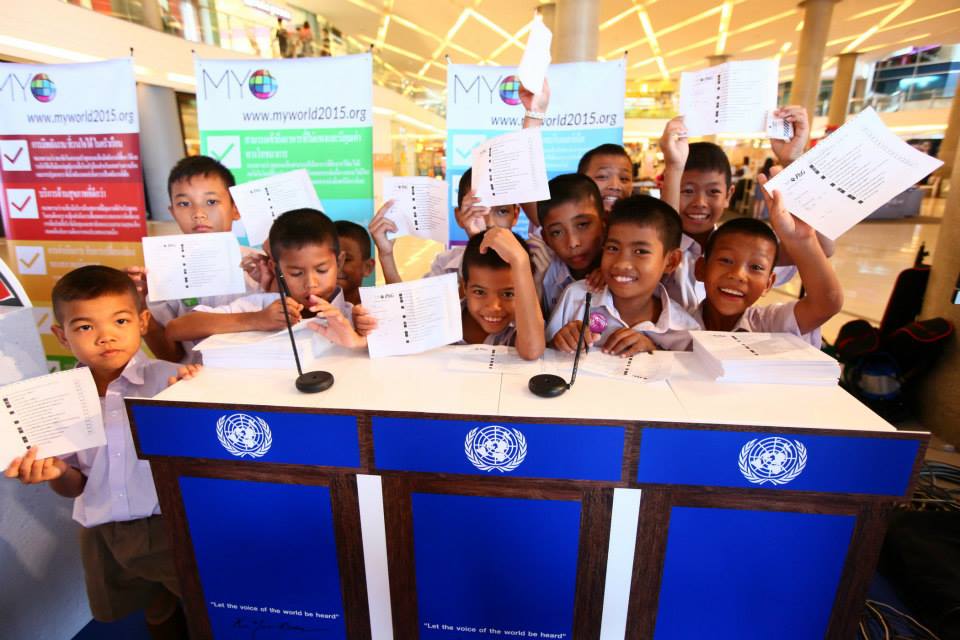 As an important partner of the UN in Thailand, P&G has cooperated closely with the UN in the two campaigns to promote MY World survey.  “I’m thanking the United Nations for letting P&G be a part of this world-changing beginning.  Today, under the “Have Your Say at the United Nations” campaign, we are closer to the goal in improving the life quality of the world’s citizens,” Mr. Raul Falcon, Managing Director of P&G Thailand said.

The launch itself drew in approximately 100 votes on paper ballots.  Prior to the launch, MY World event at Satit Prasarnmit School was held to educate them about MY World.  More than 2,000 students voted.

The UNCT’s focus for MYWorld Campaign in 2014 is to disseminate the results the MYWorld survey and make sure that more Thai voices are being heard.  The results of the MyWorld in 2013 by Dhurajik Pundit University International College (DPUIC) are succinctly captured through a short animated clip at http://th.on.un.org.   Thai voters’ top priorities are “A good education”, “An honest and responsive government,” and “Better healthcare”. 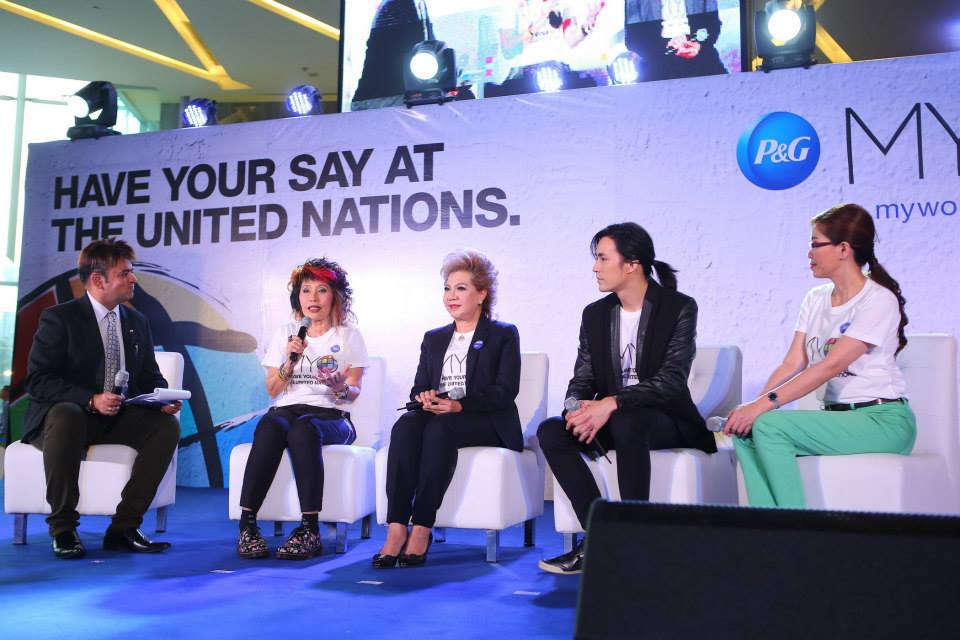 A panel discussion among important personalities in Thai society to share their views on priorities for Thailand, included Ms. Khunying Pornthip Rojanasunand, M.D. Director-General of Central Institute of Forensic Science, expressed her concern on the increase of violence and crime, especially domestic violence within the household, which are often unreported.   Another panelists, such Ms. ML Preyapan Sritawat, former senator and Mr. Ruj-Suparuj Techaton, Star singer, both thanked the UN and P&G for an initiative that is truly beneficial for all Thai people and society.

“The impact of climate change causes severe weather fluctuations” said one student, bringing attention to why action on climate change should be chosen as a priority.   Another student voted for “Better job opportunities due to the increasing number of new graduates each year more than available jobs.”

The launch ended with a mini-concert by Ruj and other Star singers, included Dew-Arunpong Chaiwinit, Tum-Suthon Busamsai and CeeDee-Kanthee Pitithan encouraging more Thai people to take part in the MYWorld Survey. 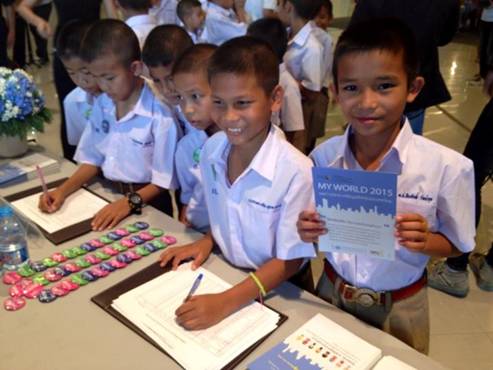 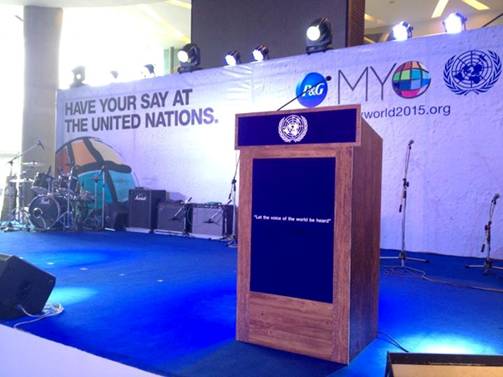 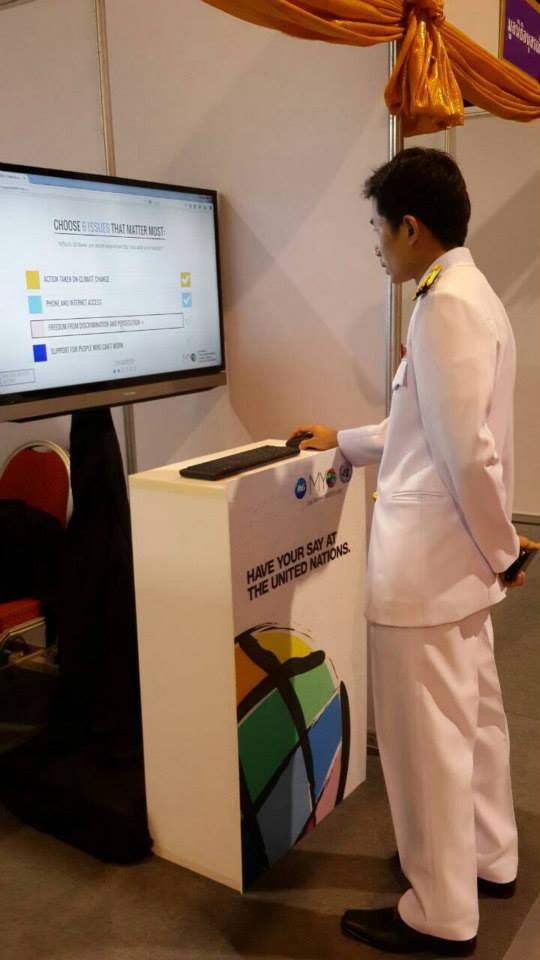 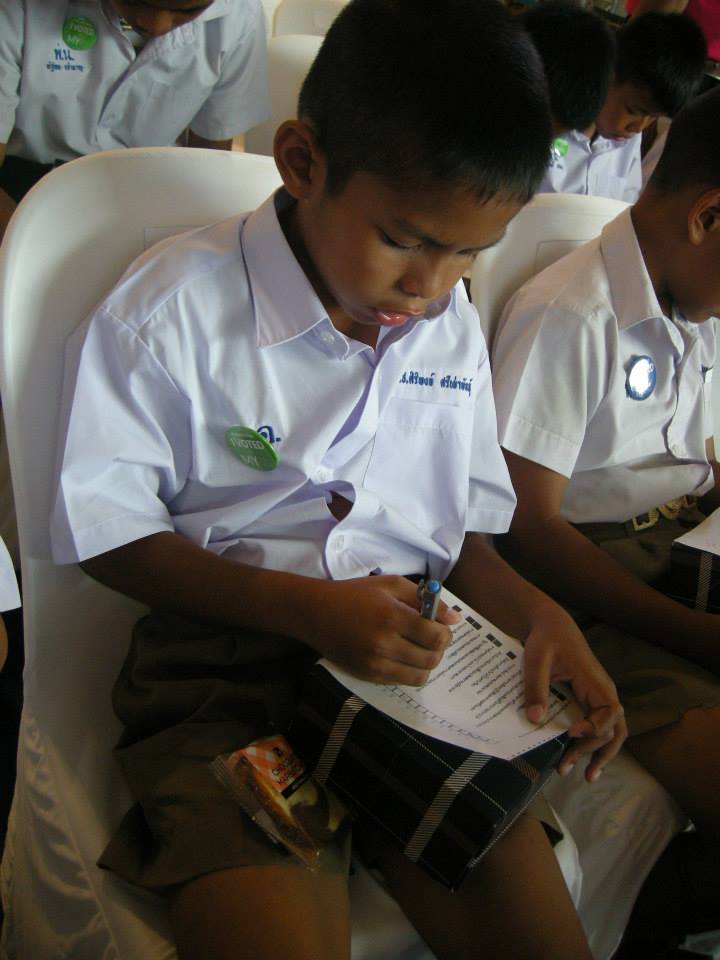 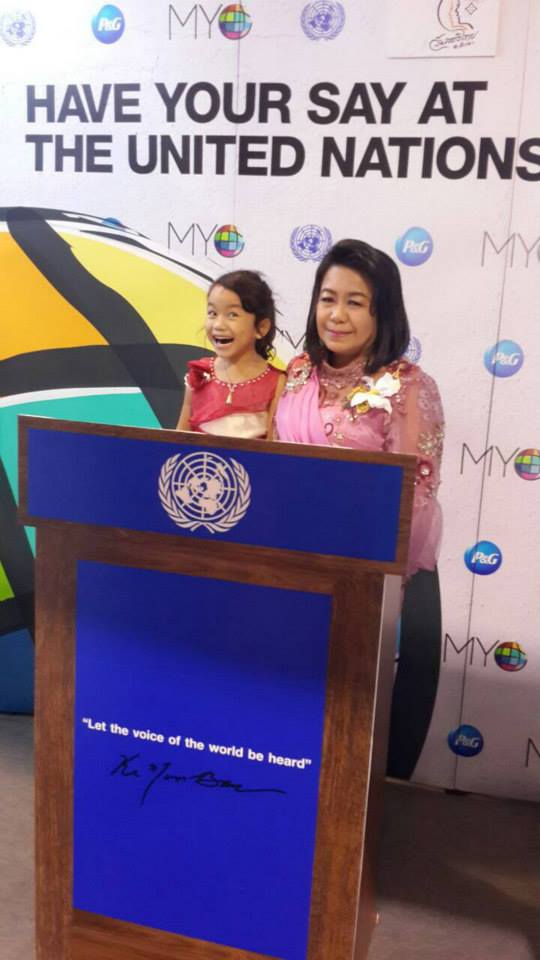