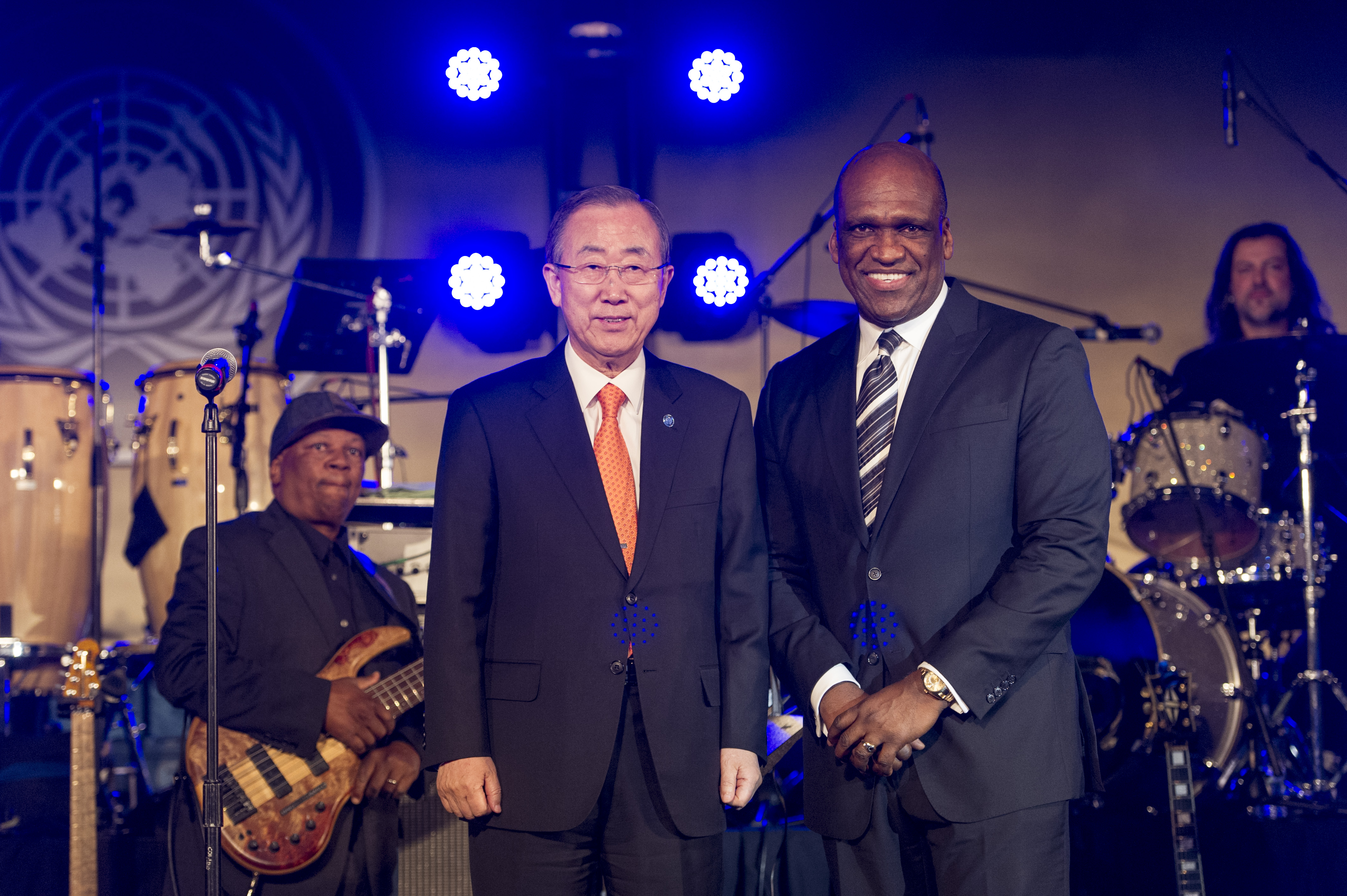 On Friday, 6 June, the President of the 68th General Assembly, Mr. John Ashe, invited people to join in a concert in the United Nations. The theme of the concert was: “Setting the Stage – 2015 and beyond”. Watch the concert video.

The show transformed the North Lawn building into a multimedia visual spectacle of multicolored lights, projections, and videos. It united an enthusiastic crowd of delegates, staff members, consultants, interns, families and friends. They danced, laughed and sang along in the spirit of unity towards creating a better world.

The United Nations Secretary-General opened theceremony with some lighthearted jokes: “President Ashe has strong connections throughout the diplomatic community.  But now I know he is also tight with the Caribbean music community! As the first UN Secretary-General to ever quote Bob Marley in a speech, I approve!”

He then became more serious, saying that the post-2015 development framework is a once in a generation opportunity that needs to connect to people and sing. He mentioned the MY World survey as an opportunity to convey the voices of citizens: “that is why we have opened the process to millions of voices through the “My World” survey.”

The international musicians who played all shared the same spirit reflected in Ban Ki-moon’s speech. Joyful in song, they also quietly reflected on their personal experiences and called upon the UN to unite and address concerns around the world.

The “2015, Join the Journey” video debuted calling on people everywhere to join leaders of the past by ending poverty and joining the journey towards a better future in 2030. It also called upon people to vote in the MY World Survey.