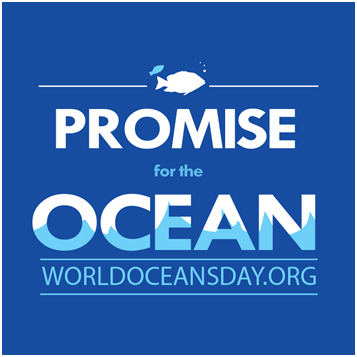 “We have to ensure that oceans continue to meet our needs without compromising those of future generations. They regulate the planet’s climate and are a significant source of nutrition. Their surface provides essential passage for global trade, while their depths hold current and future solutions to humanity’s energy needs.”   -Secretary-General Ban Ki-moon (2014 World Oceans Day Message)

June 8th was World Oceans Day, officially recognized by the United Nations officially since 2008. The First Annual World Ocean Day Photo Contest was held where photographs of the ocean were submitted and displayed in at the UN Headquarters in New York. Today, June 10th, UNESCO Headquarters in Paris, France will celebrate World Oceans day with a day of events highlighting the organization’s multidisciplinary approach to work on ocean-related issues. World Oceans Day has offered a variety of ways people can make a difference including ‘Making a Promise.’

Of the 2,226,589 votes on MYWorld, 680,484 have voted for ‘Protecting forests, rivers and oceans’ for the next Sustainable Development Goals.

Next week, member-states will discuss one of the 17 present proposed goals for the post-2015 development agenda. The goal, ‘Attain conservation and sustainable use of marine Resources, oceans and seas’ addresses targets dealing with ocean acidification, sustainable small scale fisheries and marine protected areas. Civil society can raise the importance of this priority through MYWorld and the WorldWeWant platform.

In visualizing where ‘Oceans’ fall in the global conversation, one can see the heavy link ‘Oceans’ play in nearly all other priority areas in particular, ‘Forests’, ‘Water’, ‘Climate’, and ‘Sustainability’. 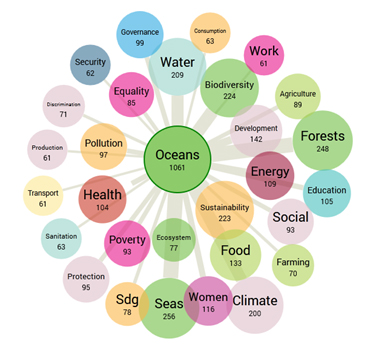 Be a part of this growing global celebration here!