The stage is set at the United Na 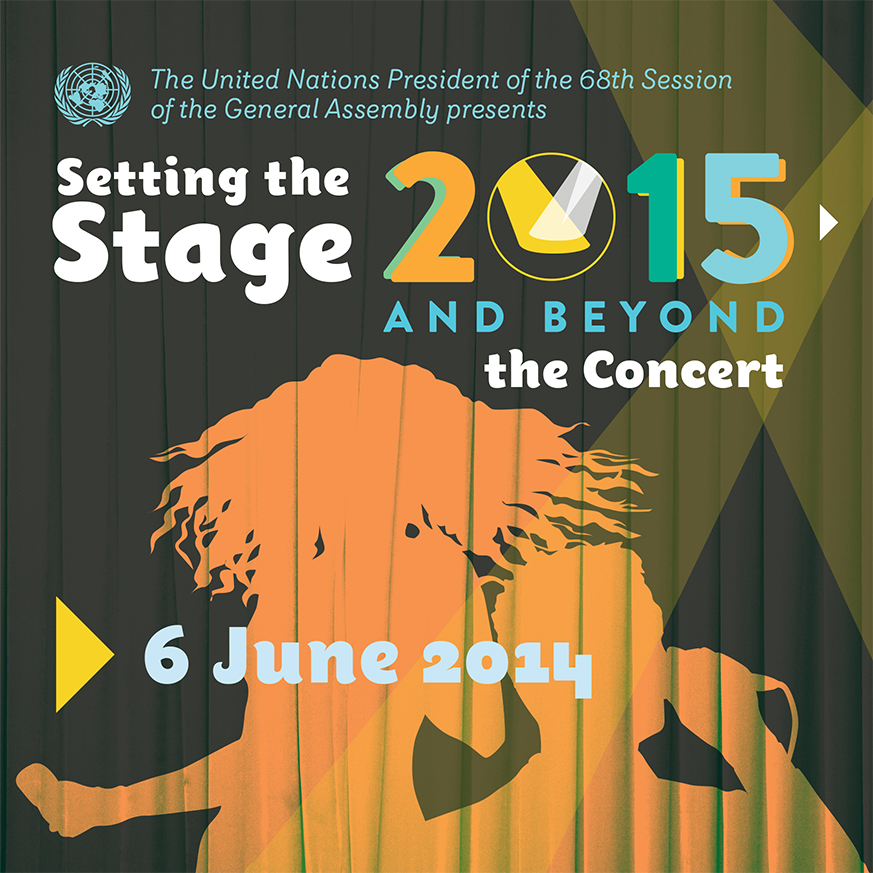 tions for a one-night concert that will bring inspiring music to focus on shaping a better future for all.

Performing artists from the world over will take the stage on Friday, June 6, at the United Nations, for a unique concert hosted by the President of the General Assembly, H.E. John W. Ashe. This event will shine a spotlight on the enormous significance of the year 2015: a once-in-a generation opportunity to set the world on a sustainable course and to take decisive action toward a peaceful and prosperous future for the planet and its inhabitants.

“In 2015 world leaders will agree on a set of development goals to focus attention and resources on key priority areas, which can really make a difference in the lives of people,” said President Ashe, describing the ongoing preparations for the world summit in 2015. “The concert will raise awareness and encourage participation in the global dialogue about what these priorities should be.”

The Secretary-General thanks the artists, musicians, activists and others “who are putting their incredible star power to work for the United Nations”, adding that “Our shared challenge is to formulate a universal agenda — crystallized in an inspiring set of goals — that will steer our world onto a truly sustainable, equitable and peaceful path.”

The concert will celebrate the significant role artists play in informing and engaging people in positive change.  On stage will be several artists from the Caribbean, H.E. Ashe’s home region, including the iconic zouk band Kassav’, and soca artists David Rudder, Machel Montano and others.  Artists from other regions include the band Lalon from Bangladesh, fusing traditional Bengali music with rock, and former child soldier and rapper Emmanuel Jal from South Sudan.

Artists participating in the concert will urge global citizens to tell world leaders about the world they want in 2015 and beyond by voting for their priorities on the My World platform.  “2015 is going to be a big year for future generations,” saidMachel Montano.  “It sets the stage for the next 15 years.  And we all have the chance to add our voices and make sure our priorities are heard.”

Actress CCH Pounder (“Law and Order”, “Avatar”) and T. J. Holmes (MSNBC) will co-MC the event, which will also feature a video by director Richard Curtis (“Four Weddings and a Funeral”, ‘Notting Hill”, “Love Actually”). The short film introduces historical and contemporary personalities who call upon youth to take action to become the first generation to see the end of poverty. “The new 2015 goals are not only a framework for the dreams of a new generation – they are the fulfilment of the dreams of the generations before.” said Curtis.

The concert will be webcast live from the United Nations.

The programme of the event is available here: http://www.un.org/en/ga/president/68/events/662014concert.shtml