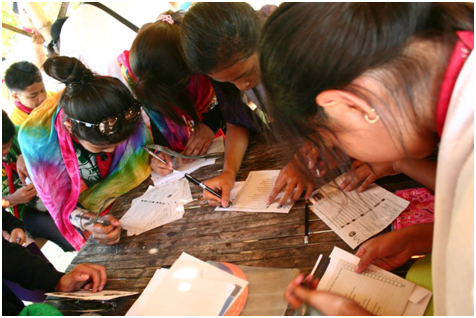 By Daryl Alfred “apol” Y. Tadique, Youth Coordinator of MY World 2015 and World We Want campaigns in the Philippines

Not minding the hot summer sun, Scouts participating on the 6th NSVC visited and participated in the MY World Global Voting Day and on the My World 2015 Global Week of Action. The MY World Youth volunteers put up a booth inside the Global Development Village, one of the main modules of the said camp, with known government and non-government organizations. 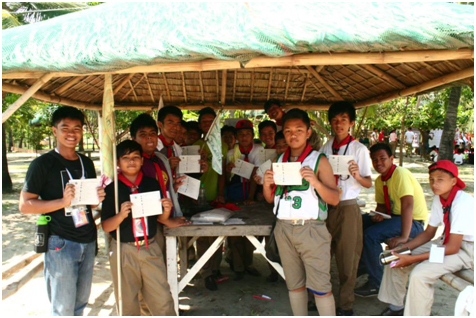 Volunteers briefed the Scouts about when and how the United Nations started its different branches, the Millennium Development Goals and the Post-2015 Development Agenda, and the My World 2015 survey. During the Global Week of Action, the Scouts did not only participate on the survey; they also participated in the Thunderclap, a platform that allows a single message to be mass-shared. Scouts used their social media accounts to disseminate tweets, posts, graphics and videos that are linked to the My World Global Survey. 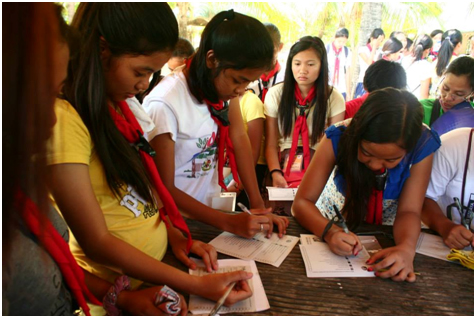 During the Opening Ceremony of the 6th National Scout Venture Camp, Atty. Wendel E. Avisado, Senior Vice- President and Acting Secretary- General of the Boy Scouts of the Philippines, recognized the participation of the United Nations My World 2015 for the Post-2015 Development Agenda. In show of support Atty. Avisado said:

“I am encouraging the members of the Boy Scouts of the Philippines to participate and be aware on the MY World 2015 global campaign, a significant survey of the United Nations to create a better world. Let every voice be heard! Let us start to take action and mark a difference for our future! ” 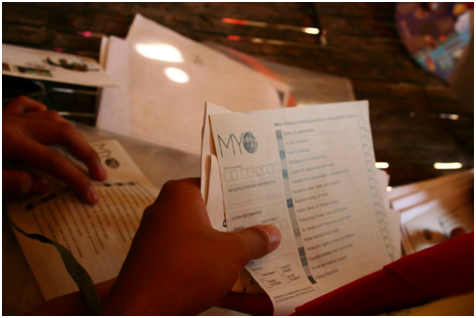 During the Global Week of Action, the volunteers have garnered an estimate of 200 social media accounts for the Thunderclap campaign, while around 700 Scouts participated and voted in the My World 2015 Global Survey.