“The earth, the air, the land and the water are not an inheritance from our fore fathers but on loan from our children. So we have to handover to them at least as it was handed over to us.” 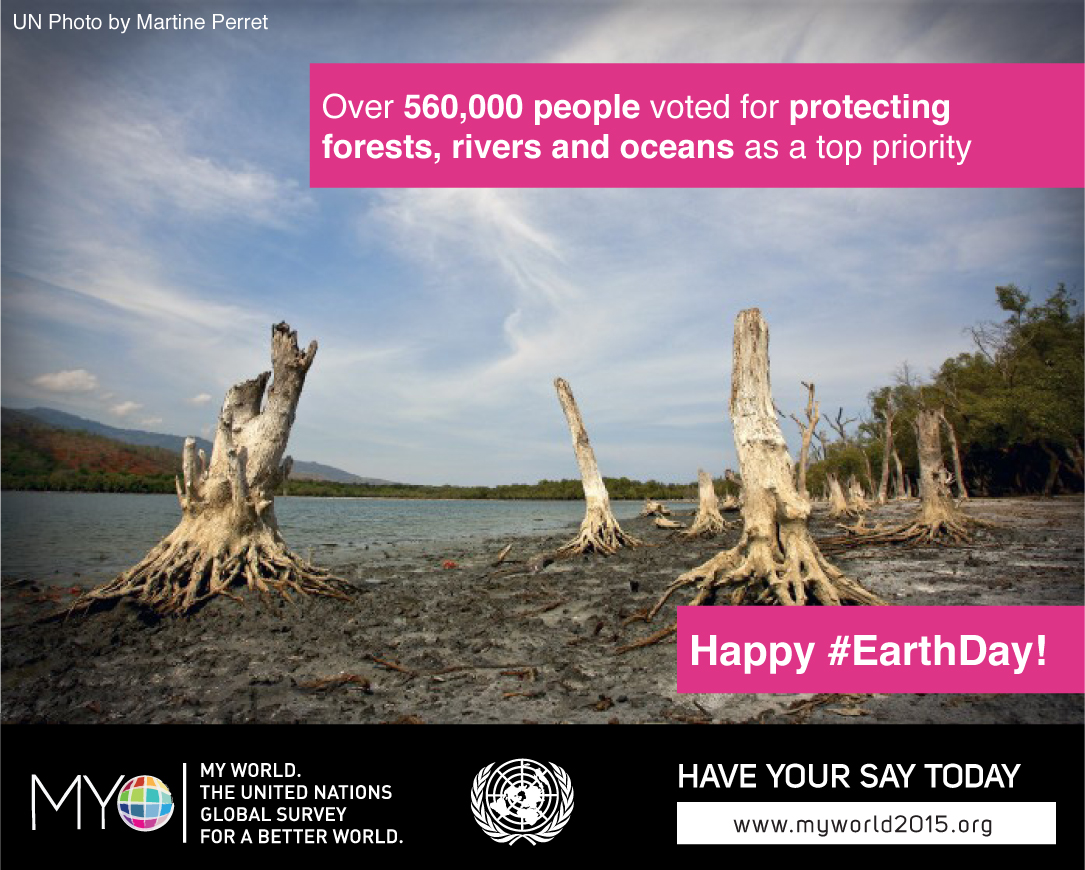 Celebrated every year by more than a billion people in 180 nations, Earth Day is credited with starting the environmental movement in the U.S.

Of the over 1,854,848 (as of 22 April 2014) citizens around the world who have voted on MyWorld, over 792,160 people voted for ‘Access to Clean Water and Sanitation,’ over 563,608 voted ‘Protecting Rivers, Forests and Oceans,’ and over 380,842 voted for ‘Action taken on Climate Change,’ signaling the strong desire to move toward a sustainable future from cities and communities around the world!

By defining the world’s problems as environmental ones we’re directing our attention to some of the fundamental problems of poverty. MY World priorities can help to channel the fight for a clean and safe environment into building a healthy, safe and diverse world for generations.