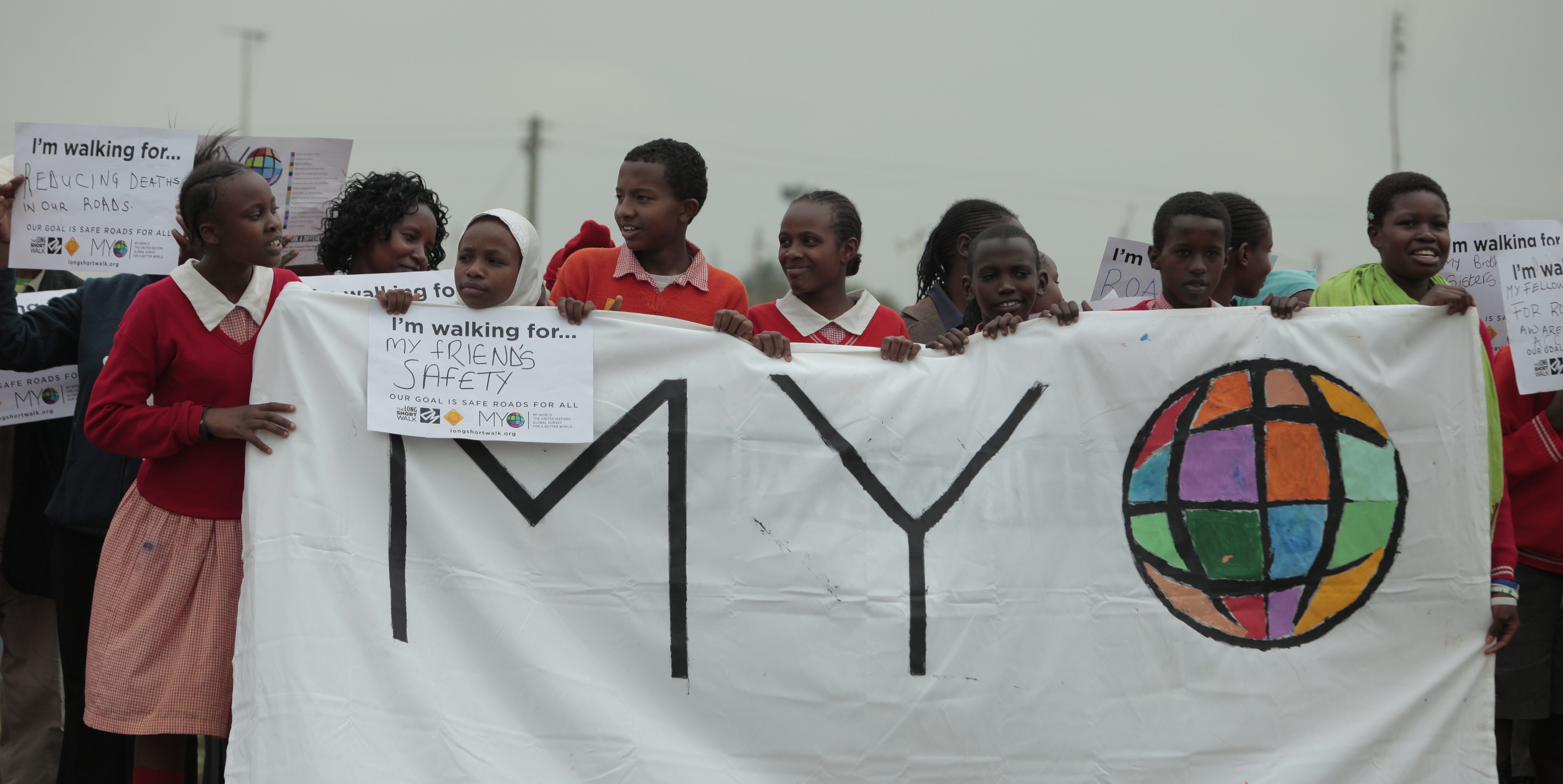 September 2013, New York.   The voices of the over 1,160,000 people who have voted in MY World in 194 countries have reached the United Nations through an innovative interactive exhibition called “Listening to One Million Voices”. Open to the public at Danny Kaye Exhibition Center at UNICEF headquarters in New York until November 28th, this exhibit brings to life the wealth of data collected from the survey all over the world and explains the results of this ground-breaking project through which the United Nations invites citizens to take part in the process defining the next development agenda.

MY World results offer a clear outline of what global citizens would like the next global agenda to include. The existing Millennium Development Goals (MDGs) continue to be important as people’s priorities are ensuring access to education, healthcare, water and sanitation.  However, survey results point to new issues which will need to be included in the future development agenda, the most important of these are better job opportunities and an honest and responsive government.

“For the last year, the UN has been encouraging an unprecedented ‘global conversation’ on the world that people want,” said Ban Ki-moon on the launch of the report “A Million Voices: The World We Want” that analyzed the results gathered on several consultation process including MY World. “These million voices tell us that we have a big and urgent job ahead: to agree on a new development agenda that carries the same simplicity and strength as the MDG framework – an agenda that serves both people and the planet. A new era demands a new vision. As we continue to support the negotiations, the UN system will continue to bring the voices of the people to the table,” he added.

How MY World has reached over 1 million votes so far?

The “Listening to One Million Voices” exhibition also aims to showcase the unprecedented mobilization and creativity that this project has generated around the world by showing the work done by over 700 partners in 194 countries. 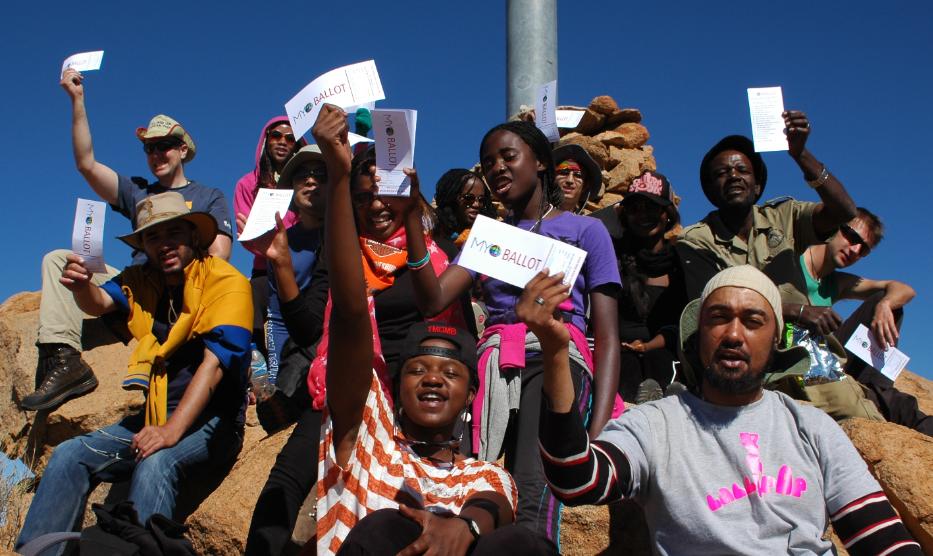 “This extraordinary scope not have been possible without the work of over 700 organizations across the world who have worked with us to ensure MY World could reach everyone, including those who are not usually consulted.” underlined Corinne Woods, Global Director of the UN Millennium Campaign “and there are extraordinary examples of this-  such as the  774  members of the Nigerian Youth Corp who reached 145,000 people in each of Nigeria’s 77 states, the  United Nations Volunteers who took  the survey to women at maternal health centers in Haiti  and the many volunteers taking MY World to the waste pickers in the slums of Dharavi, India”.

On 25 September 2013, in the framework of the UN General Assembly in New York and the opening of the “Listening to One Million Voices” exhibit, the UN Millennium Campaign organized the MY World Partner recognition event and Award Ceremony as a way to further recognize their work. The MY World Awards were granted to a selection of  partners who have stood out for their performance in the promotion of the MY World survey at the national or international level through any of the MY World available implementation channels: online, offline and through mobile technology.

Ms. Zoleka Mandela, founder of Make Roads Safe Campaign, one of MY Word´s partners, acted as master of ceremonies “This campaign is about the world that I want all our children to inherit. My world, our world, is one where we face up to the preventable crises; and those that we can solve with great collective effort” she said in her opening remarks.

Check out the Photo gallery of the event 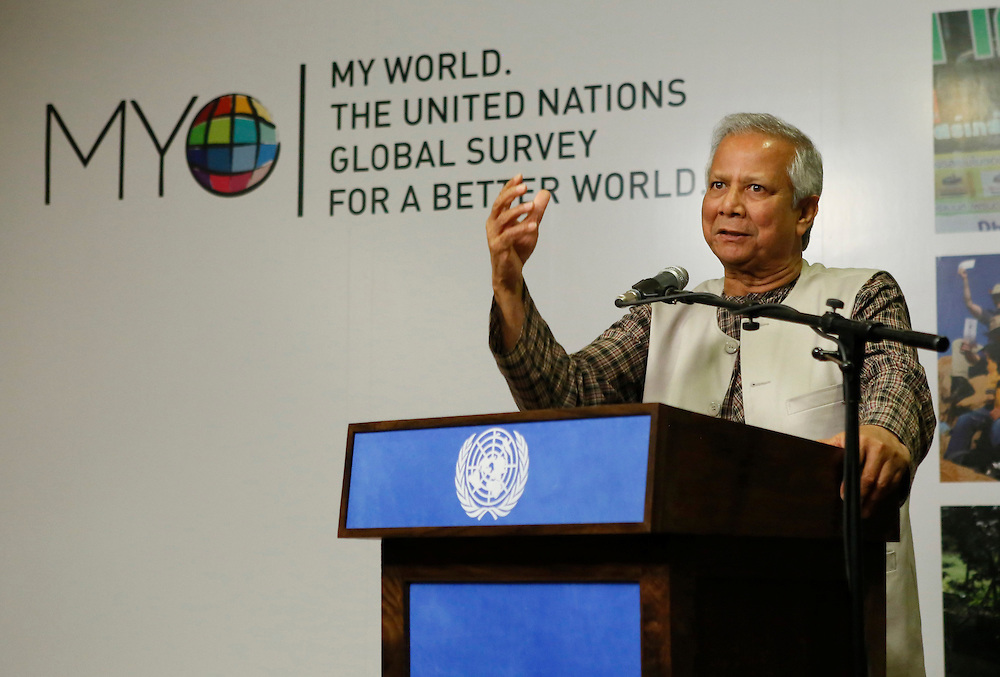 What are people saying?

The 68th Session of the UN General Assembly in New York also provided the ideal framework to share these results with global leaders. “Listening to ONE MILLION Voices” is also the title of the report that analyzes the results from these first million votes.

Claire Melamed, Head of Growth, Poverty and Inequality at the Overseas Development Institute, and one of the authors of this report said “What’s remarkable is the level of agreement from people across the world about what they feel is most important. The data shows that regardless of income, geography or gender people consistently place education, health, jobs and an honest government at the top of their list of priorities.”

Over 80% of participants in MY World are from developing countries, half of participants completed the survey using the ballot ‘pen and paper’ method, and over one third have low education levels and are likely to be living in poverty.

My World ushers in a new way of involving citizens in global decision making by introducing crowd sourcing in policy-making. Paul Ladd, Senior Advisor and Head on Post-2015, UN Development Programme  underlines “MY World is supporting multilateralism in a new way –providing lots of information on the priorities of people all around the world, and helping governments come up with a new development agenda that responds to their needs”. 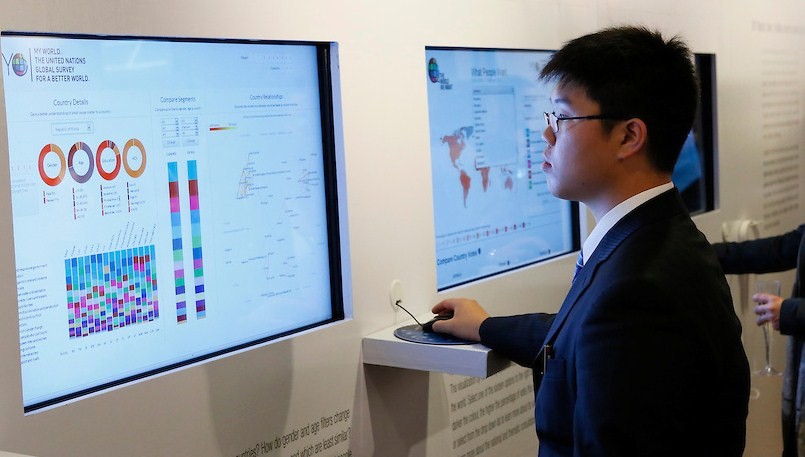 Until 2015, MY World will continue to invite citizens to have their say at the United so that their opinions can be heard during the process which will design the post-2015 agenda that will build on the MDGs.

To visit the exhibition: