The Philippines has been at it again! Following up their initial push from March through July 2013 involving the nations primary schools and youth organizations such as the boy scouts, and even  significant engagement of the private sector which brought in an astounding 35,000 votes, with an equally promising  an exciting advocacy initiative! 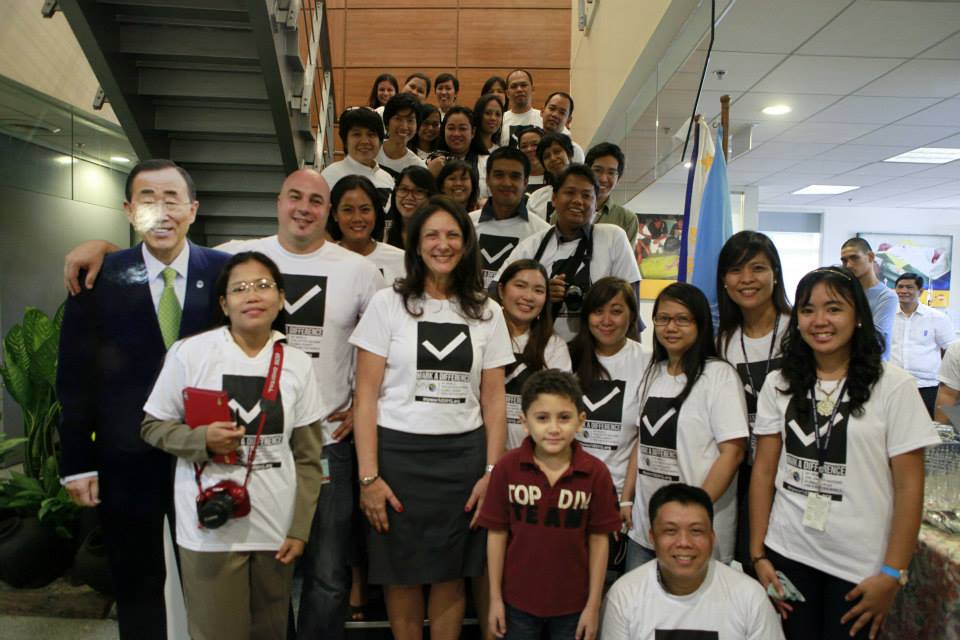 Those working in the Phillipine country office have partnered with international bloggers and public celebrities to begin a social media and publicity campaign. These influencers have emphasized MY World by highlighting, through their various means, the online voice surrounding this project. UN Resident Coordinator, Luiza Carvalho, feels that  (social media efforts and blogging) are “invaluable now, when the survey builds momentum around the world, and when a strong complement to this campaign through online discussions of the issues can be spearheaded by our social media advocates.”

On May 29th 2013, a team of 50 social media influencers and internationally acclaimed bloggers assembled at the Filipino UN country office in Mataki. Among those present were Reema Chanco, globally successful model,and fitness icon along with Charie Villa, Head of News and Online business Regional Network Group at ABS-CBN.  Renowned traveller and Globe Ambassador JP Alipio was also present; all involved participating in a luncheon event held to celebrate the positive work done by  those present in furthering post-2015 initiative. It is our hope that this effort, and others like it, will help to ensure future collaboration and partnership amongst these  budding social leaders and the MY World priority survey.

The Phillipines, exhibiting as expressed above almost 38,000 votes, a large percentage of which represent youth, is already the 4th highest in country participation out of the 194 recognized nations surveyed thus far. Filipino’s choose  the priority of good education most frequently, followed by healthcare, job opportunities, affordable and nutritious food, honest and responsive government,  access to water and sanitation, and protection against crime and violence.