Clemence Rogers, Programme Officer of the United Nations Volunteers (UNV) programme  in Haiti, receives a text message at 9:30 am “I already have 40 votes from Pilate!”

A few hourslater her phone rings again, UN Volunteers are calling from the North Department: “Here in Limbe, there are a lot of people and they all want to complete the survey form, I will soon be running out of ballots!”

She cannot help but thinking about the capital “How is the mobilization in Port-au-Prince?” 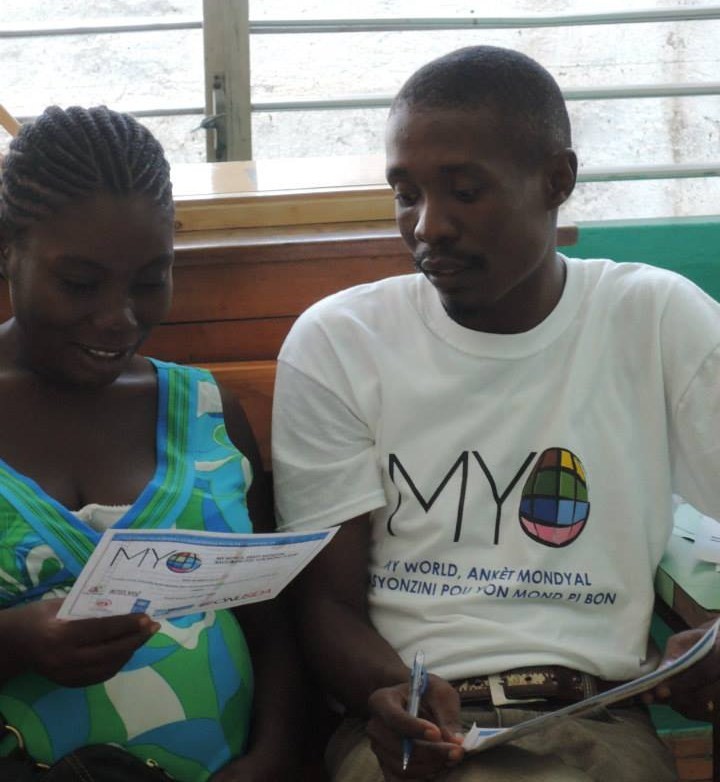 Meanwhile, all over the island, a small handful of volunteers armed only with pencils and papers is on the field to collects the voice of the Haitian people and step up as engaged citizens for the new post-2015 development agenda.

In Haiti, June 28 was the fifth edition of the Caribbean Day against HIV / AIDS organized, as usual, by the Communication Committee on AIDS (CECOSIDA). But this year, the traditional red color of the logos of organizations fighting against HIV / AIDS had an additional set of  colors : the colors of MY WORLD. In a simultaneous effort, the United Nations Volunteers, assisted by many volunteers from the Haitian Volunteer Coalition (COHAIV), went in the roads to meet the poorest and most marginalized, asking them a very simple question: What are “your” priorities for a better world? 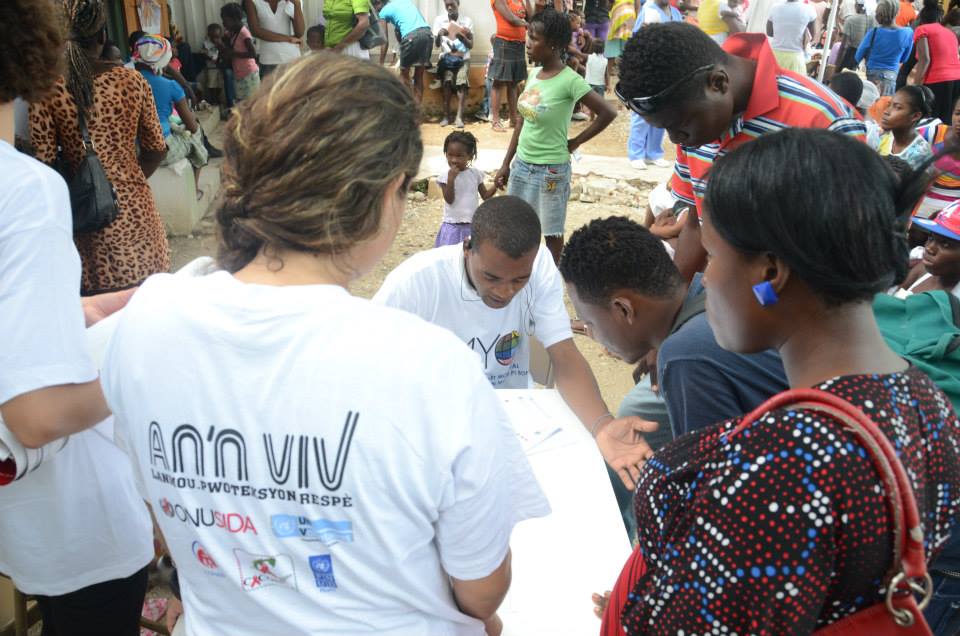 In Haiti, UNV have played a pioneering role in the dissemination of this survey among the population taking the initiative to translate the ballot in Creole. However, the global development agenda is a rather difficult and abstract thought to pass in those remote areas where the majority of the population cannot read or write.

But the MY WORLD survey is more than just the ranking of priority issues for Haiti, it is an exercise of democracy in the world, it is a tool to create a community of engaged and informed citizens participating in the shaping and implementing of the new development agenda post-2015, citizens that will hold accountable policy makers of the United Nations, governments and international organizations.

In a single day of action more than 900 ballots were collected among five departments (West, Artibonite, North, South East and Nippes). From the lady selling bananas on the side of the street to the primary school pupil, to the security guard that approached the stand to get tested, many were curious and determined to give their opinion.